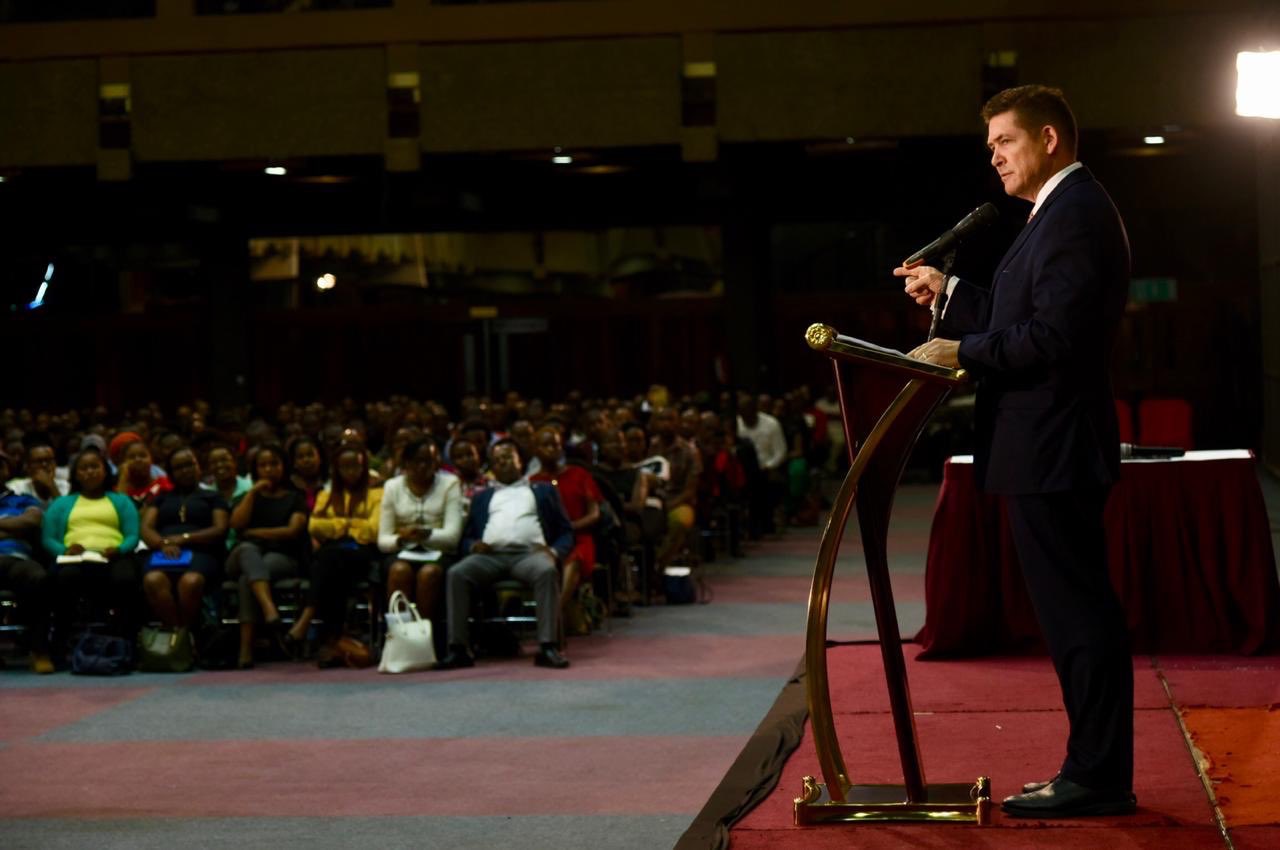 From the moment he stepped into the country after his approval as the US ambassador to Kenya, Kyle McCarter made his intentions clear. Enhancing USA-Kenya ties. He’s also been building a signature of being vocal about corruption which is hailing the country.

‘Fed Up With Corruption’ has become a dominating theme and the Motto that the ambassador has adopted in his tweets.

High price for each of us to fight corruption.Those who pay the highest price are the poor who suffer the most today, being robbed of opportunity, democracy, & institutions of law & order.Not paying 100 bob chai could=loss of a job & your children not eating.#FedUpwithCorruption

Kenya loses an estimated Sh600B every year to corruption in a country where many live under a dollar a day and also the country with most million dollar millionaires in the region. Because of corruption, basic social amenities have been undelivered.

Much of stolen public money is often stashed in foreign countries including the USA and this why Kenya needs partnerships with international partners. Swiss recently inked a deal with Kenya to help repatriate stolen money.

As an intervention, it has been proposed for Western countries where the loot is often stashed by corrupt public officials to impose sanctions on such leaders including denying them visas. This will confine them in Kenya without luxury of flying out to go blow up the billions.

Kenyans if not Africa has been waiting to see President Trump’s policies in Africa especially on tackling corruption and it seems there’s an answer. The new Ambassador Kyle has confirmed that the embassy is denying leaders who’ve been involved in corruption visas to travel to the US.

“Volume cures many an ill.” A vibrant economy 2x larger than today will employ youth & give them a way to contribute to the success of the nation vs violent extremism. We must end theft & invest in the next generation now. #stopthesethieves #endcorruptionnow pic.twitter.com/2gVY3ZUwBg

This is a big step in the direction and we can only hope the worst is yet to happen, it’s a great opportunity for the ambassador to make a name as the only USA ambassador in Africa to have ever publicly and loudly joined hands in fighting corruption that is now eating up our generations.

JKIA And KBC Risk Being Auctioned