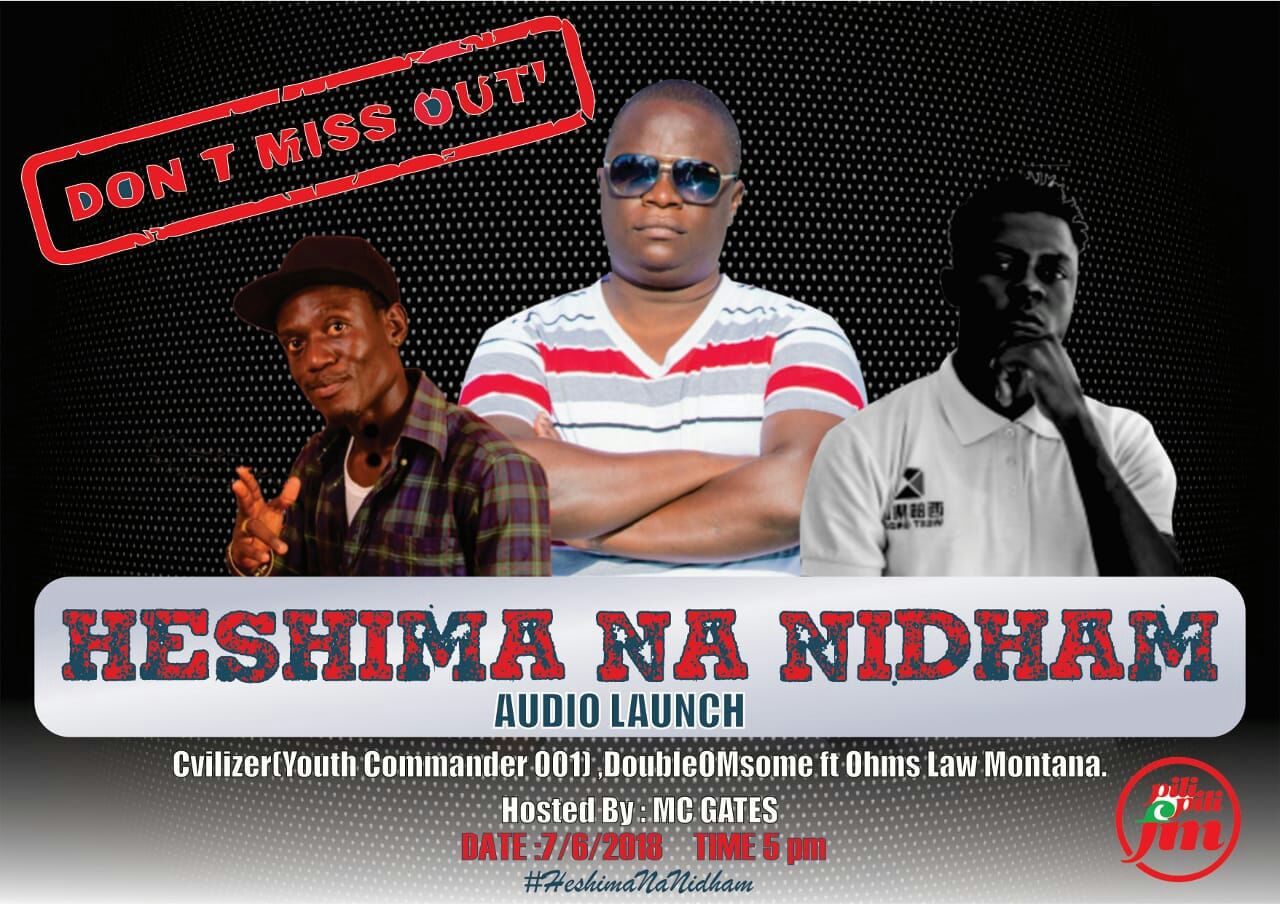 When you have a gift and talent deeply entrenched within you and on top of that the society trusts you with leadership to represent the youth, you do all matters youth and beyond. Hon Moses A. Oindo (commander 001) or Cvilizer as he is commonly known in artistic spheres is that guy.

Mheshimiwa wears many caps and in a sure way that is exclusively his own, he does a proper balancing act to ensure they all fit perfectly well. He is everblazing in political circles and at the same time keeps his rapping flames on. This rap lord never hanged the mic, he still goes back to the booth and uses his political influence to tap, nurture and bring undiscovered talent to light. He does this through his foundation ( Cvlizer Foundation) which promotes arts and sports among other things, also under him is rapper Jasper who is signed to Nairobi based More Media.

His recent song (Heshima na Nidham) with two super talented upcoming rappers Double O and Ohms Law Montana is a testimony to this. The single will be launching on Pili Pili fm on 7th June 2018, 5pm hosted by Mc Gates. The title of the song itself is quite different from these daily songs that praise imaginary wealth and women. That’s what you should expect from a mheshimiwa who lives up to his title.

We are living at times when the society’s linen is stained, hanged in open and no one seems to care. The news is full of corruption scandals that are in a wrong way tilting the thinking of our youth to believe that looting is the quickest and smart way to obtaining wealth.

This is truly not the case; ‘heshima na nidham’ shifts that mentality to an all-time proven, inspiring and proper way of doing things. Hard work and discipline. With the coastal feel, sweet rhythm, flow, witty rhymes, punch lines and word plays in the song the rappers can only leave the listeners yearning for more.

In a twist of its own, Cvilizer writes a new page in hip hop history with this song. Hip hop culture has always been against the established because it’s fuelled by impoverished conditions. His song is a slight deviation from the hip hop subgenre that developed in the 1980s as a way of calling for any form of social activism. He is in the system and doing what should be done to and for the people.

It’s no doubt that politically charged songs carried a range of styles and messages eliciting a debate as to whether musicians should comment on activism or matters political. Cvilizer’s creativity in this song is blowing a wind of change to the game; rappers are becoming politicians and politicians are collaborating with rappers.

The song shows that things have changed and concepts can go beyond dissing the system. Today at least every assembly has an artist, Jonson Sakaja (Nairobi Senator) is known for his excellent flow and nice rhymes and Starehe Mp Jaguar is known to have made hits as a kapuka singer.

Cvilizer is nominated member of Mombasa county assembly representing the youth, he is inspiring, nurturing and pushing talents to the next level among other things. ‘Heshima na Nidhamu’ song is good, and that’s leadership right there.

Related Content:  A Man In Nyeri Could Enter The Guinness Book Of World Records As The Oldest Human On Planet
Kenya Insights allows guest blogging, if you want to be published on Kenya’s most authoritative and accurate blog, have an expose, news TIPS, story angles, human interest stories, drop us an email on [email protected] or via Telegram
Related Topics:
Up Next

Ifikie Wazazi: Spare Us The Hypocrisy, The Society Is To Blame For The Raunchy Internet Behaviour