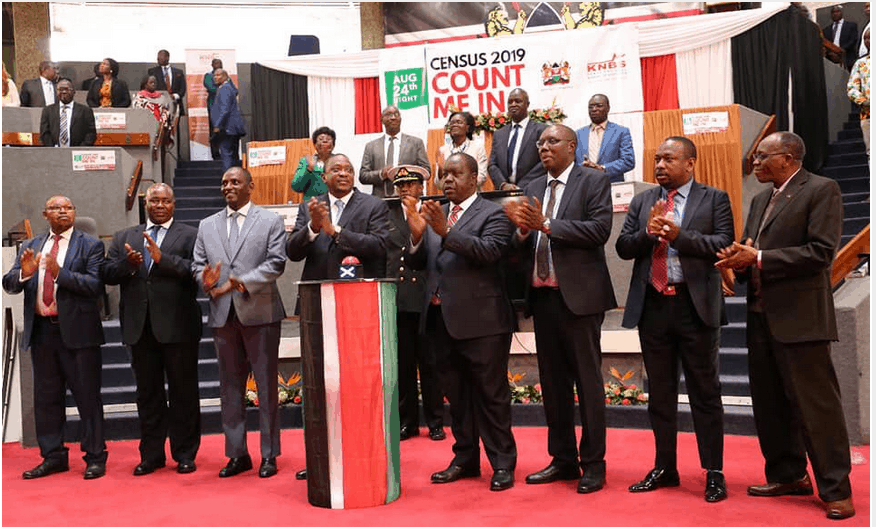 The countries sixth national census that took place last month on the night of 24th can be canceled by the Cabinet following changes to the law a few days before the August 24 population count. The Cabinet now has the power to cancel data collected by the Kenya National Bureau of Statistics (KNBS).

Upon request by the Board, the Cabinet Secretary may with the approval of the Cabinet, cause any official statistical data collected, analysed and disseminated by the bureau to be cancelled, revised or adjusted after ascertaining that the data is not accurate,” states the new clause in the Statistics (Amendment) Act, 2019.

Signed on August 14 by President Kenyatta, the amended law allows the Cabinet Secretary for Planning with the approval of the cabinet to revise, adjust or cancel the results of official data collected ranging from economic growth data and monthly inflation numbers to the census and  within fourteen days publish the official data that has been cancelled, revised or adjusted under sub-section (3), in the Gazette.

KNBS, addressing the fears of  the implications of such a change in the law claims the law was not amended because of the census. “Amendments are normally for all statistics. This now gives the bureau a wider kind of a leeway within the legal framework so that we ensure we have accurate statistics,” KNBS director-general Zachary Mwangi said, also adding the bureau has many parameters used to ascertain the accuracy of data.

KNBS had to reassure the public after analysts believe the timing of the law change was triggered by the anticipation of the August population census whose preliminary results will be released by the end of November.

This new law welcomes the option to solve problems arising from numbers that get disputed. For instance, the 2009 population census results from certain zones in northern Kenya were highly suspicious prompting then Planning minister Wycliffe Oparanya (now Kakamega governor) to cancel them albeit after a long push and pull.

In a country where data on population determines the allocation of cash from the Treasury to the counties. Numbers may get inflated for this reason looking to get certain counties more funds. The law will therefore be used to verify the numbers and determine whether they are accurate when any data is collected.

Kenya Insights allows guest blogging, if you want to be published on Kenya’s most authoritative and accurate blog, have an expose, news, story angles, human interest stories, drop us an email on tips.kenyainsights@gmail.com or via Telegram
Related Topics:cabinetcensus 2019KNBS
Up Next