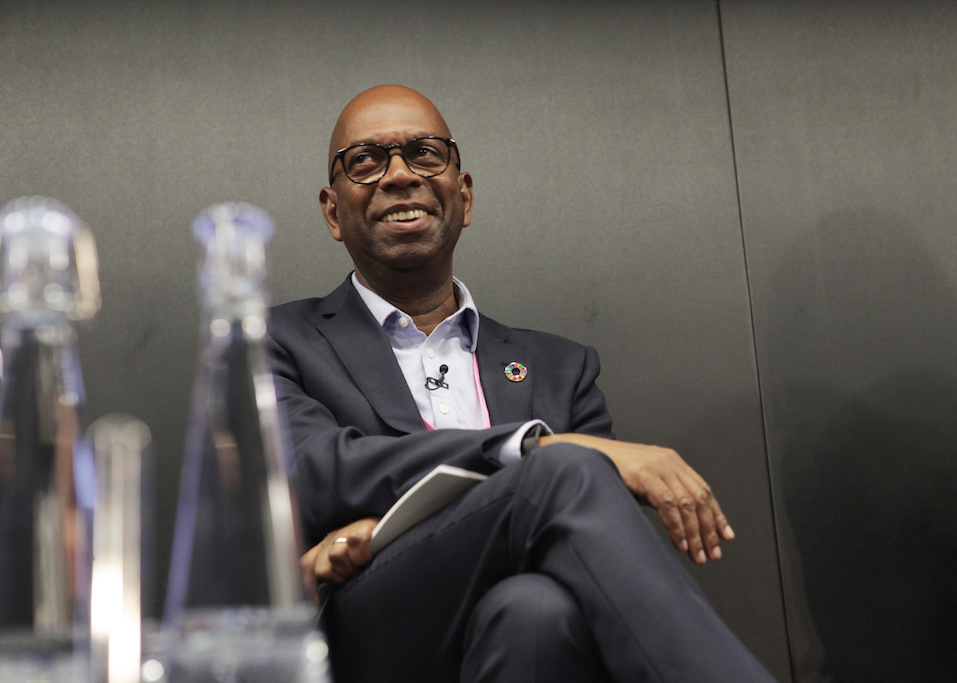 For nearly 10 or so years, Bob Collymore, who died on Monday at his home in Nairobi, has been the face of profit-making telco giant Safaricom.

Until the time of his death, Collymore was arguably the most well-known CEO to the Kenyan public.
But while many Kenyans readily recognised his face and voice, there are a few things about that man that the public may not have been privy to.

Here are ten interesting things about the life and times of Collymore:

1. Citizenship and early life: Born Robert William Collymore, the Guyanese- born Briton stayed with his grandmother in Guyana until he was 16 years old. He then moved to the United Kingdom to live with his mother.

2. Early hustler: Collymore started making his own money at the tender age of 12 years. As a pre-teen he would make jewellery and art from shells for sale. When he moved to the UK he landed his first job at 16 years and worked in a departmental store as an office boy. From his earnings he paid his bills.

3. Education: Collymore never went to university. After finishing high school at Selhurst High School, he was offered a place at Warwick University but he turned down the offer because he was ineligible for funding.

“I wanted to go to university and I disliked not having gone and for some years after I wished I’d gone. Now it doesn’t matter, (but) I would always advise a young person to go to the best university you can find,” he once said about his educational background.

4. ‘No love’ for Kenyan food: Although he lived in Kenya for more than 10 years, Collymore did not like Kenyan food. He actually preferred Chinese and Indian cuisine.

5. Marriages and divorces: Collymore was married three times and divorced twice. In an interview with Sunday Nation in August 2018, he talked about his previous marriages.

“The first marriage was a mistake for sure. I was too young — in my 20s. The second one was not a mistake, what was a mistake was how we conducted it,” he said. In April 2016, Collymore married Clare Wambui Kamiru at an invite- only wedding which was held at his private residence in Kitisuru, Nairobi. 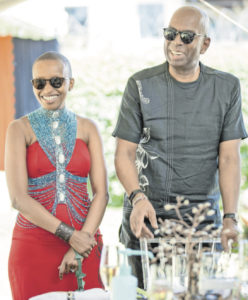 6. Hobbies and alternative career: Collymore was known for his great love for books of different genres. He also loved flying helicopters and seeing the world. He would spend more than Sh35, 000 an hour on hiring a chopper.

Collymore would definitely have been a painter, if he was not working in the telecommunication industry. From the age of 12 years, he loved art and jewellery-making.

7. National decoration: In 2012, Collymore was awarded the Moran of the Burning Spear (MBS). The award is in recognition of outstanding or distinguished services rendered to the nation in various capacities and responsibilities and is given by the president of Kenya.

8. Children: Little is known of his children but during his many interviews he mentioned a son and an adopted daughter. “Guess whose son just received his 1st Class Honours degree in music from Martha Lane-Fox at a graduation ceremony at London’s Barbican,’’ Collymore said in a social media post.

Related Content:  Big Blow As Kenya The Biggest Avocado Exporter In Africa Is Banned From The Trade

“The other significant thing that happened in my 50s is that I adopted my daughter — we have a 50-year difference between us. That was a great thing,” said Collymore. Collymore also shared two children with his wife Wambui from her previous marriage.

9. Confidante: Collymore once had only one trusted friend. Unfortunately, he lost the friend. This came up when he was asked who he thought genuinely connected with him as Bob and not as the CEO. “I remember many years ago, Wambui my wife asked me the same question. I said I don’t and that’s why I only have one friend, unfortunately that friend died. She said wow! But over the eight years of being here, we’ve seen more and more people emerge as genuine friends or people who genuinely care. So I have a very small circle of good friends, and they come from different kinds of backgrounds. It’s tough for people like me because we actually want people to care more,” he said.

10. Mortality: After realising he had cancer Collymore accepted that death was
inevitable. He even shared with his close friends about how prepared he was as early as last year in August. “Death is inevitable and I have made the decision not to cling on the thought of it because it will eventually come. I just do not know when. I have chosen to focus on the things that are more important to me. Now I know it’s kind of impossible
for somebody to live for 200 years. [Chuckles].
But something very important is that when you have cancer the idea of death is near, and so it doesn’t surprise unlike you who is healthy but death could be coming in the next minute or tomorrow morning,” he said.