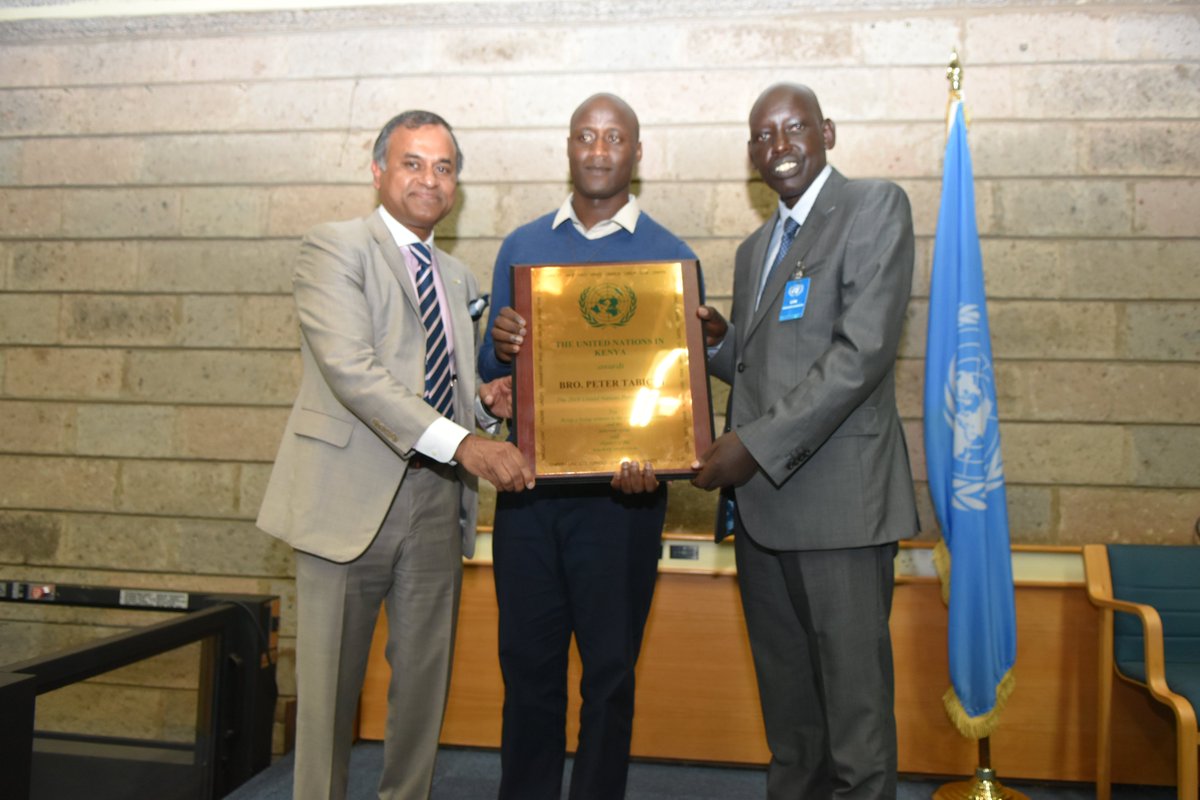 The worlds best teacher, brother Peter Tabichi, has been named the United Nations Person of the Year in Kenya. Tabichi, 36, who is a math and physics teacher, won the Global Teacher Prize earlier this year.

The UN person of the year has attributed his latest recognition to the achievements of his students, saying they have elevated him to national and global fame. Brother Tabichi was recognised for efforts in promoting education. The UN has, since 2002, awarded and recognised different Kenyans who have been an inspiration to others.

It is a great honor to receive the UN in Kenya Person of the Year Award🙏I also want to congratulate Mr Erick Ademba for scooping the AU Continental Teacher Prize. Africa is a continent bursting with promise🌈God bless us all @UnKenya @TSC_KE @VarkeyFdn @TeacherPrize @TeachForAll pic.twitter.com/fFQbNY4hWC

While receiving the Award, the teacher at Keriko Secondary School in Nakuru, called on governments to make sure education, especially for girls, is a right adding that around 6 million girls of school-going age around the world do not get the chance to go to school. “Good education should not be a matter of luck but should be a right. Today people continue to struggle to learn. The role of education should be to unlock the best in people and give them the skills to relate with others in the society.”

In March, Tabichi became the first teacher from Africa to win the fifth edition of the World Teacher of the Year award, which came with a Sh100 million cash prize.

Related Content:  Kenya Enters Big Boys Oil Club With First Sh1.2B In Crude Oil Sales
Kenya Insights allows guest blogging, if you want to be published on Kenya’s most authoritative and accurate blog, have an expose, news, story angles, human interest stories, drop us an email on tips.kenyainsights@gmail.com or via Telegram
Related Topics:
Up Next