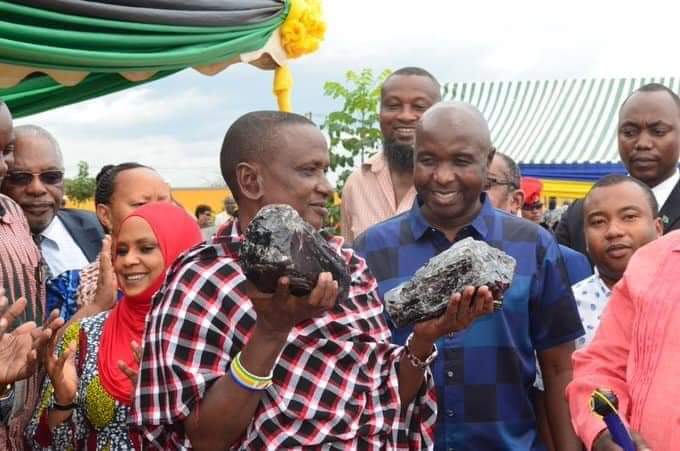 A Tanzanian hand-miner became an instant millionaire after selling two of the largest tanzanite gems ever discovered to the government.

The East African nation’s central bank paid Saniniu Laizer 7.7 billion shillings ($3.3 million) for the stones, which weighed 9.2 kilograms (20.3 pounds) and 5.8 kilograms. Laizer, clad in the traditional red and white checkered robes of the Maasai community, received the payment at an award ceremony in the northeastern Manyara region and broadcast on national television on Wednesday.

President John Magufuli said the purchase from Laizer was vindication of reforms to the mining industry that the government has implemented since he came to power in 2015. The changes include the introduction of centers where small-scale miners can trade their finds.

Tanzania is the world’s only source of tanzanite, a blue-purple gem that’s found at the foot of Mount Kilimanjaro.

Kenya Insights allows guest blogging, if you want to be published on Kenya’s most authoritative and accurate blog, have an expose, news TIPS, story angles, human interest stories, drop us an email on [email protected] or via Telegram
Related Content:  Construction Site In Mandera Attacked By Al-shabaab Millitants
Related Topics:
Up Next