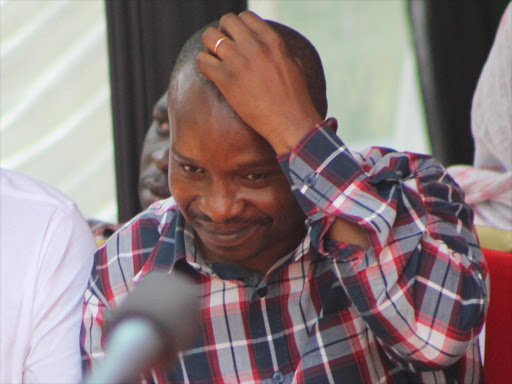 T/A Kithure Kindiki & Associates, a law firm associated with Tharaka-Nithi Senator Professor Kithure Kindiki has found itself on the receiving end after being found guilty of violating the rights of one of their employees who was wrongfully dismissed from the firm.

The employee, Josephine Mokaya then a young lawyer was being forced to go on unpaid maternity leave. Upon refusal the employer opted to end her employment on redundancy grounds.

According to court documents seen Kenya Insights, Ms Josephine joined the firm as a pupil on 2nd June, 2015. After she was admitted to the bar and became an advocate she was retained by the firm on 1st January, 2016 and continued working diligently and in an exemplary manner until her employment was unlawfully and unprocedurally terminated.

She served on contractual basis and her last contract was renewed on 29thDecember, 2017 for a period of one year commencing on the 1st January, 2018 and was to end on 31st December, 2018. She earned a monthly salary of Kshs.92,149.

On or about the 26th January, 2018, she informed her employer that she was pregnant and that she intended to proceed for her maternity leave from the 5th March, 2018 to 5th June, 2018.  The leave was approved.

But to her utter surprise, the approval of the maternity leave was withdrawn with no sufficient reason explanation.

Related Content:  Dr Roselyn Akombe Reminds Senator Wako Why He Was Slapped With A US Travel Ban

On 1st March, 2018, the petitioner received a letter of termination in which was stated that the reason for the termination was due to “a long spell of financial constraints.”

It is painful reminding Professor Kithure Kindiki that according to the Constitution and in particular Article 27 of the Constitution which provides that every person is equal before the law and has the right to equal protection and equal benefits of the law and that a person shall not discriminate directly or indirectly against another person on any ground, including race, sex, pregnancy, marital status, ethnic or social origin, colour, age, disability, religion, conscience, belief, culture, dress, language or birth.

According to the ruling that had favored the former employee, the professor himself presided over the whole mess with utmost arrogance and impunity. Below are excerpts from the ruling that exposes him;

“That the said leave was duly approved but subsequently the Chairman and founder of the respondent, Hon. Kithure Kindiki, rescinded the paid leave offered to the petitioner; cajoled the Petitioner to accept unpaid leave and when she insisted on her right to paid maternity leave,  Hon. Kindiki, hinted to her that her employment would be terminated unless she changed her mind on the issue of paid maternity leave and when she persisted on her right she received a notice of termination of her employment written by Hon. Kithure Kindiki dated 1/3/2018, to take effect on 31st March, 2018.  It is opportune to note that the notice of termination was made and dated a few days to the date the petitioner was due to leave for her maternity leave.

An ally of Deputy President William Ruto prides in himself as a Professor of International Law but clearly in localized yet global laws, he chose a blind eye.

Kenya Insights allows guest blogging, if you want to be published on Kenya’s most authoritative and accurate blog, have an expose, news TIPS, story angles, human interest stories, drop us an email on [email protected] or via Telegram
Related Topics:Kithure KindikiKithure Kindiki & associates
Up Next

Uhuru: Pandora Papers Will Lift Veil Of Secrecy For Those Who Can’t Explain Their Wealth