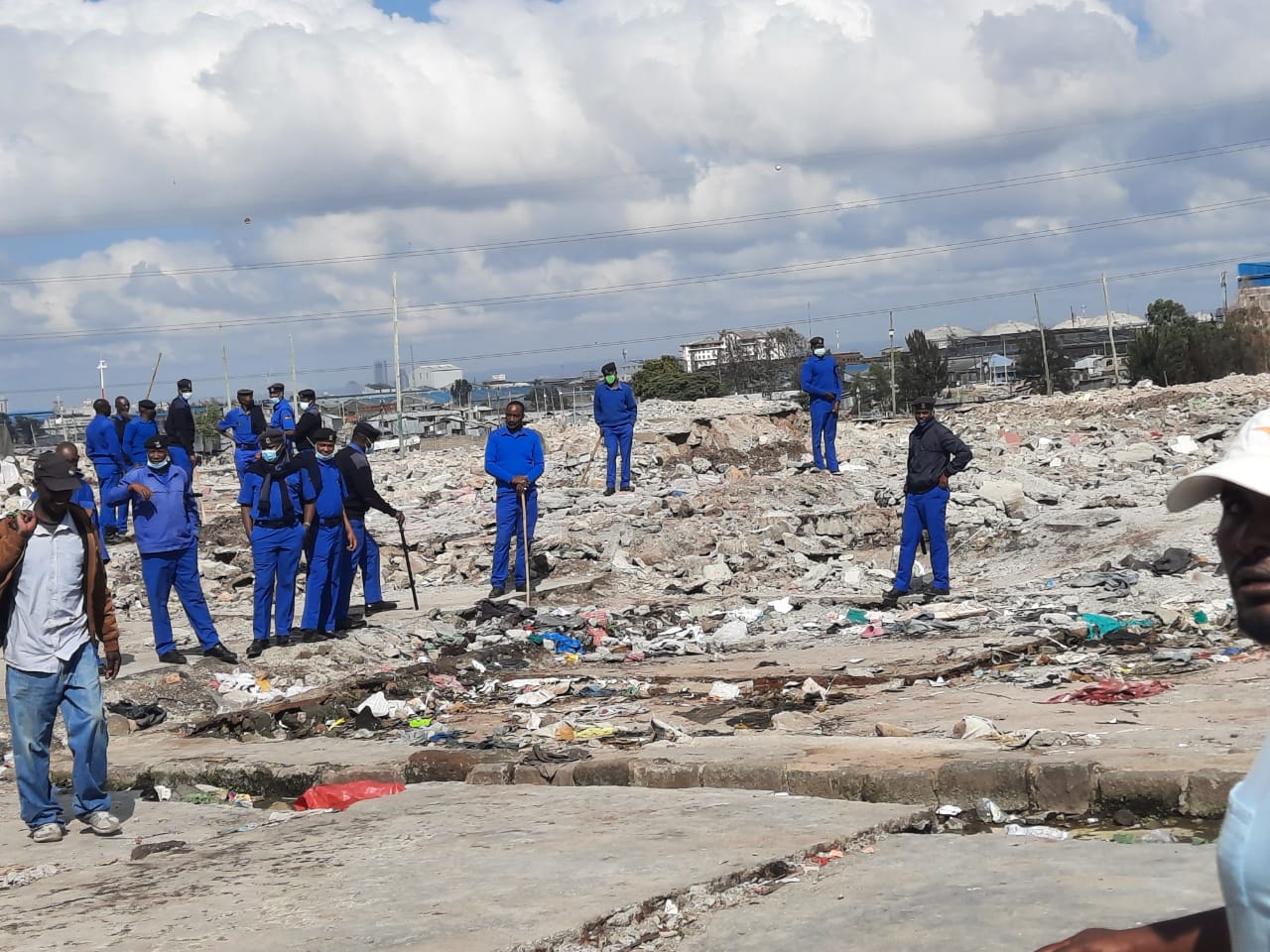 Interested senior government officials are behind the botched Mukuru Kwa Njenga demolitions that left one person dead and others injured.A preliminary investigations report shows the senior officials had been allocated the land in question and were using police and road construction as an excuse to evict the residents.The report further shows that some senior police officers were compromised and acted beyond their mandate. Part of the area had been sub-divided into 1329 plots with 450 already sold.As a result, more heads are expected to roll, especially from the National Government Administration officials.Already, the Nairobi Region police commander Augustine Nthumbi and Embakasi sub-county police commander (SCPC) John Nyamu have been sent on compulsory leave as the probe continues.Nthumbi has been replaced by his deputy James Mugera in acting capacity while the new Embakasi OCPD is Masai Makau.President Uhuru Kenyatta had directed that the dwellers be allowed to reoccupy their pieces of land even as a private developer, Orbit Chemicals, put up a protracted fight to block the re-occupation.On Tuesday, Nairobi Metropolitan Service (NMS) Director General, Lieutenant Mohammed Badi, visited the area and announced that President Kenyatta had directed that they be allowed back to their land. Uhuru also ordered that they be resettled at the government’s cost.Today, the Interior Cabinet Secretary Fred Matiang’i accompanied by his Lands counterpart, Farida Karoney will hold a meeting with elders drawn from slum in a bid to break the stalemate before touring the slum from where they will address the squatters.The investigations are conducted by the National Police Service’s Internal Affairs Unit (IAU) and other human rights organisations.A section of senior officers who spoke on condition of anonymity yesterday told People Daily the decision to deploy the officers was made at the Regional security and intelligence committee.Residents evictedAs a result, thousands of residents were evicted from the area to pave way for construction of a road and housing units.“They alerted their seniors of the operation and have now been sacrificed. This will definitely affect how things will be done moving forward,” one of the officers said.Sources however said the Inspector General of Police Hillary Mutyambai, though aware of the operation, was not given the full information about the extent of the eviction which was conducted on Christmas Day.President Kenyatta, upon receiving the preliminary report made a night visit to the site on December 27 where he met and talked to some locals. The following day, Mutyambai and NMS’ Badi visited parts of the slums to quell a standoff over the eviction of locals from the private land before the police boss announced that Nthumbi and Embakasi OCPD had been sent on leave.The IAU detectives, led by Mohammed Amin, have recorded statements from the affected parties and are expected to furnish the Interior Ministry and the IG with a report tomorrow, Friday.The investigators have received minutes of meetings that ratified the deployment of police and been informed top police commanders were aware of the eviction.Demolitions in Mukuru started on October 12, 2021, where residents living along road reserves on Catherine Ndereba Road were asked to vacate with immediate effect as the government commenced demolitions to pave way for construction of the Nairobi Expressway.On Tuesday, the developer, Orbit Chemicals CEO at a press conference in Nairobi maintained that he was the proprietor of the land and would oppose settlement by intruders by all means possible.“We have the court orders, we have the proof that Orbit Chemicals is the owner of the titles and we will continue to pursue this land,” Sachan Chandaria, said.Chandaria said they bought the piece of land from the National Bank of Kenya in 1997 but the government placed a caveat on it which was later removed.Lt Gen Badi however reiterated that the residents will be allowed to occupy their land.“President Uhuru Kenyatta has directed that all the developments to continue while the other part of land should be given to you to reconstruct your houses. His excellency very soon will visit this area bring you iron-sheets and timber to reconstruct your houses,” Badi said.

Related Content:  Migori Based Magistrate Suspected Of Defiling A Minor Arrested
Kenya Insights allows guest blogging, if you want to be published on Kenya’s most authoritative and accurate blog, have an expose, news TIPS, story angles, human interest stories, drop us an email on [email protected] or via Telegram
Related Topics:
Up Next