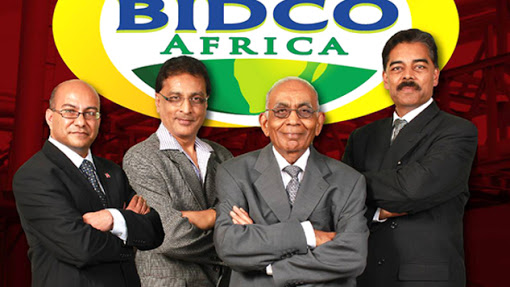 The Shah family and owners of Bidco

After losing people in the streets to police bullets, NASA switched their strategies up after Uhuru was declared a winner in an election that has left the world shocked given its massive failure. Kenneth Roth, the Human Rights Watch CEO has described Uhuru’s win as laughable, he recently tweeted, “With a laughable 98.3% of the vote (though a mere 38% turnout), Kenya’s Uhuru Kenyatta claims a sort of “victory.”

Unlike the previous election where the Western community poured congratulatory notes to Uhuru almost immediately after he was declared, the repeat win has been treated with caution, no international leader is yet to openly congratulate Uhuru in his win. The legitimacy of his presidency is slowly sinking in as nonexistent.

NASA has resorted to civil disobedience and is now on product boycott, the now National Resistance Movement instructed supporters to keep off Bidco, Safaricom and Brookside products as they were deemed to have contributed largely I funding Jubilee. The flagged companies have had their lifetime also in the past week.

Bidco, a company that has been battling bad publicity given bad reputation from it’s operations is once again a victim of the politics. According to claims made, Bidco has been used to launder billions of stolen taxpayers money inline funding the activities of Jubilee. This has been made possible by the conspiracy between the company and corrupt state officials.

Vimal Shah, the long-serving BIDCO CEO has been used as a decoy for cleaning Jubilee looted money back to the economy.

Vimal Shah between Dec 2012 and May 2013 he was a hunted man by KRA for tax evasion amounting to 175million he operated Btn courts injunctions to avoid arrest, he experienced two employees strikes due to backlog salaries.

Related Content:  With the Initially Dropped Names Interviewed, Just What Will JSC Consider to Appoint the Next Chief Justice

2013 heading to 2014 Jubilee made a serious testy creamy corrupt deal that gave them nearly Sh.165billion kill. A theft of poor Kenyan taxes using SGR. Sh.165billion is massive money in the hands of looters, it bought a hotel in Singapore and the rest invested in Kenyan economy using Vimal Shah.

Vimal Shah who was unable to pay workers and a man KRA was on the chase turned a good friend of Jubilee his taxes were written off, his company got new heavy shareholders the Jubilee SGR proceeds got where to be cleaned. Vimalshah did a Sh2billion Bidco upgrade.

In 2015, Vimal Shah got more cash to clean from Jubilee’s Eurobond together with already SGR proceeds. Vimal Shah who was unable to raise Sh.175million KRA taxes now started building a Sh.350billion Bidco industrial park that will take nearly 12,000 employees when complete. The biggest industrial park in sub-Saharan Africa. Source of money no loan but left hand Kenyan taxpayers money.

Today Bidco Industrial Park, a multi-billion industrial park is third way operational and constructions still on, Vimal Shah is a decoy, not the owner, that is poor Kenyans stolen cash being cleaned to re-enter economy using Vimal Shah.

When Resist and Boycott were announced you saw how real owners of Bidco Industrial Park innocently came out furious and breathing blood, they tweeted like 5 times calling it extortion on Bidco. The real owners were speaking how Bidco Industrial Park massive expansion will create 12,000 employees. They forgot Brookside and Safaricom were equally mentioned but went ahead to only defend their massive looted investments. Ask yourself how they knew all about a private Bidco firm current and future plans? Only devil can explain, they left themselves naked.

Related Content:  Oluoch: Okoth's Successor Should Come From His Family Not The Raila's

Whatever Bidco has it’s your looted money, as you cry high cost of living the cause is Bidco, today you and other Kenyans are paying SGR loans which half is in private pockets being cleaned by Bidco Industrial Park to re-enter to the economy.

Bidco and some crazy Asian investors are the ones used to clean looted money. One is that Indian operating as RAI. With several manufacturing plants the idiot who as decoy used to steal Webuye Paper to private investment . Not him but some senior Jubilee, same to Bidco and Aga Khan owners of NTV, Super loaf Akida loaf and several hospitals etc.

Uhuru Kenyatta Wins The Election But Loses The Country