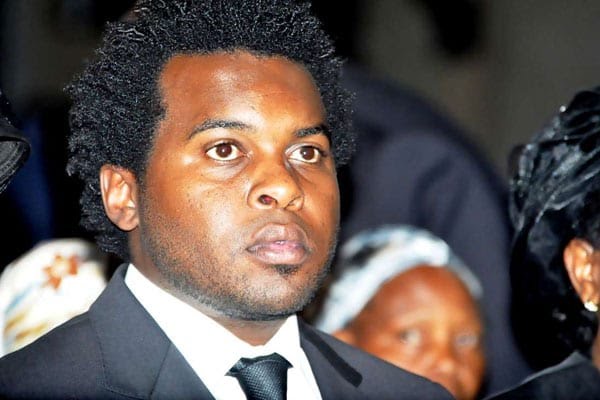 A file photo of Zachary Musengi

High Court has summoned the late Cabinet Minister Prof George Saitoti’s widow after she was accused of abducting a child in Nakuru.

Sebastian claims Zachary is his son and was abducted by Mrs Saitoti and her agents from their Subukia home well over 30 years ago.

This is not the first time Ngunju is battling the Saitoti family for the custody of Mr Musengi.

He first appeared in the public in 2012 when they filed a case in Nakuru seeking to be allowed to to institute a private prosecution against Mr Saitoti’s family. He was enjoined in the case with his wife Ms Elizabeth Maina. 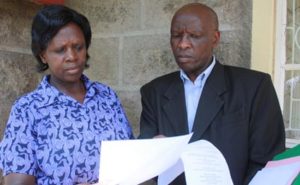 They claim their sons real name is Stephen Wachira and want him back.  Ngunju a teacher, saw Musengi during the burial of Saitoti and immediately recognised him as his lost son.

Family documents, including the birth and church baptismal certificates, and clinic card offer finer details on Stephen Wachira, who is believed to be the now adult Zachary Musengi had been represented  in court.

The court summons were presented at Saitoti’s Lavington, Nairobi residence but did not find her home for the second consecutive time. They were received by two Administration Policemen at the gate.

The matter has a new HCCC No.10/19 high court family division. Mrs Saitoti has been summoned to appear in court within 15 days from the day of serving

Related Content:  Declassified Copy Of The ‘House Intelligence Committee Whistleblower Complaint’
Kenya Insights allows guest blogging, if you want to be published on Kenya’s most authoritative and accurate blog, have an expose, news, story angles, human interest stories, drop us an email on tips.kenyainsights@gmail.com or via Telegram
Related Topics:
Up Next