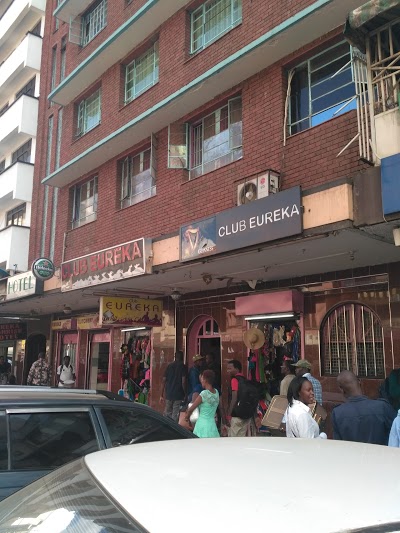 Arthur Gakuya, a policeman attached to vigilance house ‘ironically’ was allegedly robbed off his ATM cards and forced to give out the PIN numbers at gunpoint after a night of pleasure turned sour.

The unfortunate incident took place after the policeman visited Jambo grill for a meal after a drive to Juja to overlook the construction of his house. Gakuya met Peninah Afandi and Everlyne Asendi at the place and immediately formed a mutually beneficial relationship with the ladies in hopes of taking one or both of them home.

Since Gakuya who was lit with excitement had not planned for these expenses he had run out of  cash. He excused himself took a cab(called by Afandi) to the ATM and withdrew a sh 10,000 lump-sum to cover the night, this would be the only amount leaving his bank account to cover the whole night, or so he thought.

After returning to the bar he met Afandi, Asendi and another man who forced him to get in the cab with them,  a gun was pointed at him and he was ordered to surrender the Sh10,000, he was also stripped off his ATM cards and ordered to disclose the PIN numbers.

The well orchestrated plan by the group was now in motion. They sent Afandi for a test run to a nearby ATM to authenticate the PINS given then proceeded to drug and dump Gakuya in Kileleshwa.

Afandi and Asendi withdrew Sh60,000 from his two bank accounts. They went to a supermarket in Donholm area where they bought high-end household electronics and expensive bedding. They paid Sh384,000 using Gakuya’s ATM card.

Everlyne Asendi confessed everything in a statement to the DCI, including hiring a lorry to ferry the items to their homes, and even how they shared the money.

Detectives have confiscated all the items suspected to be proceeds of crime, from the women’s homes in Kayole and Umoja and recovered CCTV footage at the ATM booths and supermarket.

The two women were charged on Monday with administering stupefying drugs to Gakuya with intent to commit a felony — stealing from him and stealing his Sh384, 000.

The trial of the trio starts on  September 25.

The police are yet to identify a fourth man who was the accomplice because he was not identified from CCTV footage at ATMs or a supermarket where the women went shopping.