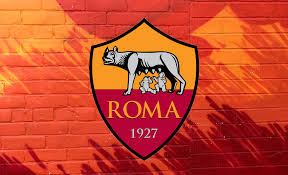 Announcing on their website Roma showed delight going on to be the major European football club to be able to communicate directly on the social media platform with millions of its fans who speak Swahili.

The new Roma account was launched four days after AS Roma used its English-language account to congratulate Eliud Kipchoge on his historic achievement in the INEOS challenge. Fans took the opportunity to ask for a swahili account to which Roma quickly obliged.

We’re delighted to launch AS Roma Swahili on Twitter today,” revealed Paul Rogers, Head of Strategy at AS Roma. Paul says after Roma launched a Pidgin account in March, they’d been inundated with requests from fans in Kenya, Tanzania, Uganda and from other Eastern and South Eastern African countries asking for an official Swahili account.

“The new Twitter account will allow us to directly engage with these fans in a way that suits them and is consistent with our strategy of breaking down the communication barriers between the club and our global fan base.”

Kenya Insights allows guest blogging, if you want to be published on Kenya’s most authoritative and accurate blog, have an expose, news, story angles, human interest stories, drop us an email on tips.kenyainsights@gmail.com or via Telegram
Related Content:  Instagram Meme Users Purged Losing More Than 500 Million Followers
Related Topics:
Up Next