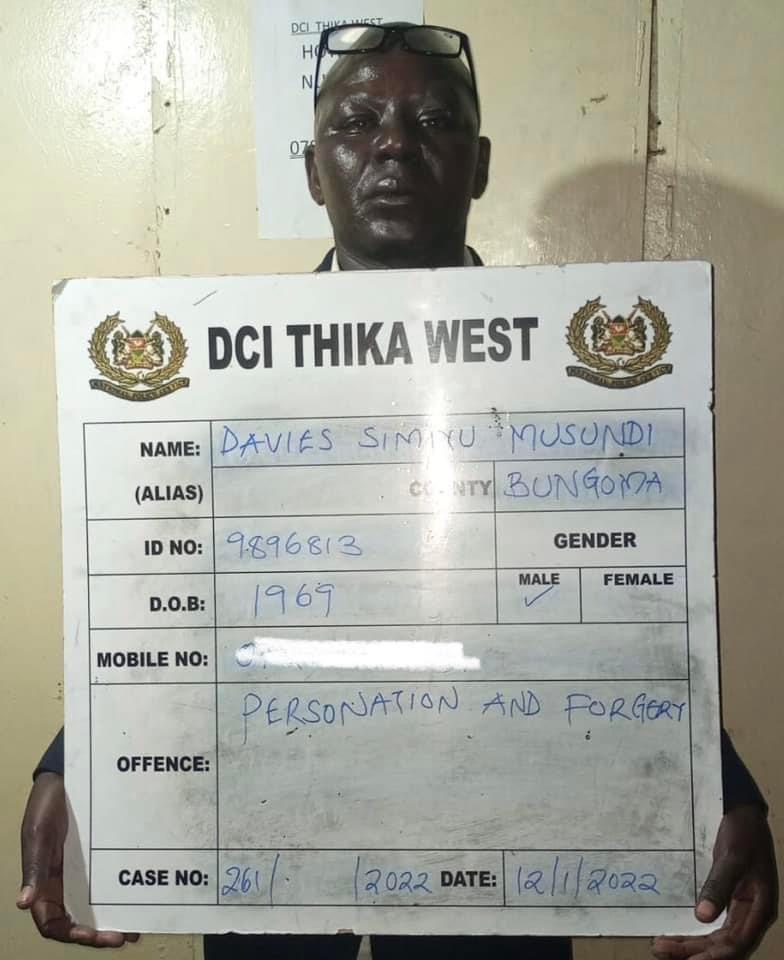 A senior police officer was almost lynched Wednesday evening, after he demanded a bribe that was not forthcoming from a liquor store owner, in Thika’s Runda estate.

Police Inspector Davis Simiyu of Kikuyu Police Station, had in the company of two others who were lucky to escape, walked to Heisenberg wines and spirits masquerading as Kenya Revenue Authority officials.

After conducting a thorough ‘inspection’ of the liquor store, they turned to the owner David Mathenge and accused him of failing to issue ETR Tax invoices to customers and selling products with fake excise stamps, after which they demanded a hefty bribe.

According to the DCI, Mathenge remained adamant that he was a diligent taxpayer operating his business legitimately, the three attempted to arrest him.

At this point, Mathenge raised alarm attracting the already agitated group of young men watching the unfolding events from the periphery as the purported KRA staff ransacked their local.

The young men came running to Mathenge’s rescue as they bayed for the blood of the three cops.

Two of the suspects managed to escape using a getaway car but Simiyu was cornered and given a thorough beating.

Police officers who were on patrol heard the commotion and rushed to the scene in time to save Simiyu.

It is after an interrogation that the officers established that Inspector Simiyu was a rogue cop on interdiction.

He is facing three court cases at the Nakuru and Milimani Law courts, for the offenses of impersonating KRA officials.

A fake KRA identification document was also recovered from him.

The suspect is currently in custody facing impersonation and forgery charges.

Related Content:  Judiciary to recruit 50 magistrates from September, CJ announces
Kenya Insights allows guest blogging, if you want to be published on Kenya’s most authoritative and accurate blog, have an expose, news TIPS, story angles, human interest stories, drop us an email on [email protected] or via Telegram
Related Topics:
Up Next