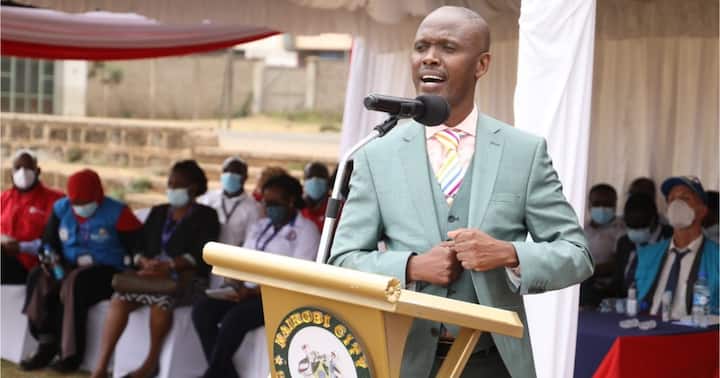 In November, The detectives who were drawn from Central Police Station arrived at City Hall with orders to arrest Dr Musumba, only for him to escape by jumping through the window and vanishing into thin air.

While the police were executing their orders, some members of the county assembly are reading malice and suspected witch-hunting on the Secretary from the notorious city hall cartels who in many occasions have used the weak links in the judiciary and police system to harass dissidents.

”The courts and DCI officers from central police station are being used by county government officers of Nairobi to settle personal scores.” A county assembly member says.

”Why are they executing an order that was issued in 2018 today?” He poses. “These institutions need to be checked to ensure known cartels are not taking advantage of them. This arrest is as a result of that.”

Kenya Insights understands that the order being executed today was issued on 5Th June 2018 at that time Musumba wasn’t the county secretary. Iris Properties Ltd and Proland Ltd had sued the county government for nonpayments.

Musumba has been holding the position since NMS came into place on an acting position.

Kenya Insights allows guest blogging, if you want to be published on Kenya’s most authoritative and accurate blog, have an expose, news TIPS, story angles, human interest stories, drop us an email on [email protected] or via Telegram
Related Content:  Media Houses Are Behaving Like Shylocks Cheating Kenyans Into Fictitious Betting Activities
Related Topics:
Up Next