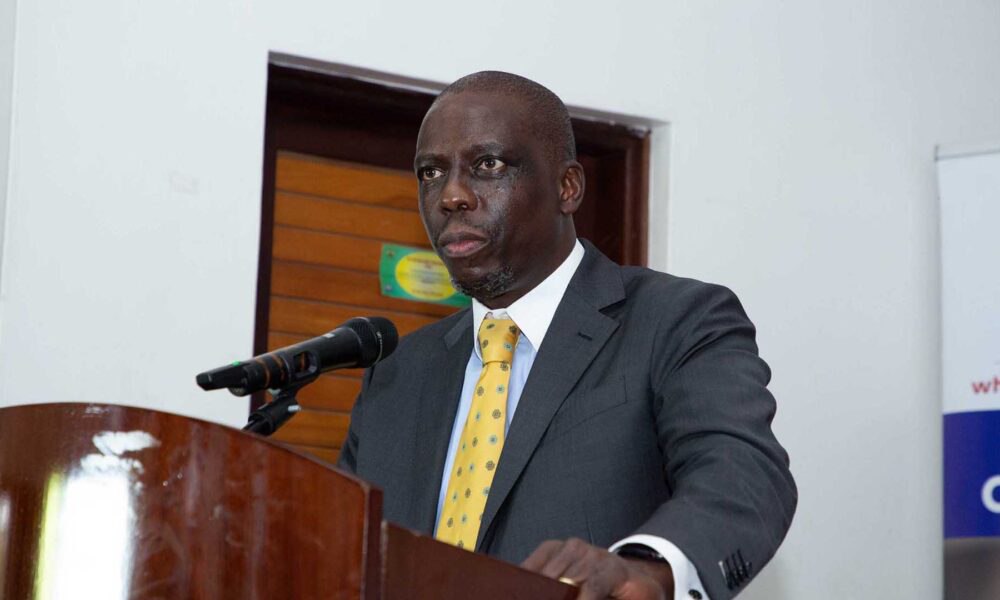 A British couple entangled in an ownership dispute of a multimillion property with a senior lawyer and his family members got a reprieve after High Court invalidated an eviction order and reinstated them to their premises.

Andrian and Carolyne Radcliffe, a British couple were evicted from the suit property L.R Number 1196/32 registered under John Cecil Ball situated along Train Lane in Karen, Nairobi after living there for 33 years.

The eviction was executed by Karen police officers and Jephys Auctioneers who carted away all household goods and demolished the house.

Nairobi lawyer evicts a family from a disputed piece of land in Karen.

Radcliffe: We’ve been here for 33yrs so things changed around mid 2010

Radcliffe: The lawyer is the one who helped us to acquire the land #CitizenWeekend pic.twitter.com/WhrdQkA9mQ

“Having demolished the house in which the petitioner with his family, Mr Radcliffe will decide how he wants to continue possession of the property until the issue of proprietorship is determined. If he wants to put up a tent, a mobile house on the land, it’s for him to make that decision,” said Justice Oscar Angote, while quashing the eviction order.

Radlicliffe, 60, and his wife are currently staying with friends following the eviction despite having occupied the contested land since August 1, 1989.

At the center of the long running ownership dispute is a Senior Counsel and Managing Partner of TripleOKlaw Advocates John M Ohanga, his wife, mother-in-law and sister-in-law, who the Britons accuse of fraudulently dispossessing then of the 5.7 acres.

”It is the Petitioner’s case that he only learnt of the case filed at the Chief Magistrates court when he saw the Order with the Auctioneer; that his advocate was then able to get the pleadings in MC ELC No. E008 of 2022 together with the order of eviction and that he has looked at the copy of title to the suit property annexed by the 1st Respondent in MC ELC No. E008 of 2022 and has had an opportunity to compare it with the copy which was annexed in the valuation report by Knight Frank dated 2nd June 2004, and that there are reasons to believe that the title relied upon by the 1st Respondent is a forgery,” the petitioner told the court.

Mr Ohaga had initially acted as the couple’s attorney in a suite they instituted seeking adverse possession of the property but Mr Radcliffe claims the lawyer turned against them to acquire the Sh500 million property with his family.

This was after Kena Properties whose directors are Mr Ohaga’s wife, her sister Jean Ngini Kamau and mother-in-law Mrs Leah Ngini.

The court was also told that the law firm of TripleOKlaw Advocates LLP also advises both the 1stRespondent as well as St. Christopher’s Holdings Limited with respect to all their legal work including property acquisitions and the transactions relating thereto and that the Petitioner and his wife Carolyne are known to her husband and herself.

Kena Properties is said to have used the title of the land which the Britons allege to be forgery, to obtain Sh40M loan at Prime Bank. The firm claims it bought the property for Sh135M.

Mr Radcliffe has named Kena Properties Limited as the first respondent in the petition while Mr Ohaga is the fifth respondent. Prime Bank and Jephys Auctioneer are interested parties in the suit.

Adrian says he first came to Kenya in 1984 while doing his Master’s Thesis before he started working in Marsabit in 1986.

The court heard that later came to Nairobi in 1988 and moved to the suit property in 1989 after being shown the land by Donald Vincent Limited.

However, Donald Vincent Limited was not the registered owner but he promised to introduce to the proprietor (John Cecil Ball, now deceased) of the property later.

It was not until 1992 when Andrian received a letter from the registered owner, John Cecil Ball about the outstanding land rates arrears amounting to Sh120, 000 which the petitioner cleared in full.

Thereafter, in 2005, Andrian through Sheila and Sheikh & Company Advocates filed for adverse possession of the land which was dismissed by court.

Thereafter, Andrian told the court that he got John Ohaga whose daughter went to the same school with his daughter.

Just like Sheila & Sheikh Advocates, Ohaga advised him not to appeal against the dismissal of the suit.

Related Content:  Legislation To Open Bars At 3pm On Weekdays And 11am on Weekends Rejected

“According to the petitioner, he does not know at what point John Ohaga stopped representing him and begun acting against his interest in regard to the suit property.” Court documents show.

However, in a replying affidavit, Ohaga terms the petitioner a pathological liar.

“I will state from the outset that the affidavits of the Petitioner in support of both the Petition and the Notice of Motion are riddled with lies and half-truths.”

“My wife and I therefore considered the Petitioner and his wife to be our friends.” Ohaga says through his lawyer James Ochieng, his senior partner at TripleOKLaw.

In 2014, Ohaga wrote to  Andrian, his former client vide a letter dated September 16, 2014 informing him that the suit property had been transferred to another buyer whom he did not disclose and a similar reminder through a letter dated May 25, 2015.

Consequently, through a letter dated May 24, 2016, Andrian told the court that Ohaga demanded payment of monthly rent from his and forwarded him a tenancy agreement for signing.

The petitioner told the court that he has continued to receive land rates demand notices as late as last year, 2021 with regard to the suit property in the name of Ball.

”It was deponed by the Petitioner that the City Council of Nairobi, now the City County Government of Nairobi, has continued to send him demand notices for payment of rates in regard to the property known as L. R. No. 196/32 in the name of John Cecil Ball and that as late as 2021, he received the demand notice and paid the requisite rates,” the court document reads in part.

On February 2018, Andrian told the court he received communication that the property had been sold and should consider paying rent to the new owner.

He was then evicted on February 4, 2022 by police and auctioneers through ex parte orders which have since been vacated by Justice O. A Angote.

“This Court hereby sets aside the ex parte orders issued by Hon. D. M. Kivuti (Principal Magistrate) on January 21, 2022 and confirmed on January 27, 2022 in the Chief Magistrate’s Milimani ELC E008 of 2022 between Kena Properties Limited and Andrian Radcliffe pending hearing and determination of the petition.” The order reads in part.

Further, an order was issued reinstating the petitioner and his family back to the suit property pending hearing and determination of the petition.

The petitioner is being represented by Khaminwa and Co Advocates.

Dr Khaminwa submitted that it is difficult to understand how the Respondents allowed the Petitioner and his family to occupy the suit land for more than 20 years without paying any rent at all and yet they (the Respondents) were required by monthly instalments to liquidate an alleged loan at commercial rates and that the transfer of the suit property to the 1stRespondent was suspicious and fraudulent.

Kenya Insights allows guest blogging, if you want to be published on Kenya’s most authoritative and accurate blog, have an expose, news TIPS, story angles, human interest stories, drop us an email on [email protected]com or via Telegram
Related Topics:John OhagaKena Properties LimitedKhaminwa and Co AdvocatesRadcliffeTripleOKlaw Advocates
Up Next

Sudanese Businessman Grabs Lands From A Widow In Mombasa