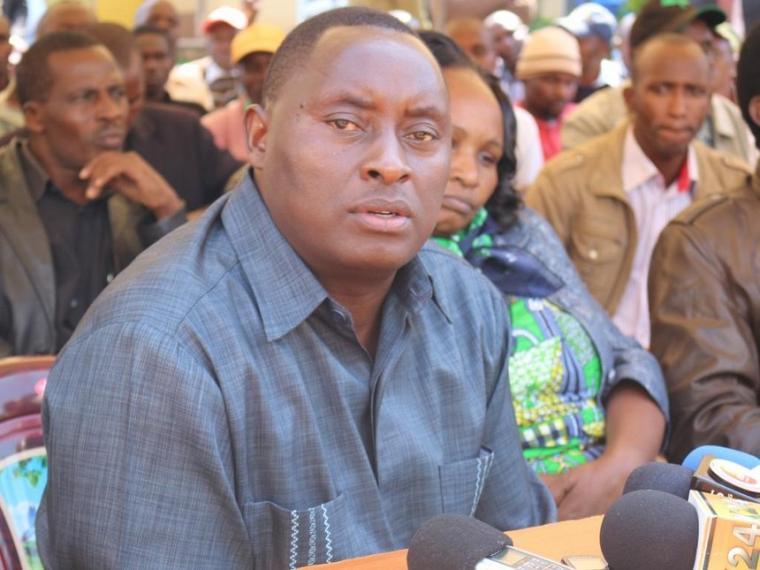 Jubilee has in past months launched unsuccessful wooing of the Kisii vote bringing together the veteran politicians from the region, but all efforts have been thwarted with the county seen as heavily ODM aligned. While Charles Nyachae leads the Jubilee team in pushing their agenda, opposition is not leaving anything into chances.

Charles Geni the MP representing North Mugirango constituency in Nyamira county remains one of the key pointmen in the county stamping the authority of NASA. Geni who secured a direct ODM ticket in unopposed bid and is hoping to recapture his seat come August, and at the same time, he has vowed to put a one of a kind campaign for NASA in the county together with other leaders. In several forums, the development themed politician has castigated jubilee over mutilation of the economy and insisted only NASA holds the hopes to resuscitate the country.

Charles is basing his hopes on the development track that he has left since entry into office in 2013. As a first-time member of parliament, Geni prides of an array of among others achievements in his tenure including and not limited to:

1.Has sunk about ten boreholes ensuring supply of water to constituents.

2. Has bought about eight school buses to facilitate transport of school children.

4. Construction of a modern boarding school at Gesigoro – To begin mid-May- Funds allocated.

5. Construction of new Rimooria girls school- Funds were given, commencement mid May.

6.Funding for renovation and expansion of several primary and secondary schools to respectable standards.

7. Sponsoring acquisition of driving licenses to empower the youths in bodaboda business.

10. Maintaining of marram roads under his class.

11. Lighting up North Mugirango by facilitating constituents to be connected to electricity.

The voting dynamics have shifted in the recent times with voters carefully monitoring one’s development records and potentials that they come with. The era of political rhetoric is in the past with citizens more concerned with service delivery as opposed to lips service. Geni is confident of his work in developing the constituency to do the bigger part of the campaigns for him. The MP oozes confidence giving surety that given another term he will elevate the constituency to the development standards of so deserves. Geni has also been tipped by integrity agencies as one of the best performing legislatures in Nyanza who sufficiently utilized the CDF allocation.