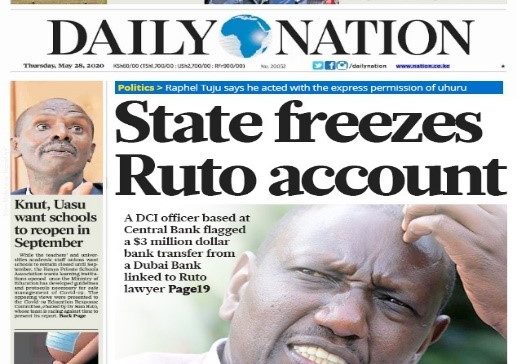 Fabricated content is news content that is false, designed to deceive and do harm to individuals, groups of people or a community. In recent days three top media houses in Kenya have become victims of this type of fake news.

Fake news targeting media houses and especially the print media is slowly rearing its head back to undermine brands, and the propagators are not even hiding it.

According to Unesco, the purveyors of disinformation prey on the vulnerability or partisan potential of recipients whom they hope to enlist as amplifiers and multipliers. In this way, they seek to animate us into becoming conduits of their messages by exploiting our propensities to share information for a variety of reasons.

On May 30, a fabrication of The Star newspaper was shared on social media. The original print of the front page of the paper was totally different and read “Uhuru to make final decision on Duale” while the other read “Ruto’s Ksh 3B Payout”. 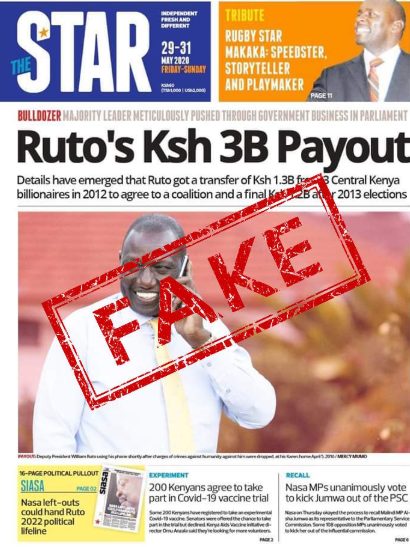 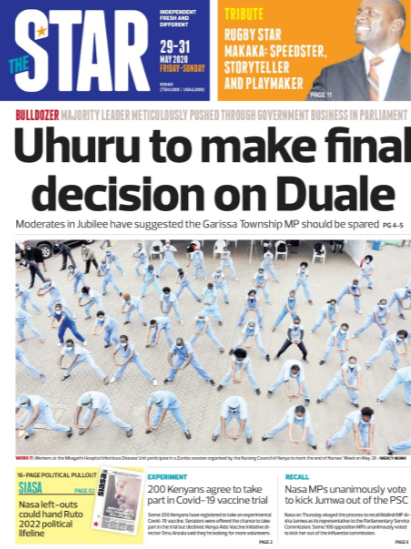 On the May 28, the newspaper suffered another blow. The front page read “The double agent” while the legitimate headline was “Safaricom boss: why I climbed Mt Kilimanjaro 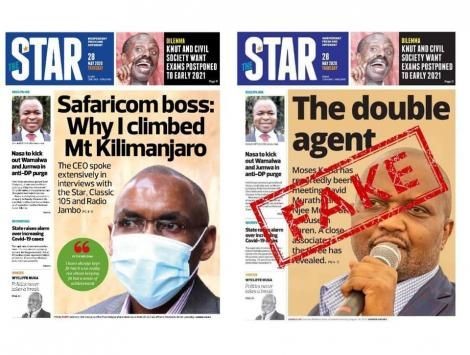 The previous day on May 27, The Standard newspaper was the target and had its front page manipulated to read “Rachel in Hiding?” The legitimate cover story was about former Prime Minister Raila Odinga speaking about collaborating with President Uhuru Kenyatta in a government of national unity. 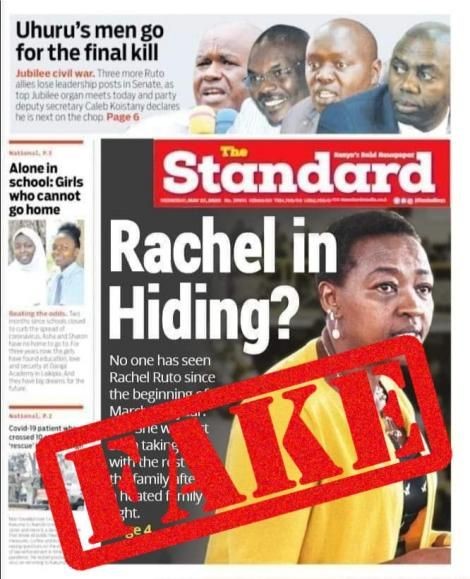 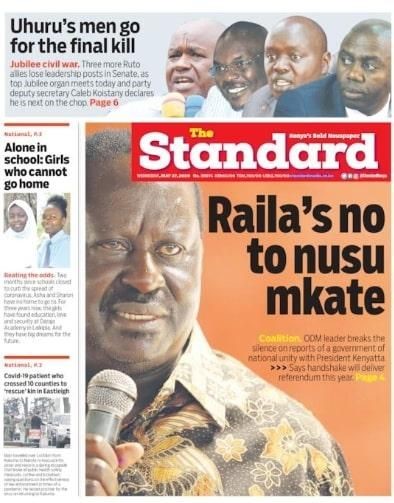 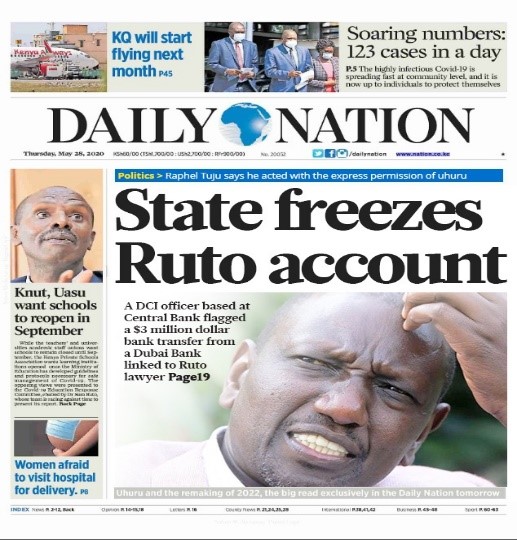 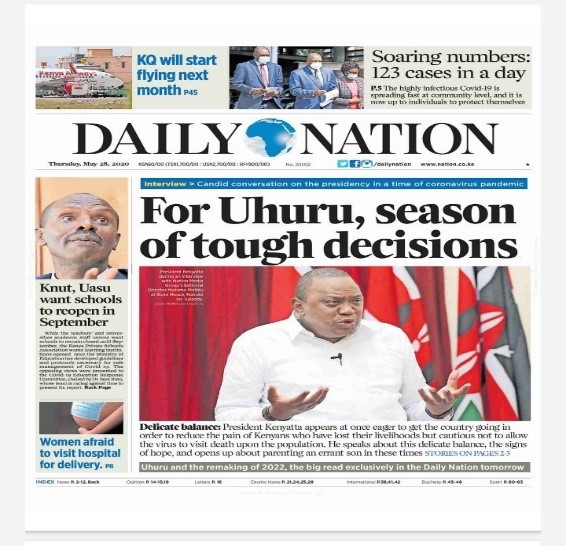 Daily Nation was not spared either by the peddlers of false information.

All the media houses affected by the fabricated content were swift enough to use their online handles to dismiss the misinformation.

In his article on How media organizations can get real and confront fake news, Andreas Pyrcek notes that for media companies, trust is under siege — and without it, they cannot sustain the value of their brand or drive the subscription and advertising revenues that are their lifeblood.

In fighting fake news Pyrcek says media houses can distinguish their brand and protect their reputation by tackling the complex and multifaceted problems created by unreliable information and other interference. This includes taking steps to rebuild lost trust when necessary.

He further shares practical ways media houses can build trust in the fake news era. The the steps include:

According to Claire Wardle in her article on 5 Lessons for Reporting in an Age of Disinformation, doing journalism in the digital age is incredibly hard. This is a problem that is increasingly becoming hard to manage for the mainstream media and the news industry has even started grappling with the difficult questions being raised in the current environment.

In conclusion, she notes that most senior editors, many of whom developed their journalistic skills before the digital age, have no idea of the risks faced by their journalists everyday. But the decisions being made by newsrooms around the world are impacting how disinformation spreads. The professional media is a critical part of the information ecosystem, and currently it is vulnerable and being used to spread false and misleading information.

Related Content:  How The Presidential Election Was Rigged Filed Evidences By NASA Shows
Kenya Insights allows guest blogging, if you want to be published on Kenya’s most authoritative and accurate blog, have an expose, news TIPS, story angles, human interest stories, drop us an email on tips.kenyainsights@gmail.com or via Telegram
Related Topics:
Up Next

For Apple Products In Kenya, Harlem Technologies Is The Authorized And Reliable Dealer