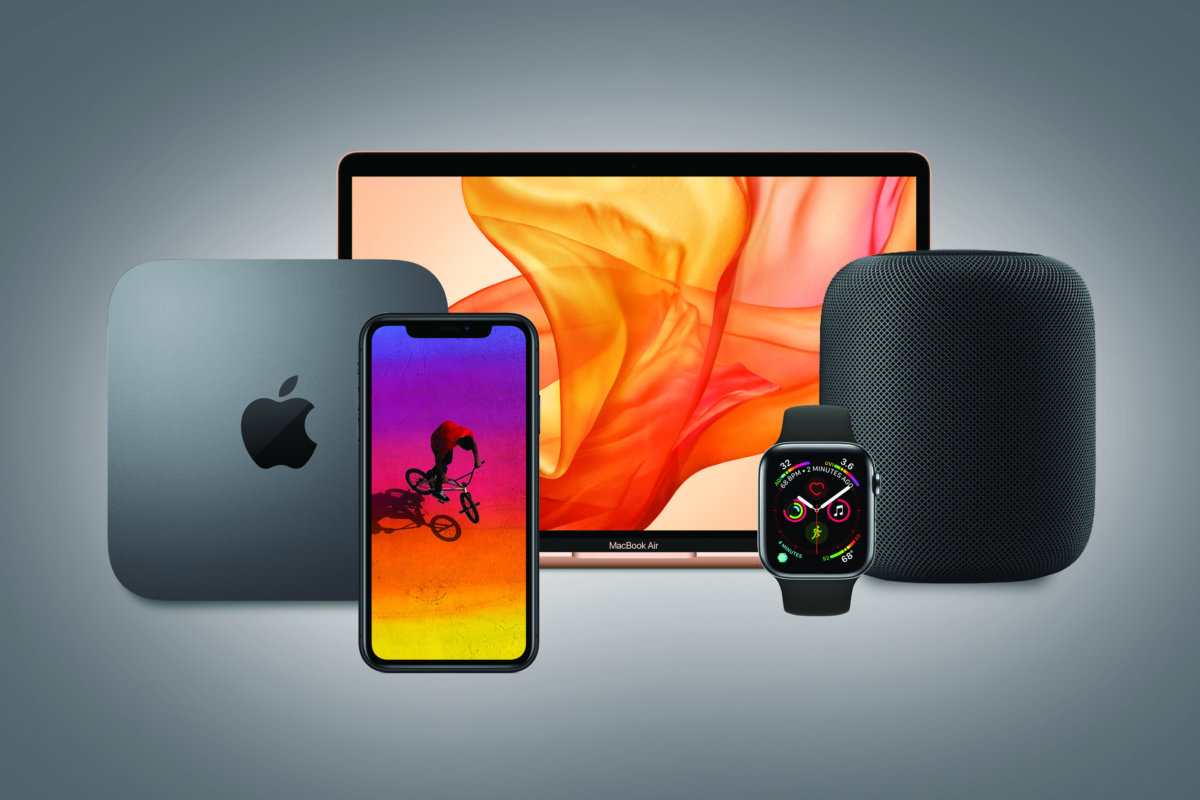 Forbes recently published its annual study on one of the world’s most valuable brands. Coming as no surprise to most, the front-runner Apple topped the list of branding behemoths for the ninth year running, amassing an eye-watering brand value of $205.5 billion—up 12% over last year.

The top ten, as reported by Forbes, is as follows:

At first glance, there’re no names you wouldn’t expect to see. But the list tells another story: by industry, tech brands are dominating, and the trend is showing no signs of slowing down.

While Apple leads the pack by a sizeable margin, its fellow techy top 10ers have witnessed explosive double-digit growth since last year, with Coca-Cola being the only non-tech brand in the top seven.

So how do tech giants, particularly Apple, command such an authoritative presence in the mind of the modern consumer?

What’s perceived value? It’s a customer’s evaluation of the benefits and costs of one brand compared to another—a primary factor as to why the world’s most valuable brands are so successful.

What makes perceived value so important from a company perspective is that customers may be willing to pay a higher price because they deem the brand to be of a high quality and/or a status symbol. This gets to the heart of Apple’s continued success over its competitors.

Why? The power of the Apple brand. The iconic status Apple has received among its hardcore fanbase explains why they can charge so much more than their rivals, despite the technology itself being of more or less the same quality.

Like it or lump it, Apple are able to price their products at a premium precisely because they know their brand has the power to pull in sales from a staunchly loyal following.

So from a branding perspective, what makes Apple so special?

Apple’s iconic branding strategy has always focused on emotion—bolstered by a forward-thinking creative visionary, Steve Jobs, at the helm. Since the brand’s inception in 1976, Apple has put a priority on building a community of dedicated fans in an almost religious fashion.

By maintaining an aura of secrecy surrounding the inner workings of their brand, the hype surrounding their product releases is unrivaled; creating conversations among both techies and laymen alike.

Apple have always positioned themselves as something different; they “Think different.” Unlike any other tech company, the nuts and bolts of their business model, i.e. what their products actually do, is not what really what brings in sales.

The air of premium exclusivity that Apple employs when promoting new product releases, and the meticulous attention to the aesthetics of its products, has enabled the Apple brand to be associated with luxury in the eyes of its followers. And that is what many of its consumers are paying a premium for: a symbol of status that is driven by emotion, not practicality.

Are you familiar with the term unboxing? Put simply, unboxing is when consumers record the actual process of unwrapping their newly purchased Apple products. Why? Because the products make them feel good.

Unboxing videos offer an unvarnished and honest peek at products, while positioning the ‘unboxer’ in a central position within a brand’s community. No one tells these people to create these videos, but Apple facilitates a user experience that expands way past the purchase stage, which is why when you search for unboxing videos on YouTube, you can find an array of hits with a somewhat staggering view count.

The momentous following of the Apple brand does, of course, present the organization with a formidable reputation to live up to. All technology-leading products which Apple delivers are not only designed to match the brand promise, but are fundamental in keeping Apple so profitable.

So, how does Apple incorporate customer experience into branding? They put the customer at the heart of everything they do. Take their ‘Shot on iPhone’ campaign for example. Not only does it showcase the sheer versatility of the iPhone camera, but it features charming videos shot by real people.

Offering their customers the opportunity to be part of something huge—the first instalment of the campaign was viewed at least 6.5 billion different times—Shot on iPhone successfully coupled human emotion with real product benefits. Showing how their products fit into people’s lives, the campaign reinforces the brand pillars of Apple and further solidifies an emotional connection with the audience.

The importance of emotion in brand loyalty

No matter how entertaining or creative your brand campaigns are, if there’s no emotional connection with your audience, your marketing strategy is likely to miss its mark.

It is that emotional connection that has cultivated such brand loyalty among Apple fans and enabled them to get away with pricing their products so much higher than competitors. When we asked famed tech vlogger David Di Franco about what the brand meant to him, this is what he had to say:

Ever since switching to the Mac in 2004, I knew there was something about Apple that really connected with me on a personal level. From the consistency in their product designs to the passion behind what they stand for, Apple has quickly become one of my favorite brands of all time. And honestly, I don’t see that changing anytime soon. I’m now an Apple fan for life.

So what is the key to brand loyalty? While there’s no easy answer, promoting a brand personality that your audience can relate to can go a long way. After all, what is a brand? As famous author and branding expert Marty Neumeier explains: “a brand is a person’s gut feeling about a product, service, or organization.”

If you want brand loyalty, do as Apple did—emotionally connect with your customers and start a movement that you believe in. The rest will certainly follow.

A number of Kenyans are embracing the Apple brand, it’s however, prudent to find the most reliable dealers in town for your iPhone and other Apple products. Normally, Kenya Insights don’t do products endorsements, but after a lengthened engagements lady of over 5 years, we can proudly endorse Harlem Technologies as a reliable seller for genuine Apple products and also for other electronics. This the only firm we’re certain of from experience to be offering after sales services and honors the warranty terms. So when you purchase from them, you’re guaranteed to get satisfaction from any arising issue of your purchase.

If you need an iPhone, iPad, iMac or any other product, contact Harlems through +254 721 992 980 and more importantly, use KINYANBOY as a code to get discounts on any purchase that you make.

How The Media Will Be Like After The Coronavirus Pandemic