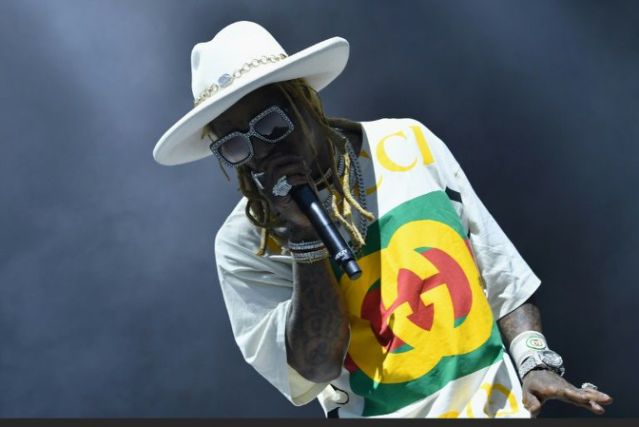 Rapper Lil Wayne faces up to 10 years in jail over illegal weapons charges.

US rapper Lil Wayne pleaded guilty Friday to possession of a firearm by a convicted felon over an incident dating back to last year, US media reported — a federal offense that could see him sentenced to up to 10 years in prison.

The 38-year-old artist, whose real name is Dwayne Michael Carter Jr, was found to be carrying a gun and bullets when police searched a private plane in Miami in December last year.

“Your honor, I plead guilty,” he reportedly told US District Judge Kathleen Williams during a virtual hearing.

The Miami Herald said that Lil Wayne — who has a home in south Florida — admitted the gold-plated pistol found in his luggage was his. He told police the weapon had been given to him as a Father’s Day gift.

Police also found what was believed to be cocaine, marijuana, ecstasy, heroin, painkillers and more than $25,000 in cash, the newspaper said.

But the sole federal weapons charge filed in federal court in Miami stems from the fact that Lil Wayne was convicted more than a decade ago on a separate firearms charge.a

Convicted felons are barred from owning firearms under federal law.

The five-time Grammy winner — who more recently made headlines for meeting with and voicing support for President Donald Trump — will face sentencing on January 28.

Kenya Insights allows guest blogging, if you want to be published on Kenya’s most authoritative and accurate blog, have an expose, news, story angles, human interest stories, drop us an email on tips.kenyainsights@gmail.com or via Telegram
Related Content:  Chipukeezy Cancels Show With Ebru TV After They Demanded Removal Of Kartelo
Related Topics:
Up Next