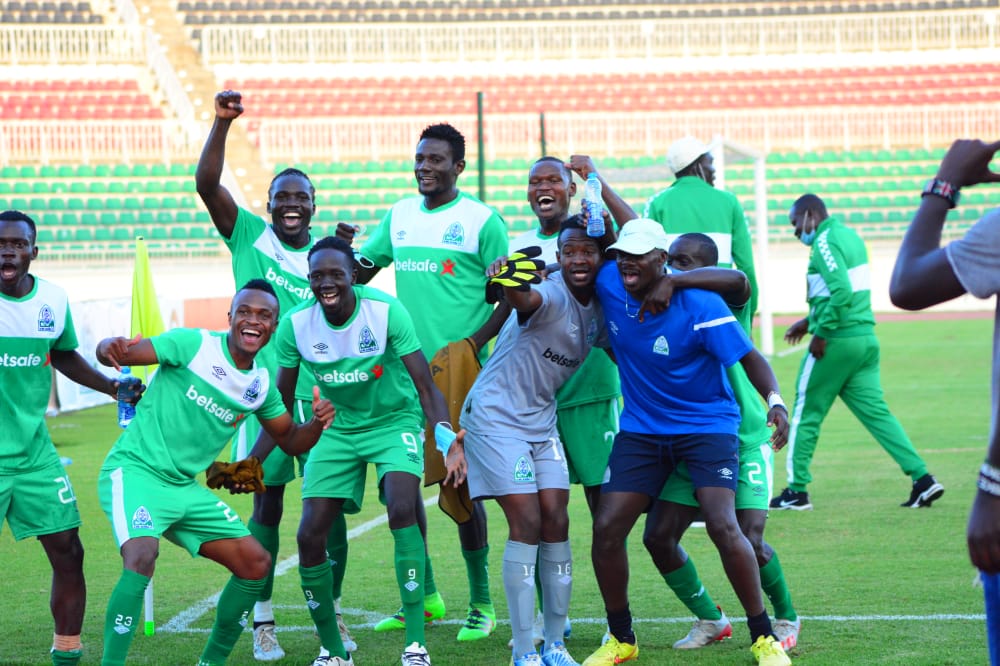 Gor Mahia began their title defense on a positive note after they trounced Ulinzi Stars 1-0, in an entertaining match at Nyayo National Stadium.

K’ogalo were quick off the races and could have gone ahead through a rasping free kick from Clifton Miheso, which unfortunately hit the crossbar.

The military men took time to settle but had a good chance to go ahead only for their striker John Njuguna to round off the entire defense and stub the ball to the side netting.

This gave them the momentum and believe as they were now causing ripples at the Gor Mahia defense and one such raid so them hit the crossbar.

They headed to the break tied at 0-0 and Gor Mahia stand in coach Patrick Odhiambo made an immediate substitution bringing in club Captain Kenneth Muguna, who increased the tempo of the game and brought impetus to the frontline.

Substitute Jules Ulimwengu, came from the bench to score the winner and give Gor Mahia 3 vital points as they began their title defense.

Kenya Insights allows guest blogging, if you want to be published on Kenya’s most authoritative and accurate blog, have an expose, news, story angles, human interest stories, drop us an email on tips.kenyainsights@gmail.com or via Telegram
Related Content:  Anthony Joshua 'Hasn't Found A Girlfriend' Despite Being World Heavyweight Champion
Related Topics:
Up Next

Rapper Lil Wayne Faces Up To 10 Years In Jail