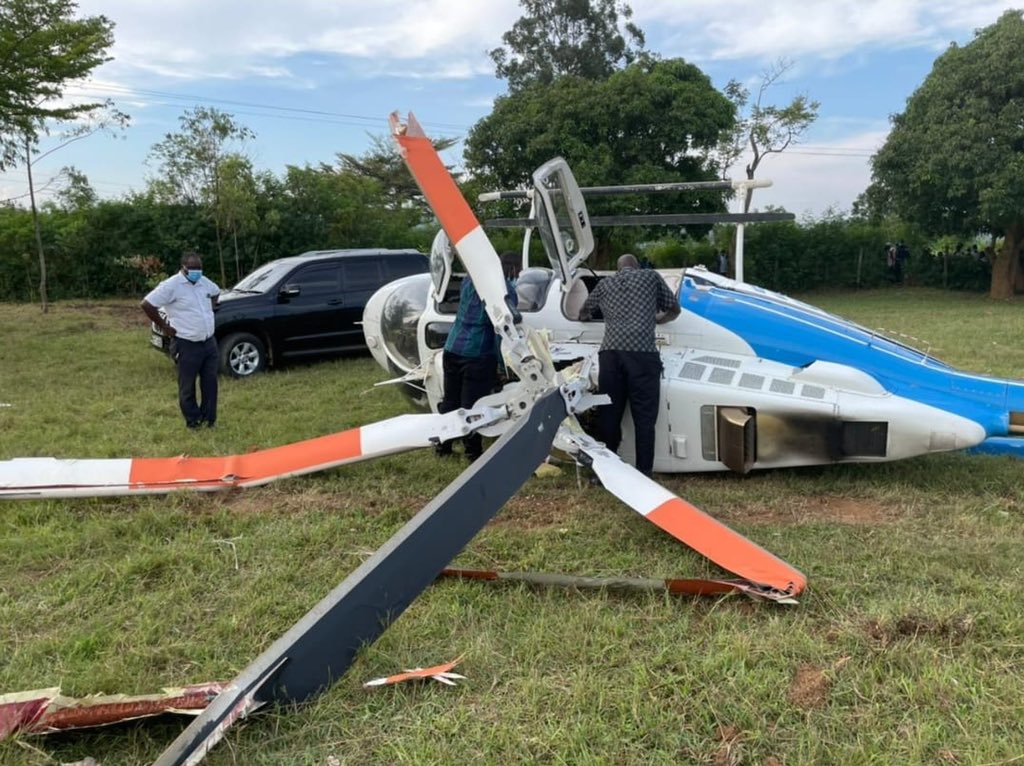 A chopper that had dropped off ODM leader Raila Odinga in Gem, Siaya County crashes after attempting lift-off. The pilot and four others in the helicopter suffered minor injuries.

According to the ex-PM’s spokesperson Dennis Onyango, the helicopter, Bell 404, 5Y-PSM had dropped Raila at Kudho Primary in Gem when it attempted to lift off to create space for other planes.

No fatalities were recorded and those onboard including Captain Julius Mwambanga escaped with injuries but are all fine.

Raila continued with his scheduled activities together with the President who’s in a tour of Luo Nyanza launching development projects. 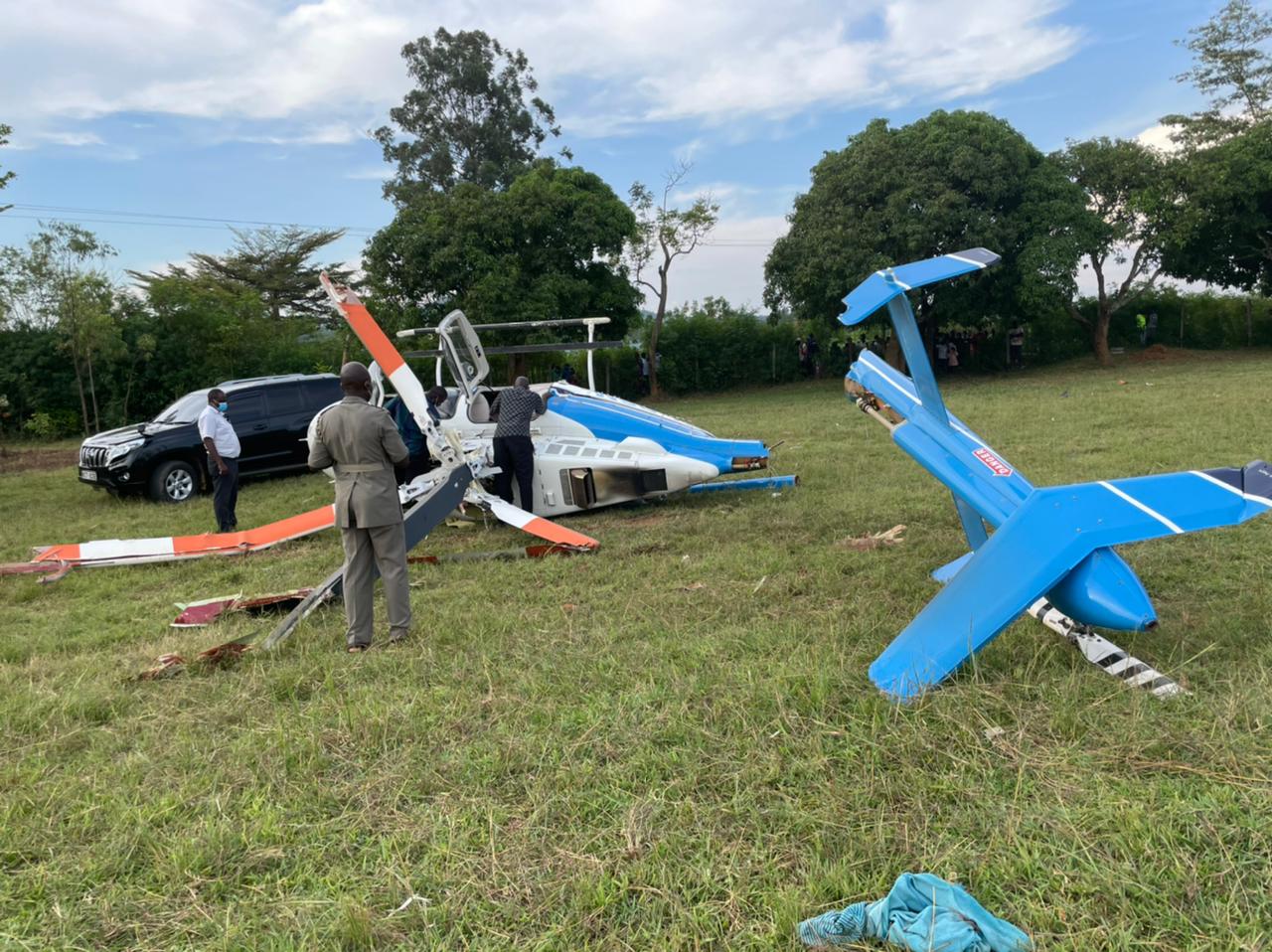 Photos from the scene. 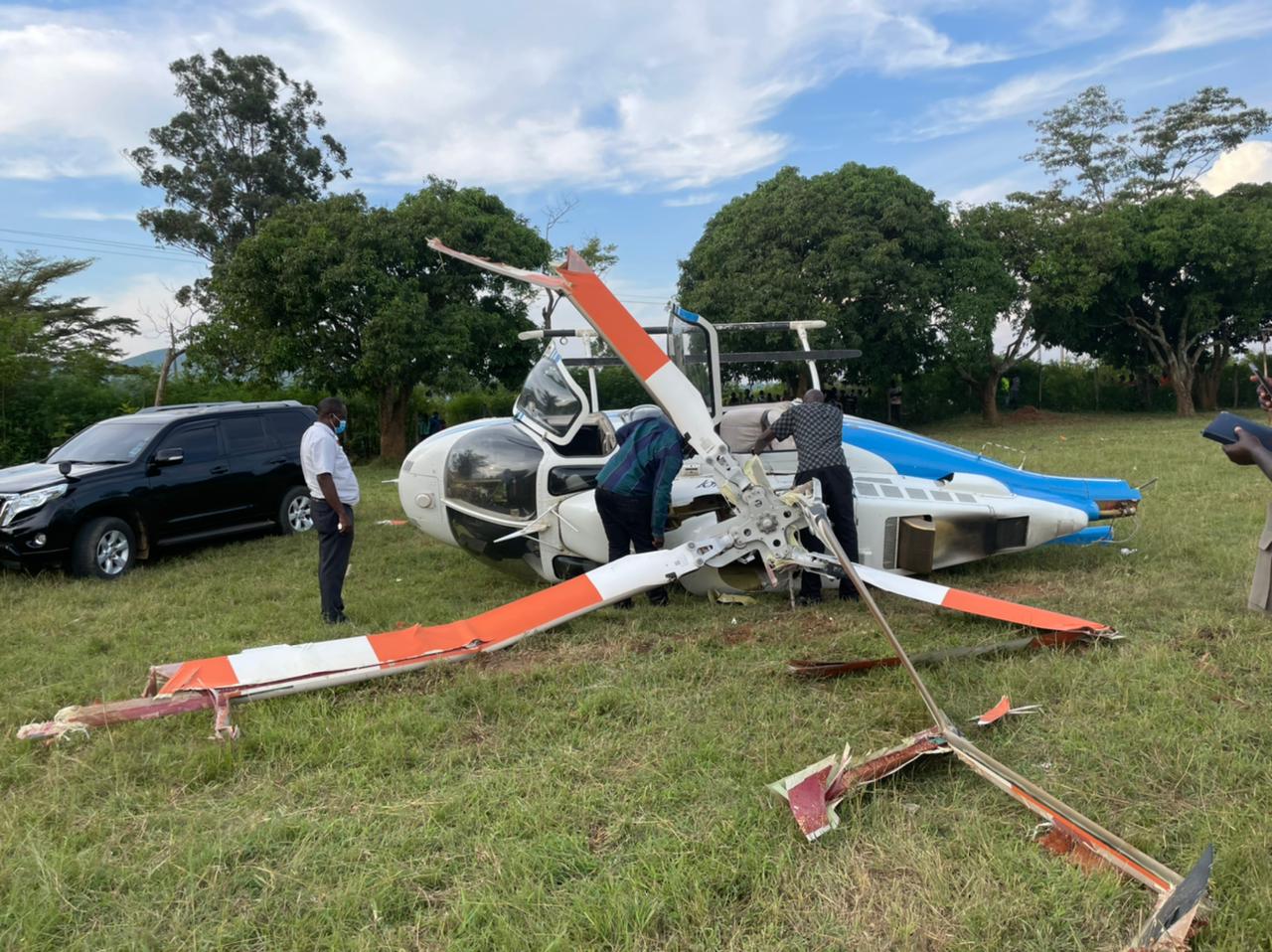 Kenya Insights allows guest blogging, if you want to be published on Kenya’s most authoritative and accurate blog, have an expose, news TIPS, story angles, human interest stories, drop us an email on [email protected] or via Telegram
Related Content:  Uhuru Fires Kenya Ferry Services Bosses Following Likoni Tragedy
Related Topics:
Up Next