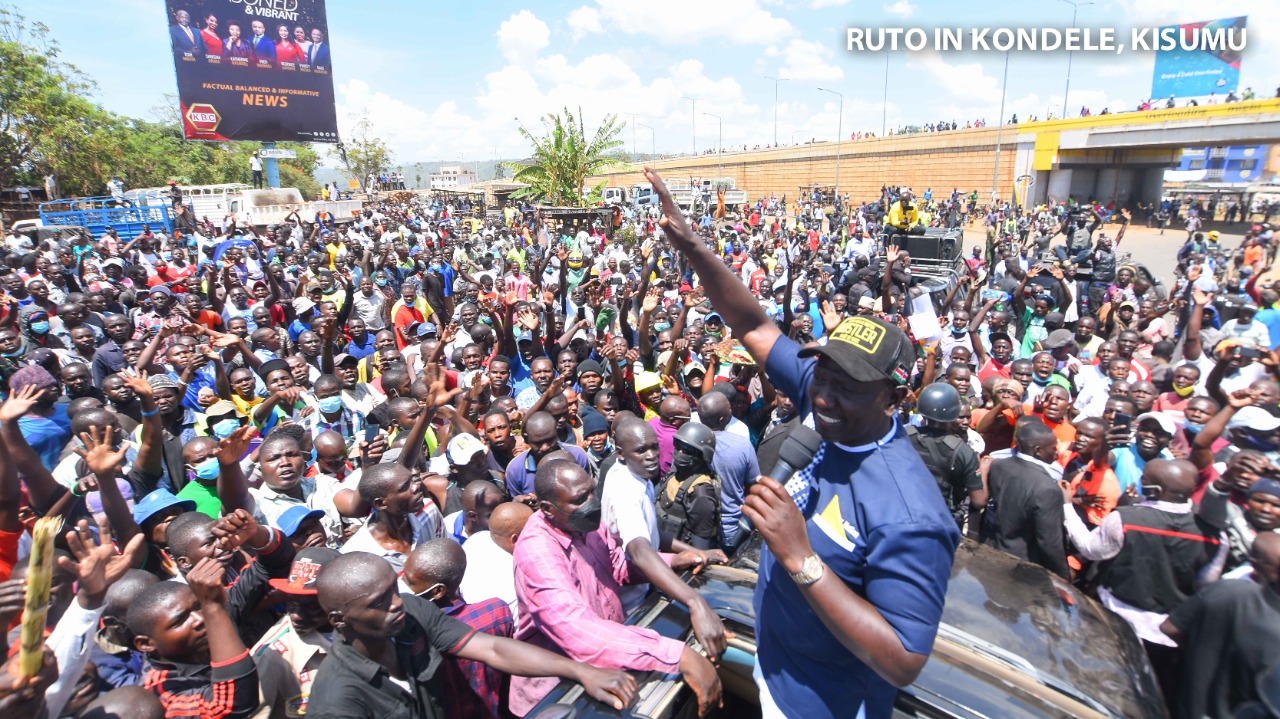 Orange Democratic Movement (ODM) party leader Raila Odinga has downplayed Wednesday’s incident in Kondele where Deputy President William Ruto’s convoy was stoned by a rowdy crowd, and says he is to blame.

Speaking to Mbaitu FM on Thursday morning, Odinga said it is Ruto who provoked the youth in his remarks during a roadside rally.

“If you yourself utter a speech that makes the crowd angry, this may make some people react and take action in unsavoury ways,” Raila said, “I however don’t see a problem here since we have come from a different level of democracy to another. Democracy is continuing to thrive in our country.”

Police were forced to lob teargas during the incident that left at least seven vehicles, including Ruto’s, stoned.

No major casualty was reported from the incident in which police lobbed teargas to disperse the rowdy group that had blocked the DP from accessing Kondele.

His convoy was forced to make a U-turn at Jaramogi Oginga Odinga Teaching and Referral Hospital before rerouting back as police cleared the way using teargas canisters.

While at Kondele, stones were hurled at Ruto as he explained his bottom-up economic model. He offered youths and women groups Sh2.5 million each to spur their businesses.

In brief comments over the stone-throwing incident, Ruto condemned political leaders inciting youths saying it was time to liberate Kondele from the culture of hostility.

Ruto insisted everybody is free to visit any part of the country.

He later made his way to the airport to take a chopper to Homa Bay County for a meeting with youths in Kabondo Kasipul Constituency.

“The leader of ODM should stop using innocent youth to throw stones at other leaders because we have matured as a democracy,” he said, “If it is stone-throwing, let them (politicians) be on the frontline with their children.”

The chaos were condemned by several leaders including Amani National Congress (ANC) party leader Musalia Mudavadi and KANU’s Gideon Moi who has called for investigations and prosecutions of culprits.

Kenya Insights allows guest blogging, if you want to be published on Kenya’s most authoritative and accurate blog, have an expose, news TIPS, story angles, human interest stories, drop us an email on tips.kenyainsights@gmail.com or via Telegram
Related Topics:kisumuKondeleRaila OdingaWilliam Ruto
Up Next