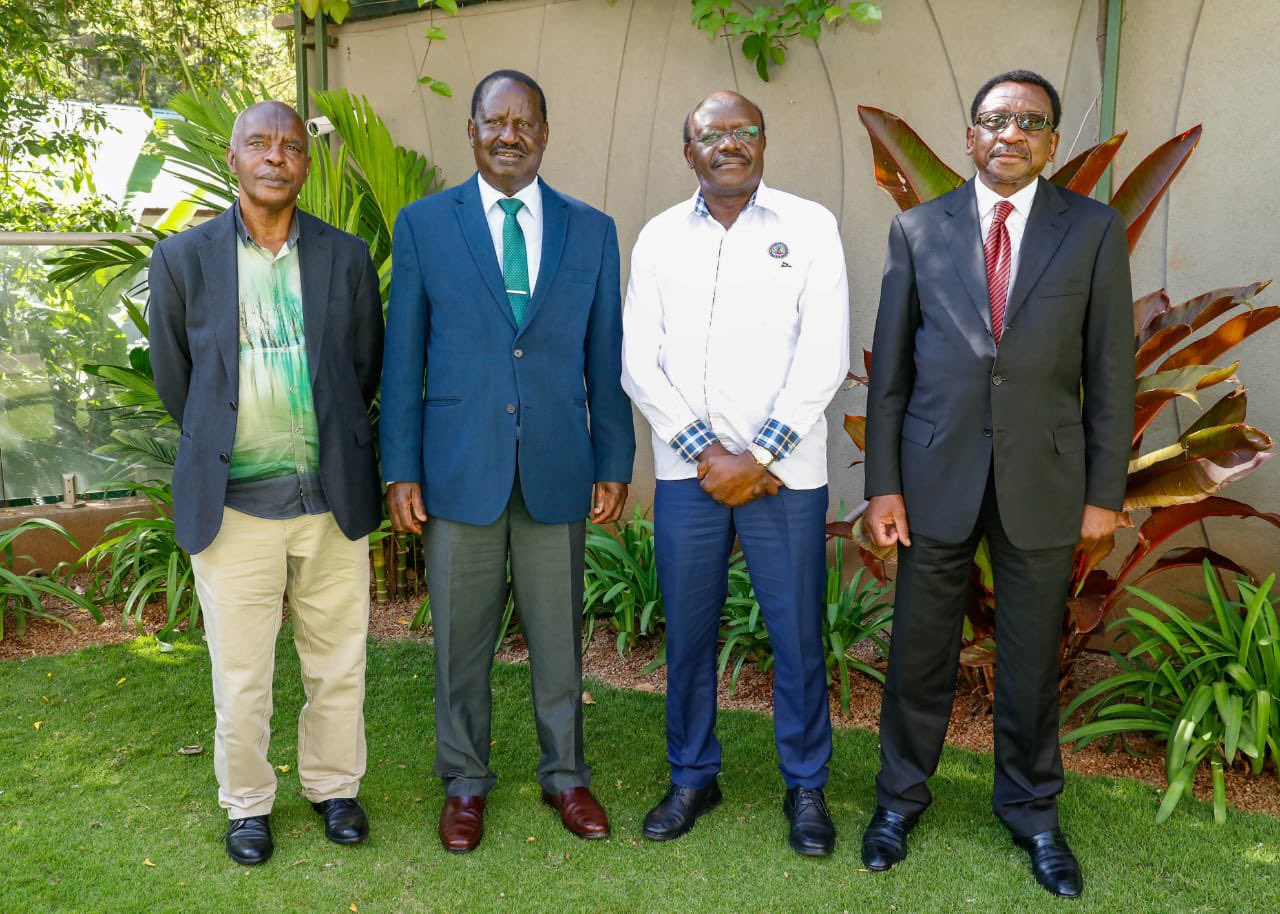 In what could perhaps be the clearest indicator of a bruising battle and grand campaigns, reports indicate that the Orange Democratic Movement (ODM) leader has procured four choppers from France.

According to The Standard, Raila has already finalized the payments and the choppers are due for delivery in Nairobi for assembling. Raila who has already declared interest in the party ticket is said to be preparing to give a fifth and perhaps final stab at the country’s top leadership position.

Mr. Odinga on Thursday had many tongues wagging following a meeting with two other presidential hopefuls; Dr. Mukhisa Kituyi and Prof. Kivutha Kibwana. Kituyi who recently returned to the country after resigning from his UNCTAD job, has been making serious wave and causing discomfort amongst the growing presidential hopefuls from western. Kibwana who has recently been seen as a DP Ruto ally caught many with surprise with the meeting with Raila which many  people are now speculating as a possible coalition in the making.

Good seeing Daktari Kituyi after such a long time away from home. pic.twitter.com/FhjM6nDDV0

His meeting with the two comes against the backdrop of a sustained push by three of his National Super Alliance (Nasa) allies that the former premier  backs one of them.

Amani National Congress (ANC) leader Musalia Mudavadi, Wiper boss Kalonzo Musyoka and Ford Kenya leader Moses Wetangúla have demanded that Raila backs one of them since they backed him in the 2007, 2013 and 2017 elections.

The three have teamed up with Kanu party leader and Baringo Senator Gideon Moi for a possible alliance in the race to succeed Uhuru.

The four leaders wrapped up their tour of Western Kenya on Wednesday, after traversing Bungoma and Kakamega counties where they campaigned for Ford Kenya and ANC candidates in Kabuchai and Matungu parliamentary by-elections slated for March 4.

ODM secretary general Edwin Sifuna dismissed speculations that the party could be out to front Mukhisa Kituyi as its presidential candidate in 2022.

He said the party has structured ways of identifying its flag bearer.

But Sifuna welcomed the former Unctad boss to ODM where he could have a chance to battle it out with others eyeing the party ticket.

“We are not interested in propaganda since Dr Kituyi has not joined ODM nor are we endorsing him to scuttle the Luhya votes,” Sifuna said.

“I know some people in Western are uncomfortable because they have been telling people that they are the ones who can revive the economy, but with the entry of Kituyi, they know a real economist has emerged.”

According to Sifuna, there would be nothing wrong for joining ODM to fight for the party ticket with other potential candidates.

“I have made it clear that in the unlikely event Raila wants to endorse anyone, it has to be an ODM member and if Dr Kituyi wants to be that person, he should join us,” he said.

According to Malala, external forces are hell-bent on dividing the Luhya community and by extension Western region as has been witnessed every electioneering period.

“Those wishing that we stay divided should know that we are in the process of getting more support from other communities and the elusive unity had been achieved at last,” said Malala.

Additional reporting by The Standard.

EACC Goes After Baringo MCAs Who Voted Against BBI Bill