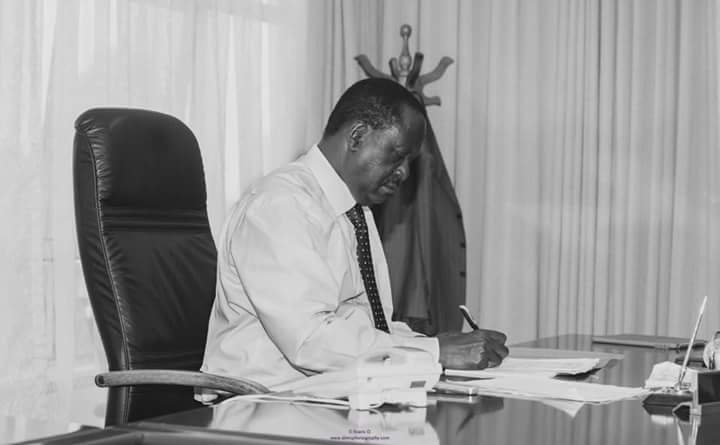 By Raila Odinga
We have credible information that the National Intelligence Service (NIS) is once again heavily involved in the on-going voter registration with the aim of influencing results in August in the same way it did in 2007 and 2013.

NIS interference in the current voter registration involves taking BVR kits across our borders into Uganda and Ethiopia and assisting citizens of the two countries to register in a Kenyan election process. The agency is also assisting citizens of these neighbouring countries to acquire Kenyan identification documents then helping them cross into Kenya and register as voters.

The NIS is also interfering with the voter registration process by having youths whose data were collected through the dubious National Youth Service exercise over the last few years and registering them as voters, without their knowledge. This NIS-driven process is responsible for the multiple registrations, shared identity cards and many cases of people who are captured as registered when indeed they had never done so.

In the 2013 elections, NIS had its officers absorbed into the ranks of the IEBC as polling clerks and other strategic positions with the sole aim of helping Jubilee attain a dubious victory. In 2007, NIS was deeply involved in ballot stuffing among other irregularities to help the PNU win.

It is a disgrace and a betrayal of public trust when an institution that is supposed to safeguard the interests of the nation take the lead in undermining those very interests. Interfering with the process through which our country determines its leadership is one of the most serious crimes a public institution and more so an intelligence agency can be involved in.

We wish to make it clear to the Director-General of the NIS Major-General Philip Wachira Kameru and the entire leadership of the agency that this country will never accept another NIS-led electoral theft. NIS will break down this nation and send it to the dogs, if it continues on this path of seeking to influence election results by way of fraud.

We challenge the NIS to come clean on this matter and assure the country that it is abandoning its disgraceful involvement in the voter registration. It must do this with the full awareness that there will be no country if it does not abandon course it is currently pursuing. Kenyans are not prepared to have the NIS choose for them their next leader again.

Kenya Insights allows guest blogging, if you want to be published on Kenya’s most authoritative and accurate blog, have an expose, news TIPS, story angles, human interest stories, drop us an email on [email protected] or via Telegram
Related Content:  Speaker Benson Mutura Sworn In As Acting Governor Of Nairobi
Related Topics:
Up Next

Raila Must Tell His Supporters The Truth On 2017 Elections, He Knows It

Breakdown: Panic Grips Jubilee As NIS Warns Of Voter Apathy In Central That Would Cost Uhuru The Presidency For Raila