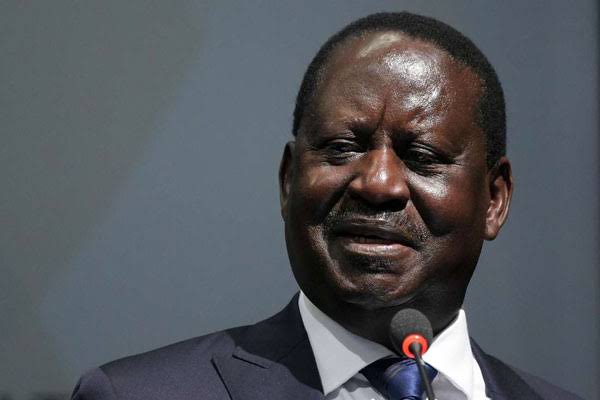 Former Prime Minister and ODM leader Raila Odinga has requested the Parliament to legislate the end of KTDA monopoly.

AU’s envoy Spoke this at his Capitol Hill offices after meeting directors from Kiru tea factory.

Raila has also said to sent his request to the courts to play their role and help farmers.

Kiru directors accused the current KTDA board of running down the sector.

Raila called for an urgent forensic audit at the KTDA board.

The current KTDA board has been to power since the year 2000 despite them mismanaging the industry.

“There is a shocking story that requires urgent intervention. We are losing tea to corruption and mismanagement,” Raila told a local media house.

The mismanagement in KTDA has seen farmers opt for uprooting their crops.

The financial instability of coffee farmers left the sector collapsed and KTDA seems to be heading that way.

KTDA board has led many farmer into financial instability with some of the farmers threatened by drowning debts.

“We risk losing the country’s top foreign income earner unless urgent action is taken at the top leadership of KTDA,” Raila said.

The current outsmarted KTDA board has lost touch with farmers setting them on the path of hopelessness.

KTDA board auctions tea at Sh80 per kilo but they pay farmers Sh18 per kilo.

This hurts much when the same cartels in KTDA imports the same tea into Kenyans market using their expensive crony brands.

According to Raila, Kenya loses at least 100 million kilograms of tea to hawking each year through KTDA’s created loopholes.

This is not the first time the monopoly at the collapsing KTDA has been on the national limelight;

Earlier this year, Nyeri Senator Ephraim Maina petitioned the Government to radically change management of the KTDA subsector so that farmers can escape penury and make a decent and honest living from tea farming.

Senator Ephraim petition to Parliament aims to give farmers not only subsidies but also a level playing field with a strong voice in making decisions on tea farming and selling.

Kenyainsights.com also calls upon the DCI to investigate the KTDA bosses who run or has bigger shares in Shylocks and microfinance institutions that are harassing and defrauding tea farmers.

Non suspecting tea farmers were lured into taking unmanageable loans from this Shylocks and microfinance institutions.

The sleeping cabinet for Agriculture also has to wake up or forced to institute reforms at KTDA to save farmers.

The DCI as the public protector should also take interest of farmers and safeguard their interests at the KTDA.

If this audit is not conducted as soon as possible, the tea sector and tea farming at large will terribly collapse just like coffe and sugarcane farming did.