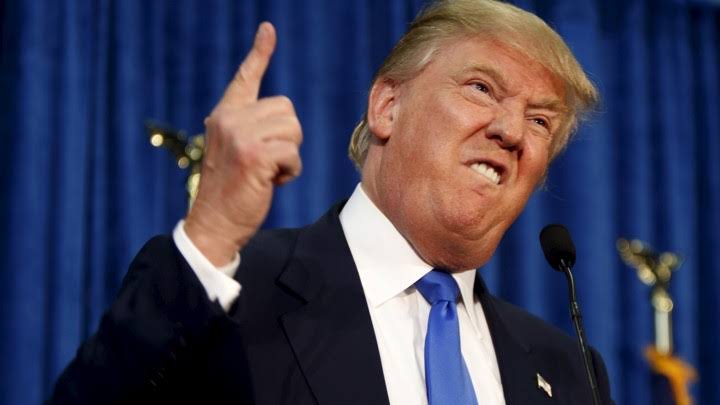 Donald Trump has said his administration will sue technology companies that are unfairly suppressing his message.

While speaking to Fox News, Trump claimed that Twitter is “totally biased”.

Trump says that Twitter has been deliberately limiting his number of followers.

“Twitter is just terrible, what they do. They don’t let you get the word out. I’ll tell you what, they should be sued because of what’s happening with the bias,” Trump said on Fox News interview.

Twitter and Google have been receiving global attacks for their alleged biasness.

Their only defense has been that the academic studies have not backed up the massive attacks towards them.

According to The Economist, independent fact-checking organisations are rewarded with higher search rankings by Google.

This is not the first time US tech companies are being threatened by a lawsuit,

The Executives said they will be testify before the Security committee about their individual efforts to counter terror content and misinformation on social media.

Mike Rogers, Homeland’s top Republican committee member that he has “serious questions” about Google’s ability to be fair.

This is after undercover filming posted by the right-wing group Project Veritas went viral.

Mr Rogers said that “We are in trouble” if the views in the video represented Google company policy.

Roger’s sentiment were in reference of the edited video Jen Gennai, discussing the company’s efforts to tackle potential foreign interference in the 2020 US presidential elections.

This comes at a time when Russia has been found to have attempted to influence the 2016 Presidential vote.

In the video Ms Gennai was recorded saying that breaking up Google was a bad idea because it would result in smaller companies being charged with “preventing the next Trump situation”.

Project Veritas had claimed that the video demonstrated Google’s efforts to prevent reelection of Trump.

A claim that Ms Gennai said in a blog post was “absolute, unadulterated nonsense”.

Google and Facebook have been accused by many if not all African governments for snooping in their independence and affecting democracy.

Derek Slater, Google’s global director of information policy,
testified to the House committee that no employee could skew search results based on their own political beliefs.

Twitter on the other side has been suspending a good number of the most influential Africans from their site.

Most affected countries by this twitter surge was Kenya and South Africa.

The surge has seen accounts of Cyprian Nyakundi, Sir Alexas, South Africa based Kenyan Trapa Fasa and many others influential Africans permanently suspended.

Twitter also reduced Africa’s most influential social media personality, Xtiandela’s, followers by half. As if that is not enough, his online content has be suppressed limiting his wide influence.

In South Africa, Daniel Marven has been most vocal personality but Twitter have denied him verification through their biasness.

These frequent Twitter surges are a backdoor target to silently silence all influential Africans from the site.