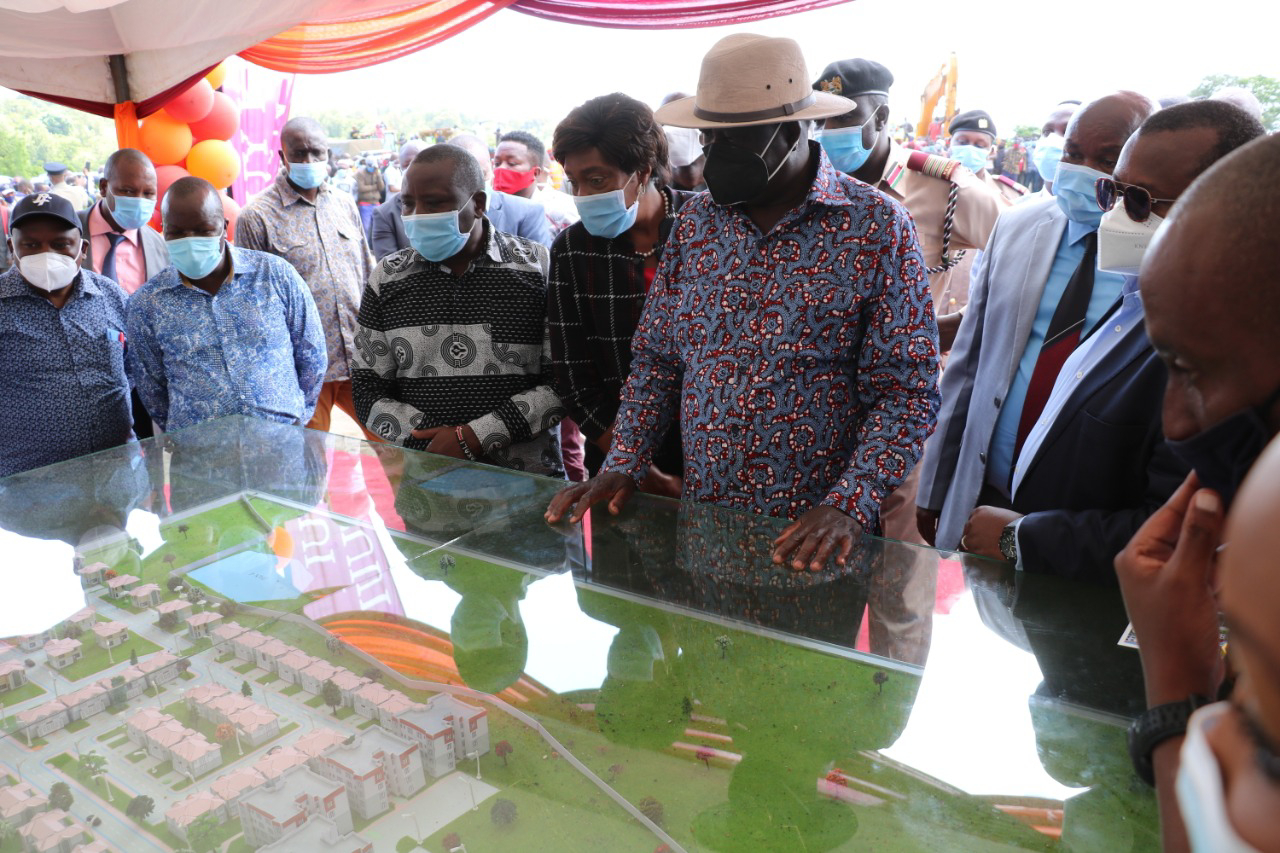 ODM party leader Raila Odinga has insisted that the Building Bridges Initiative (BBI) referendum will be conducted before the 2022 general elections to avoid confusing Kenyans.
The former Prime Minister said the constitutional change initiative ought to precede the general polls for Kenyans to make informed decisions regarding electing their leaders and the proposed constitutional amendments.
“It is unfortunate that some individuals want the two combined but Kenyans will be overburdened with casting the main ballot and voting on multiple BBI questions as proposed by quarters opposing the document,” said Mr. Odinga.
He also accused the Tangatanga faction, allied to Deputy President Willam Ruto of insincerity regarding their stand on the BBI report saying they should clearly state their stand on the matter instead of taking Kenyans for a ride.
He spoke at Manyenyoni area in Kitui Township Monday after launching the Sh.6 billion Kitui affordable housing project under which the county administration plans to put up 2,000 housing units in partnership with real estate developers Musyi Development and Tecnofin.
Area governor Charity Ngilu also drummed up support for the BBI report and held that the country was capable of simultaneously undertaking the constitutional change drive and the Covid-19 recovery process.
The initiative will see among others residents of low-income own houses, create jobs and wealth.
Raila said many Kenyan populations had been deprived of decent housing for long in the country resulting in the expansion of slums and informal settlements, noting the housing program will help solve the problem in the country.
“The project will restore hope and decency of the beneficiaries, some of who are living in harsh conditions,” said the Former Prime Minister.
On her part, Ngilu said that the launch is a milestone of monumental proportions for Kitui.
The governor added that the housing requirements in Kitui stood at 250,000 making the county an attractive destination for housing developers.
She said the program seeks to meet the different client needs ranging from bed sitters to four-bedroom maisonettes payable for over 15 years.
The housing program will spur industrial and job creation in the county through use of local materials and also create employment to thousands of people in the next two years.
The Principal Secretary in the State Department of Housing Charles Hinga said Kitui is slowly establishing itself in the country’s map as a place of interest and growth.
Kenya Insights allows guest blogging, if you want to be published on Kenya’s most authoritative and accurate blog, have an expose, news, story angles, human interest stories, drop us an email on tips.kenyainsights@gmail.com or via Telegram
Related Content:  Kiambu Politics: Governor Kabogo Kicked Out From Uhuru's Inner Circle And a Plot To Eliminate Him Hatched
Related Topics:
Up Next