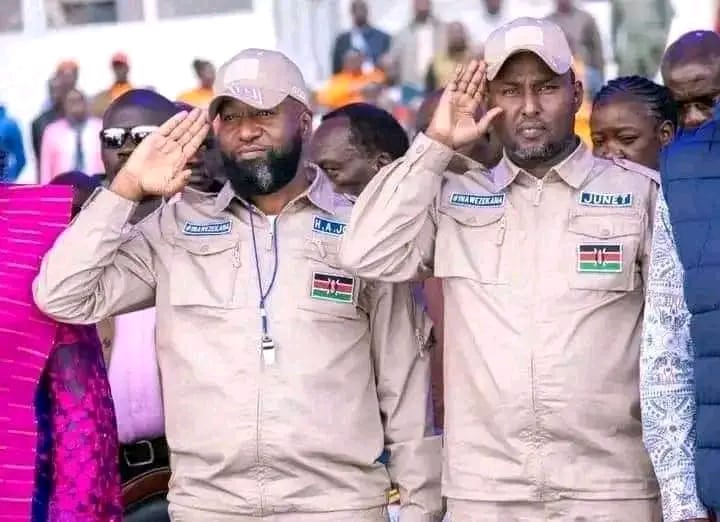 Raila Odinga has come to the rescue of his close confidant Suna East Member of Parliament (MP) and the coalition’s Secretary-General Junet Mohammed  over allegations that he misappropriated funds meant for agents during the just-concluded August 9 election terming the accusations as malicious and baseless.

“We have seen shameful and disgusting attacks on some members of our campaign on the question of agents. Defamatory and obviously false allegations of the misappropriation of campaign funds are flying on social media.

‘Let me state without equivocation that Hon Mohammed was a campaign lad in the field supporting the Rt Hon Raila Odinga. He at no time-even once-handled funds meant for agents. Nor did Mr Mohamed have anything whatsoever to do with the management of agents,” the statement reads in parts.

While maintaining that the August 9 elections were bungled, the coalition further stated that the claims circulating are merely false propaganda that members of the public must detest.

“We acknowledge there is disappointment about how the IEBC conducted the election and with the decision of the Supreme Court, but malicious allegations against Hon Mohamed and any of the secretariat staff should be beneath the dignity of every person,” the statement added.

“Importantly, let me state clearly that the issue of agents was not the cause of a bungled election. We must appreciate that it is not the responsibility of candidates to protect the vote, or conduct a free and fair election. That constitutional duty lies squarely with the Independent Electoral and Boundaries Commission (IEBC) working in concert with relevant institutions. No one should blame Azimio or our candidates for stolen votes or a fatally flawed election,” said Prof Mutua in a statement.

Following the former Prime Minister’s defeat by President-elect Dr William Ruto during the August General Election, bitter exchanges have dominated his camp with his lieutenants pointing fingers at each other for the loss.

The trio have been accused accused of bungling the election by failing to deploy enough agents across the country, in what the Raila Campaign secretariat says is lies and borders on defamation.

Kenya Insights allows guest blogging, if you want to be published on Kenya’s most authoritative and accurate blog, have an expose, news TIPS, story angles, human interest stories, drop us an email on tips.kenyainsights@gmail.com or via Telegram
Related Topics:AzimioHassan JohoJunet MohamedRaila Odinga
Up Next