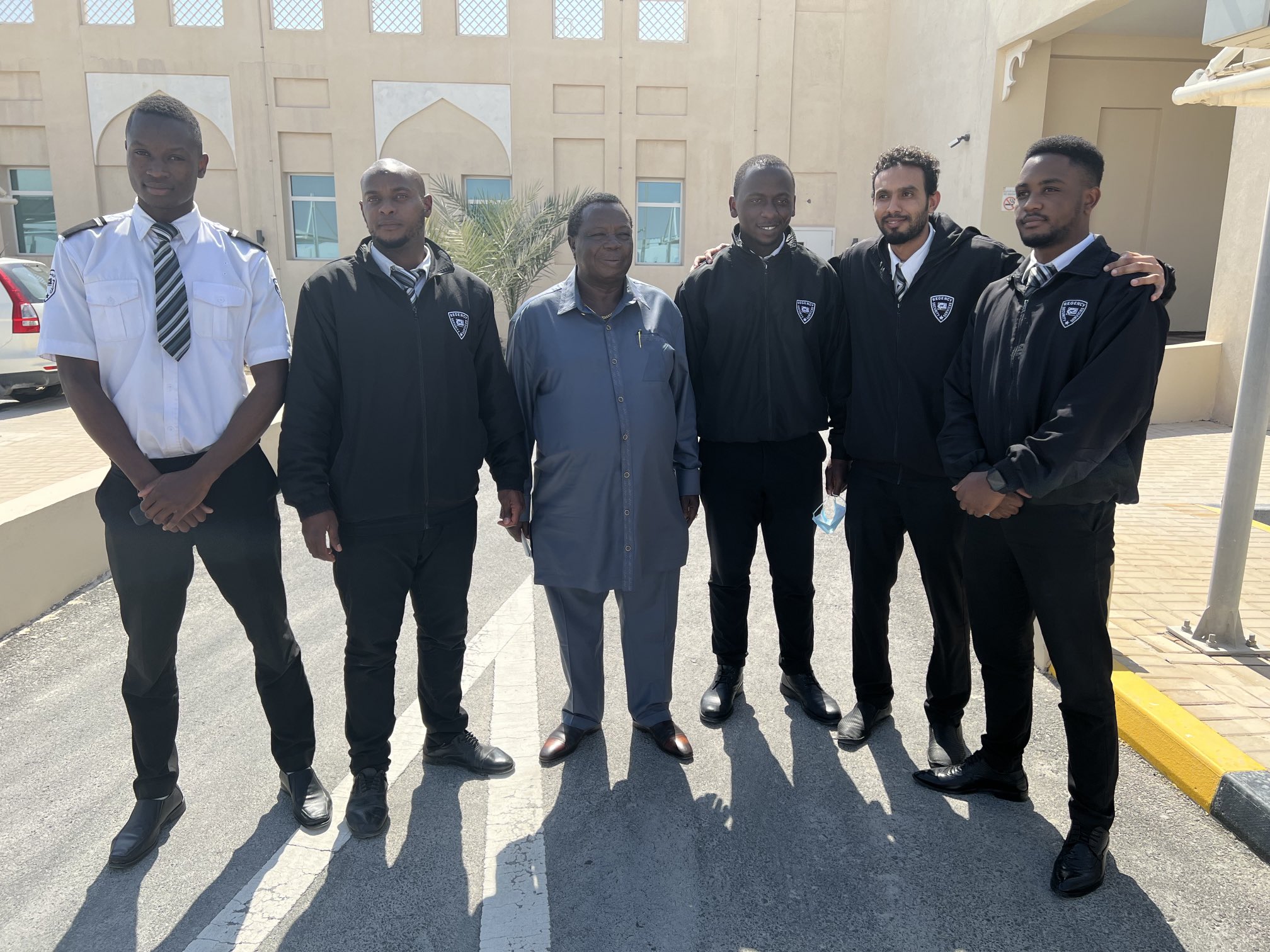 Atwoli meets a section of Kenyan workers in Doha, Qatar.

The Central Organisation of Trade Unions (COTU) Secretary-General, Francis Atwoli, has met with Qatar’s Labour Minister Dr Ali Samikh on the plight of Kenyan workers in the Gulf States.

From the meeting, it was revealed that a number of employment agencies are owned and operated by top state officials.

The talks come in the midst of an upsurge of complaints on the plight of Kenyan workers in Qatar and the Gulf states, who complain of various violations of Human Rights by their employers.

In a press statement released today two leaders agreed to eradicate deceitful employment agencies as well as ensure the safety of Kenyan workers.

“This meeting also sought to establish a dialogue with the Qatari authorities on the rights and conditions of African workers in that country and the region as a whole,” Atwoli’s statement read in part.

“It was also agreed that there is a need to ensure the safety of Kenyan workers, especially domestic workers, in Qatar by doing away with employment agencies that have been used to sneak in Kenyans to the gulf states,”.

The minister also noted that they were in the process of cancelling the operations of Kenyan owned employment agencies.

“At least 12 licenses have already been cancelled so far, with some of these agencies owned and operated by senior government officials,” COTU’s statement added.

Moreover, the meeting recommended that the Kenyan government should emulate the Philippines government and establish government-to-government relations with the Qatar government.

“The Kenyan government should establish government-to-government relations with the Qatar government so that the negotiations on the terms and conditions of Kenyan workers in Qatar are overseen by the government and not agencies,” he added.

Atwoli was part of the African trade union mission to Doha, Qatar, between February 18-21, 2022.

The mission was a follow-up relating to migrant African workers in Qatar and the Gulf states.

In November last year, Atwoli had urged the Ministry of Labour to ban Kenyan workers from seeking employment in the Middle East, terming the working conditions as slavery.

At the time, he also called for the closure of agencies taking Kenyans to Arab nations saying some Kenyans had been killed and others mistreated in the Middle East.

But Labour Cabinet Secretary Simon Chelugui said the government would not stop people from seeking greener pastures despite abuses in the Arab nations.

“The government is not going to ban the immigration of Kenyans to Middle East countries because those headed there are seeking greener pastures. We are working towards addressing these issues with the said countries and have an understanding,” said Chelugui.

He said if the government banned immigration to the Arab countries, some Kenyans would still end up there through the Persian Gulf.

Chelugui and Atwoli spoke at the 17th meeting of the African Regional Labour Administration Centre (ARLAC) committee of senior officials held in Mombasa.

Related Content:  World’s 10 Richest Men’s Fortune More Than Doubled In Pandemic: Oxfam
Kenya Insights allows guest blogging, if you want to be published on Kenya’s most authoritative and accurate blog, have an expose, news TIPS, story angles, human interest stories, drop us an email on tips.kenyainsights@gmail.com or via Telegram
Related Topics:employment agenciesFrancis Atwolikenyans in Qatar
Up Next