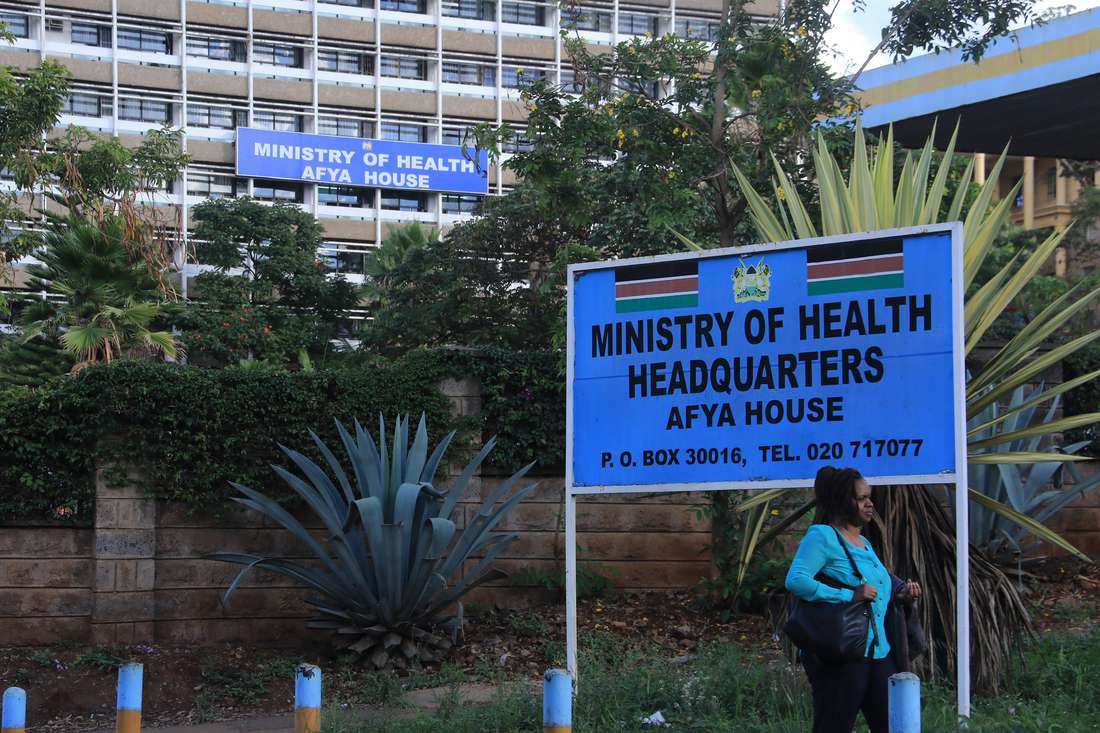 Senators have questioned how a law firm that offered legal services to the Ministry of Health in the execution of the Sh63 billion Managed Equipment Service (MES) project was procured.

The law firm, M/S Iseme, Kamau and Maema Advocates, gobbled up Sh56 million of taxpayers’ money in the MES project deal that is now a subject of investigations by the Senate ad hoc committee.

The Isiolo Senator Fatuma Dullo-led committee has raised questions how the Ministry of Health then under CS James Macharia resorted to restricted tender method in procuring the services of the law firm to advise it on the MES project.

Bungoma Senator and the committee vice-chairman Moses Wetang’ula questioned why Mr Macharia specifically went for M/S Isemeout of a list of many other law firms kept by the Attorney General, who are qualified to represent the government entities on various issues.

“The ministry should have written to the Attorney-General requesting for a list of law firms qualified to help government entities, and choose one. But in this case, the CS just picked Iseme Kamau advocates,” Mr Wetang’ula said.

Documents before the committee indicate that the scope of work of the law firm involved drafting, negotiating, amending and finalising the inter-governmental agreement between the ministry and counties.

Of concern to the committee is that the law firm failed to declare conflict of interest — one of the suppliers of the MES equipment who got the largest share of the deal was their client, and it is believed that they played a role in the awarding of the lucrative tender.

M/S General Electric East Africa Services, which supplied radiology equipment worth Sh23.8 billion, is said to be a client of the law firm.

The contract with the companies entailed leasing of assorted medical equipment – renal, laboratory, ICU, radiology and theatre equipment – to at least two hospitals in each of the 47 counties for seven years. It also included installation of the equipment and training of technical staff.

The committee is investigating whether the public got value for money for the MES projects as various reports have indicated that some of the expensive equipment are lying idle in counties due to lack of qualified personnel to handle them.

The committee is also investigating how the contract, which was initially valued at Sh38 billion, was later escalated after variation to approximately Sh63 billion.

The committee is questioning why the law firm signed a formal agreement in 2015 yet their scope of scope of work involved drafting of the entire MES project, which was done in 2014.

Appearing for the law firm, Senior Counsel Paul Muite said government agencies are allowed to pick a particular law firm to act for them hence there was nothing illegal in M/S Iseme clinching the deal.

He also denied that the law firm had knowledge of the suppliers and failed to declare conflict of interest that one of them was their client.

The senior counsel said there was nothing illegal in commencing work for the ministry before signing a formal agreement.

The committee is supposed to table its report on August 4.-DN.

Related Content:  Panic Grips NTV's Larry Madowo As He Rushes To Court To Block Eminent Jailing In Case Againt Cyprian Nyakundi
Kenya Insights allows guest blogging, if you want to be published on Kenya’s most authoritative and accurate blog, have an expose, news TIPS, story angles, human interest stories, drop us an email on [email protected] or via Telegram
Related Topics:
Up Next