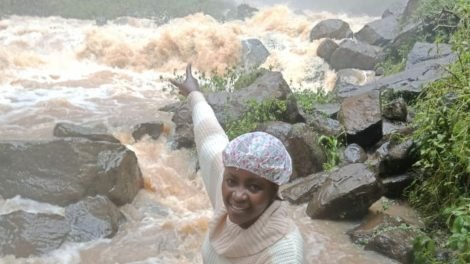 On Sunday afternoon while taking pictures with her brother at the world-famous Thomson Falls in Nyahururu town, Laikipia County — Jemima Oresha was standing on a stone next to River Ewaso Narok at the bottom of the falls when she slipped and fell into it. 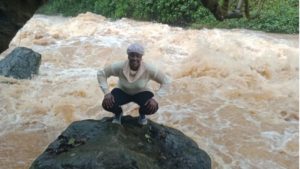 The deceased. Moments prior.

Her brother Zablon Mungafu was taking a picture of her at the time. Mr Mungafu said Ms Oresha travelled from Kitale in Trans Nzoia County on Saturday to visit some of her relatives in Nyahururu and was set to return on Monday.

“On Sunday, she said she could not go back to Kitale before catching a glimpse of the famous tourist attraction,” said Mr Mungafu.

“When we reached the site she was very excited to see the falls. She said it was a site to behold and insisted that I take photos of her while standing on a stone next to the river, two metres from where I was. 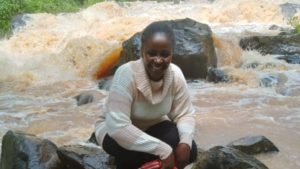 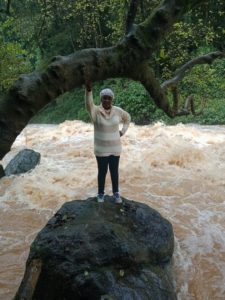 “I had finished taking her picture and as she was returning to where I was, she slipped and fell into the river and was swept away by the raging waters as I watched. I could not do anything as the water was moving at a very high speed.”

Thomson Falls stands 74 meters high. It is one of Kenya’s highest, at 2360 meters above sea level. The falls is a tributary of Ewaso Nyiro River, which drains from the Aberdare ranges, that form one of the pillars of the Great Rift Valley.

It is a great attraction to both local and foreign tourists.

Related Content:  Kenya's Has Among Highest Fraud And Economic Crime Rates In The World

Mr Mungafu said he informed security officers at the site, who then informed police, and a rescue mission was launched. 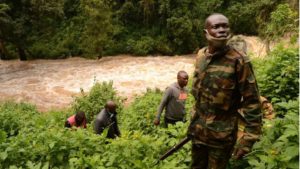 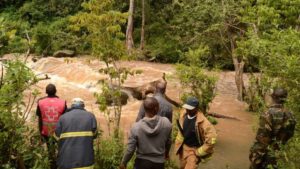 The family has since called on Laikipia County to send more divers to help them in the search for Ms Oresha’s body.

“We appreciate the good work being done by police, Red Cross personnel and the Laikipia fire brigade but we urge the county to send more divers to the scene,” said Mr Milton Luvokha, another relative.

Nyahururu Sub-County Police Commander Geoffrey Mayek said the search was suspended on Sunday evening due to heavy rains and high water levels in the river.

Mr Mayek added, however, that they were hopeful they would find the body. He appealed to locals living downstream to inform police should they come across the body and to be cautious near rivers and waterfalls, especially during the rainy season.