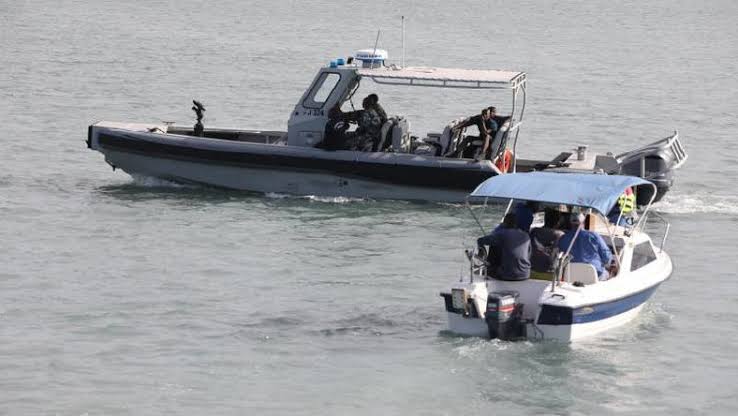 The government failed to retrieve the two bodies and a car trapped in the seabed yesterday as the Government spokesman Cyrus Oguna had assured. Just like the first private diver the family of Mariam Kighenda had hired, the South African divers hired to assist the recovery also left on Wednesday evening.

According to the bereaved family, the South African divers left after their task which was locating the wreckage and corpses was done. The private divers according to reports voiced their displeasure over a statement issued on Wednesday that did not acknowledge the efforts the divers made towards the recovery of the family. The report termed the rescue operation an exclusive Kenya Navy affair.

Up until now, over three groups of private divers have left the recovery efforts  citing frustration from the Kenyan government.

“It is very frustrating for us as a family. We do not know what is happening. It is taking too long but we have no other option other than to wait,” said John Wambua the husband to the Mariam.

Following the location of the wreckage, Oguna had announced that the Navy would retrieve the corpses and the car within hours, this would not be the case. Oguna then said 9pm, a day later and there is no bodies or a wreckage.

A team from the Directorate of Criminal Investigations (DCI) and Kenya Maritime Authority has allegedly been taking statements from top Kenya Ferry Services officials to establish any criminal culpability that may have led to the accident. Reports say four top ferry officials may face murder and criminal negligence charges.

Related Content:  Inside KRA
Kenya Insights allows guest blogging, if you want to be published on Kenya’s most authoritative and accurate blog, have an expose, news TIPS, story angles, human interest stories, drop us an email on [email protected] or via Telegram
Related Topics:
Up Next