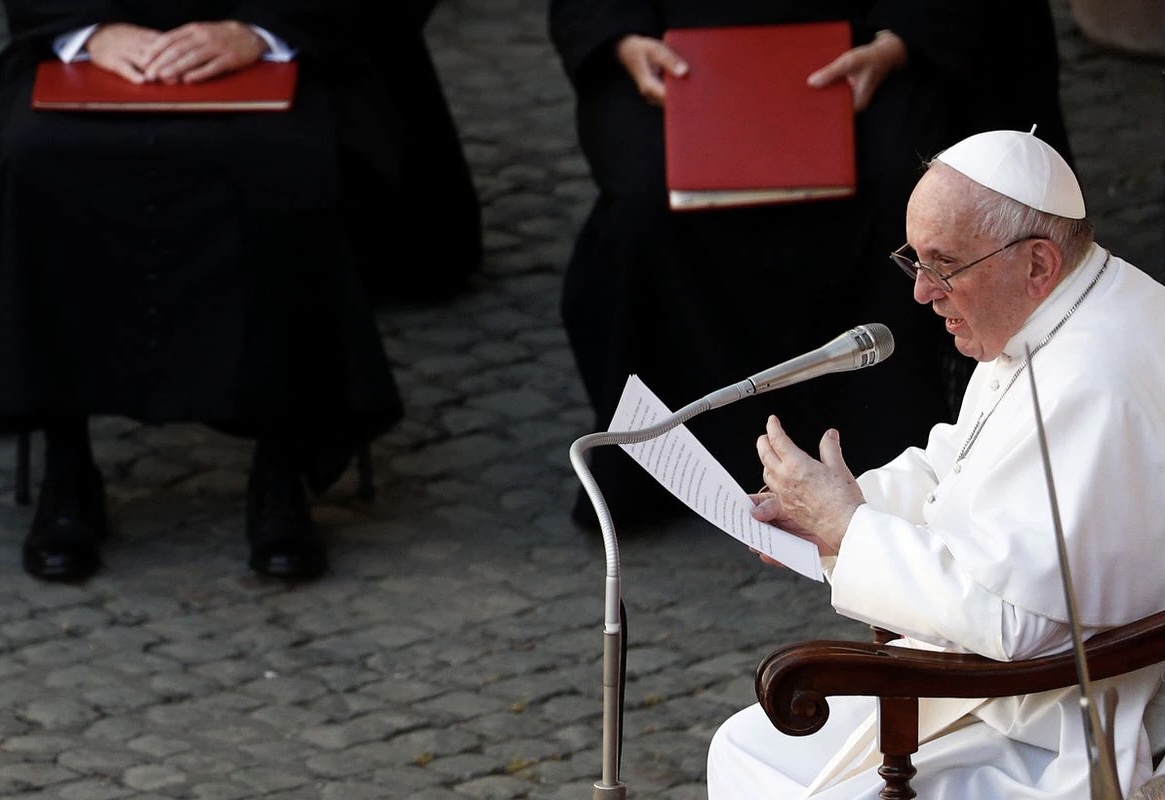 VATICAN CITY, July 4 (Reuters) – Pope Francis was admitted to Rome’s Gemelli hospital on Sunday for scheduled intestinal surgery, the Vatican said, the first time he has been in hospital since his election in 2013.

Spokesman Matteo Bruni said the pope, 84, was due to undergo the surgery later on Sunday for an intestinal condition that tends to affect older people and can cause abdominal pain.

The pope appeared to be in fine health several hours earlier when he addressed thousands of people in St. Peter’s Square for his Sunday blessing and announced a trip to Slovakia and Budapest for September read more .

The sprawling Catholic-run Gemelli hospital and medical school in the northern part of Rome traditionally treats popes and a part of its 10th floor is permanently reserved for them.

Francis is suffering from symptomatic diverticular stenosis of the colon, a condition where sac-like pouches protrude from the muscular layer of the colon, leading it to become narrow.

In addition to causing pain, the condition can lead to bloating, inflammation, and difficulty in bowel movement.

Francis is sometimes short of breath because a part of one of his lungs was removed following an illness when he was a young man in his native Argentina.

He also suffers from sciatica, which causes pain that radiates from the lower back along the sciatic nerve to the legs.

The condition, for which he receives regular physiotherapy, forced him to miss several events at the beginning of this year and has led him on occasions to walk with difficulty.

Last year, a bad cold kept him from taking part in a week-long Lenten retreat with senior aides south of Rome.

In 2014, a year after he was elected pope, Francis was forced to cancel several engagements because of what was believed to be a stomach ailment.

Kenya Insights allows guest blogging, if you want to be published on Kenya’s most authoritative and accurate blog, have an expose, news TIPS, story angles, human interest stories, drop us an email on [email protected] or via Telegram
Related Topics:Gemelli hospitalhospitalizedPope FrancisRome
Up Next

Derek Chauvin Sentenced To 22.5 Years In Prison For Floyd Murder