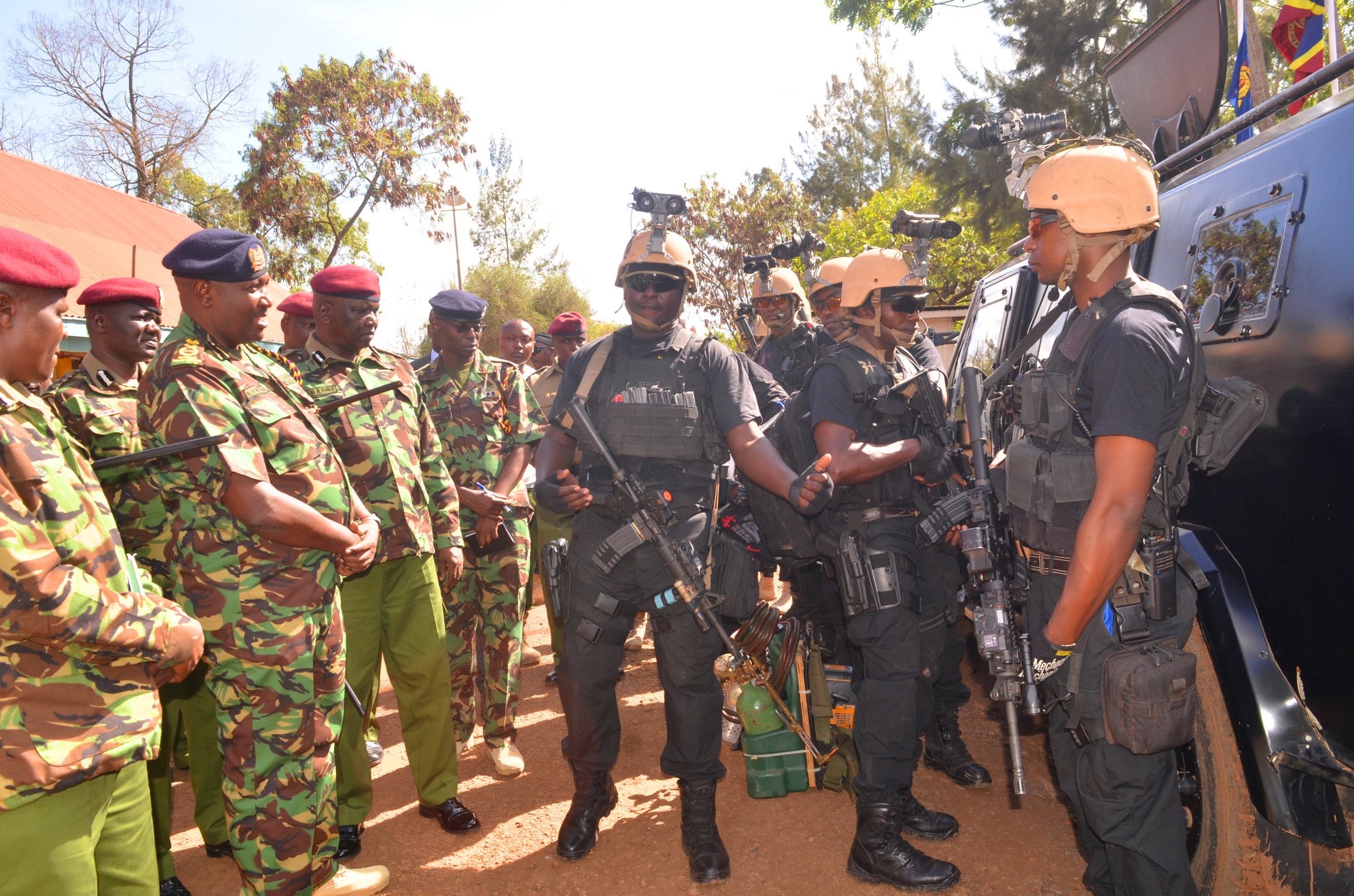 “I will not hesitate from rewarding officers who undertake their duties diligently as they secure our great nation Kenya.” These were IG’s sentiments when he promoted two Recce Squad officers from the rank of a Police Constable (PC) to Corporal (CPL) during his visit to GSU headquarters Ruaraka and Recce Unit headquarters-Ruiru. The two officers sustained injuries in the line of duty during the terrorists’ attacks in Kenya.

Mr. Mutyambai applauded the elite Recce squad officers for making Kenyans proud in all the operational assignments they’ve ever been tasked to perform.

Giving an example of the Dusit D2 terrorist attack, the IG thanked the Recce Squad officers for silencing the attackers in the shortest time possible given the complexity of the rescue mission.

The National Police Service chief also assured officers that he will give them all the necessary support they’ll require during his tenure noting that having been recruited in the police service as a constable, he understands what officers undergo in the line of duty as they secure the country. He also encouraged police commanders to listen, counsel and advice their juniors who might be experiencing various problems. “Officers should never be left to suffer alone” He reiterated.

Team spirit should be a guiding norm to all police officers thus by so doing suicide cases in the National Police Service will be a thing of the past.

He referred to a case of one, Chief Inspector Asbel Kiprop who is a member of the National Police Service who made Kenya proud in athletics locally and internationally.

The IG gave his commitment towards giving the hero the necessary support during his trying moment and later met him at the NPS Headquarters Jogoo house.

US Embassy In Nairobi Issues New Requirements For Issuing Visa