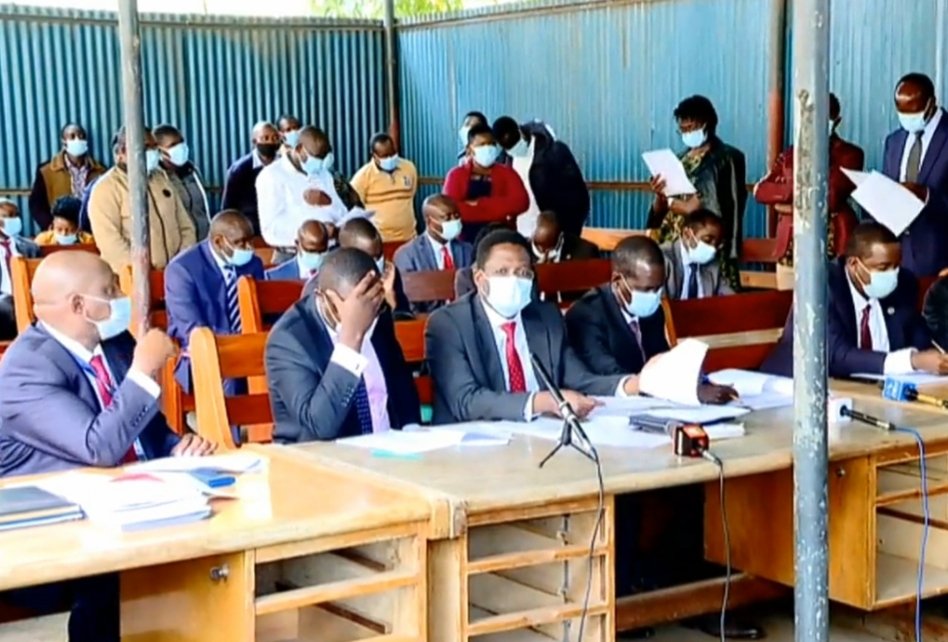 Migori Governor Okoth Obado, his four children and six others will spend the weekend in police custody as they await ruling on their bail application that will be given on Monday.

Appearing before Senior Principal Magistrate Magistrate Lawrence Mugambi, Obado and the co-accused denied the charges labeled against them. They were charged with 28 counts of economic crime, money laundering and conflict of interest.

Obado is accused of indirectly stealing Sh73.4M from the county coffers in which money was wired to his children’s accounts and used other proxy companies to siphon the funds.

Kenya Insights allows guest blogging, if you want to be published on Kenya’s most authoritative and accurate blog, have an expose, news TIPS, story angles, human interest stories, drop us an email on [email protected] or via Telegram
Related Content:  Lawyer Ahmednasir Trade Jabs With Uhuru’s Former Hotel Manager Mohammed Hersi Over CJ Maraga’s Reshuffling
Related Topics:
Up Next