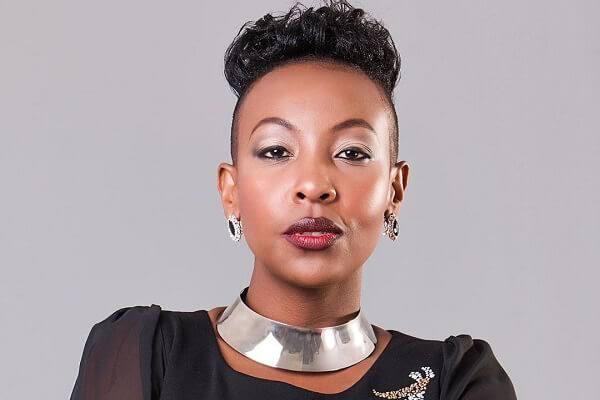 NRG radio presenter Rachel Muthoni Njeru alias Mwalimu Rachel, has been accused of allegedly robbing a Kenyan man of valuables that are worth about Sh103,000 and is now facing charges of robbery with violence, contrary to section 299 (2) of the Penal Code.

The presenter was charged alongside four others at the Kikuyu Law Courts on January 31 for allegedly robbing Martin Mbugua of valuables worth Sh103,000.

Rachel and her accomplices allegedly violently robbed Mr. Mbugua of a wrist watch, two silver chains and cash on January 17 at Kinoo, Kikuku sub-county in Kiambu County. “On the 17th day of January 2020 at Kinoo 87 area in Kikuyu sub-county in Kiambu county, jointly with four others not in court, she robbed Martin Mbugua Njeri of two silver chains, valued at ksh 65,000, a wristwatch worth Ksh 35,000 and Ksh 3600. All of a total value of Ksh 103,600,” the charge sheet read.

The talent manager could be facing the death penalty should the court find her guilty. “If the offender is armed with any dangerous or offensive weapon or instrument, or is in company with one or more other person or persons, or if, at or immediately before or immediately after the time of the robbery, he wounds, beats, strikes or uses any other personal violence to any person, he shall be sentenced to death,” section 296 (2) of the Penal Code states.

According to SDE, Mr Mbugua narrated how Rachel with and her accomplices had allegedly assaulted and robbed him. Rachel, who manages Sailors music group was allegedly upset at him after one of the members, Miracle Baby missed out on a commercial shoot.

Related Content:  A Friend Who Lived With Monica Kimani In South Sudan Reveals What She Was Doing And Why Her Parents Are To Blame

They bumped into each other at a funeral in Kinoo where he was assaulted. “We found Mwalimu Rachel waiting for us with some guys. She came directly to me and started slapping me before calling on the other guys to join in on the beating.” SDE writes.

The man says he was assaulted for three hours.

Rachel pleaded not guilty to the charges and was released on a Sh10,000 cash bail.  The case will be heard on 13 February.

DJ Evolve’s Father Thanks Babu Owino For The Money