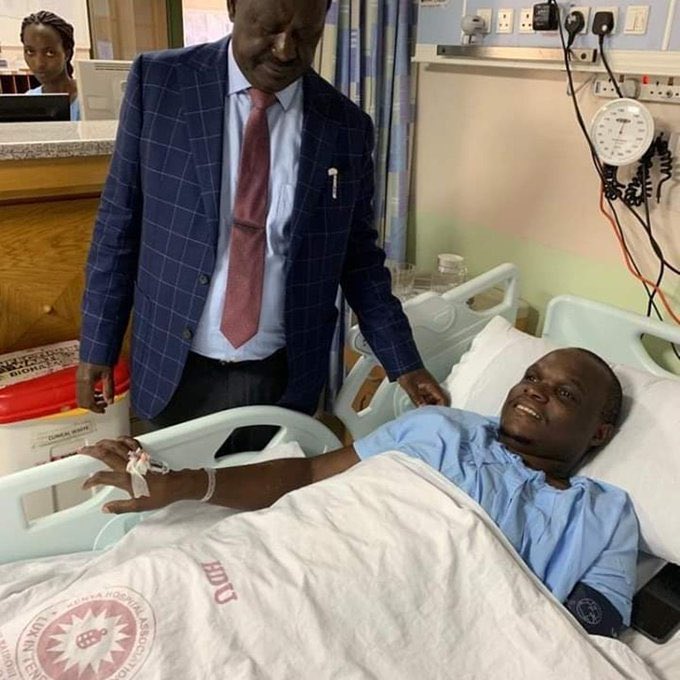 National Super Alliance (NASA) CEO Norman Magaya has confirmed that his party did not abandon him following his heart attack.

On his twitter account Magaya stated that he has been under treatment for the past four months and that his Orange Democratic Movement (ODM) party has stood by him throughout.

I have had a recurrent heart condition for the past four months and been admitted in hospital on three occasions latest being last week .On all occasions both the coalition leadership and the @TheODMparty have stood with me.

His response came after allegations ODM party had abandoned him during the time he needed them most.

DD this is not true. Norman Magaya gets a monthly stipend from ODM National Secretariat. Equivalent to what he was earning as NASA CEO. It’s important to verify facts

Great, Director. This is good to hear and set straight especially at a time the issue of Norman’s health has been a subject of online discussions informed by his own posts. Probably, and I may be wrong, DD is making reference not to the stipend but, a deliberate medical support.

In a series of tweets the ODM party had also denied the claims of abandonment that had attracted much criticism from Kenyans who were willing to help him raise any pending medical bills.

2)… To the best of our knowledge, no pending bill exists. The SG @edwinsifuna visited with him during his most recent hospitalization and confirmed the same with Mr Magaya. He would ordinarily contact the party if there were any such bills as he has always done.

3). As a senior member of The ODM Party, we will go out of our way to safeguard Mr Magaya's welfare, but will do it silently, as we fulfill our mandate to the masses that we serve. These matters are extremely personal and we urge all persons to respect the privacy of Mr. Magaya

Related Content:  KRA Bags Sh11 Bn From Tax Disputes
Kenya Insights allows guest blogging, if you want to be published on Kenya’s most authoritative and accurate blog, have an expose, news, story angles, human interest stories, drop us an email on tips.kenyainsights@gmail.com or via Telegram
Related Topics:
Up Next