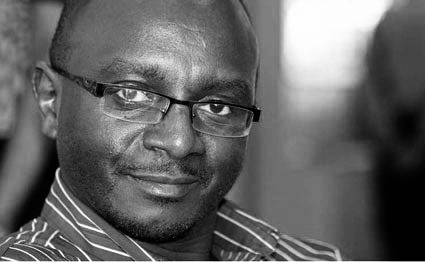 Nation writer John Kamau can do riveting, award-winning investigative reporting. He knows his stuff. But, hey, watch out! Kamau can also be a tedious conspiracy theorist dishing up stale regurgitations that insult readers’ intelligence.

What is the point of a story about a prominent politician with presidential ambitions whose death remains a mystery seven years later? What are readers supposed to do about the unresolved mystery? How does retelling the tale help public understanding?

Immediately one hears that an investigative journalist is on a mystery death story, the expectation is that the scribe would dig up something.

We are talking about a big story on the late former Vice President Prof George Saitoti appearing in the Sunday Nationon June 16.

“Seven years ago today, George Saitoti – Kenya’s most mysterious and excessively paranoid politician – was buried at his Enkasiti Farm in Kitengela after dying in an air crash six days earlier,” the report begins.

“Nobody knows what happened and why a brand new police helicopter fell from the sky over Ngong Forest – and those who know have kept their code of silence to date.”

Many paragraphs down, we are told Prof Saitoti had only three trusted security confidantes: Inspector Joshua Tonkei, his personal assistant, Michael ole Tanju, and a bodyguard named Sultan. The only other confidant was businessman Jimi Wanjigi.

Related Content:  Kenya's Biggest Problem Is The Inner State Capture And Not Even IEBC

Might these people know what happened and why a brand new police helicopter dropped from the sky over Ngong Forest killing Saitoti, assistant minister Orwa Ojode and everyone else on board? The writer abandons the reader to guess.

“In life, and by paranoia standards, Prof Saitoti’s only equivalent was his erstwhile political mentor Nicholas Biwott, who saw life in apocalyptic terms, too,” the report says.

“Both were embodiments of the McCarthyism mentality, and lived in either pseudo or innate fear, real or imagined.”

What is that? Where does the writer pull “McCarthyism mentality” from? What is it? Who is Kamau writing for?

Nation: Saitoti was a riddle wrapped in a mystery inside an enigma

Besides, everyone knows Saitoti’s famous “There come a time” speech – what was it famous for, anyway? Media people decided it was famous, just like that.

Saitoti’s boss President Moi humiliated him. He was implicated in the Goldenberg scandal. Was fabulously rich. As VP he nearly died of poisoning by unknown people. He wanted to be president. Post-mortem report indicated he might have inhaled poison before the plane crash.

And so on and so forth. But, sorry, none of that is news. Nothing in the entire Nation story is not public knowledge already.

“Seven years after his mysterious death, Prof Saitoti’s life is still shrouded in mystery.” That is how Nation writer John Kamau ends his story.

So, people, what do we do? A prominent investigative journalist has just told us Saitoti’s mysterious death is still shrouded in mystery. Tufanye nini? Why did he bother writing all that?

Yet Kamau is not alone in this travesty of investigative journalism. As we speak – sorry, write – it is possible some scribe somewhere is considering doing a story on the unresolved mysterious death of Chris Musando. Or Robert Ouko. Fr John Kaiser. Tom Mboya. JM. Pio Gama Pinto. Masinde Muliro. Any of the many political deaths in Kenya’s tortured history.

Such stories often appear on death anniversaries, rehashing what is already in the public domain.

Please stop, if you have unearthed nothing new. Investigative journalists must earn the title.

Ruto’s Assassination Claim Is The Joke Of The Year