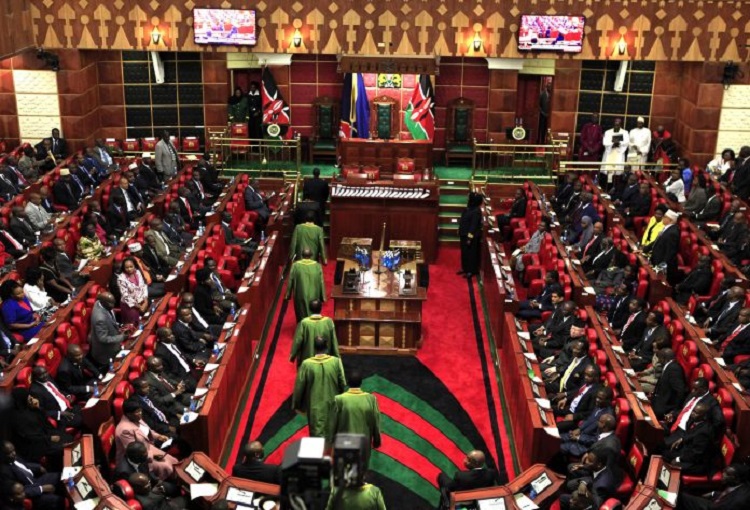 The High Court has ordered Members of Parliament (MPs) to refund Ksh 1.2 billion that they unlawfully awarded themselves as house allowance in the year 2018.

The Salaries and Remuneration Commission (SRC) and activist Okiya Omtatah Okoiti had challenged the Ksh 250,000 house allowance that the 416 MPs awarded themselves.

Justices Weldon Korir, Pauline Nyamweya and John Mativo unanimously ruled that SRC acted within its mandate by directing Clerks of Parliament not to pay the allowance which did not interfere with the constitution independence of parliament and PSC.

The Clerk of the Senate and National Assembly have since been directed to recover in full from the salaries and allowances of each MP the entire money paid to them as accommodation.

Each MP will be required to pay back Ksh 2.8 million from their salaries within the next one year.

Omtatah in his argument stated that the PSC, without the knowledge and approval of the SRC, secretly resolved to pay a monthly house allowance of Ksh 250,000 to each of the 418 MPs backdated to August 2018. Further, that it paid backdated house allowances of Ksh 2.25 million in April 2018 to each MP.

He further contended that the payment is a double benefit as house allowance is already included by SRC in MPs’ gross pay noting that MPs are entitled to a mortgage of Ksh 20 million per term to cater for their housing needs.

Kenya Insights allows guest blogging, if you want to be published on Kenya’s most authoritative and accurate blog, have an expose, news, story angles, human interest stories, drop us an email on tips.kenyainsights@gmail.com or via Telegram
Related Content:  Governor Obado And His Four Children Freed On A Sh18.5M Cash Bail Cumulatively
Related Topics:
Up Next

Sh1B Vouchers Owed By NYS To Suppliers Verified As Fake