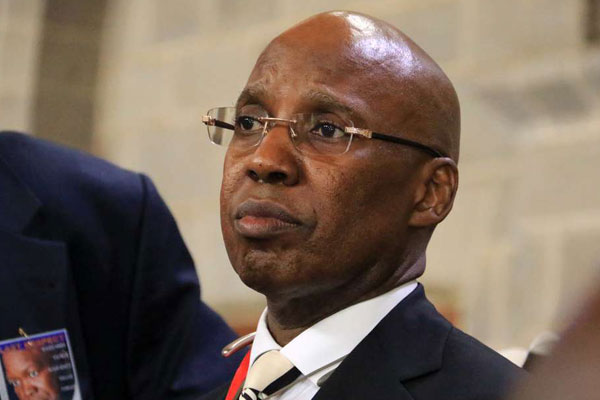 Controversial businessman Jimi Wanjigi is now embroiled in a fight for prime land in Westlands worth KSh400 million with two Kitengela businessmen. Both parties claim they have documents to prove the one acre piece of land situated on General Mathenge Road in Wetlands belongs to them.

Wanjigi has already filed a complaint with the police, he filed a legal complaint with Parklands DCI officers on August 29th claiming ownership of the land, he claims he has been paying land rates and rent for the property since he acquired it further accusing the two businessmen of colluding with lands officials at Ardhi House to take away the land. The two businessmen who operate under a company dubbed Horizon Hills Limited. are yet to record statements.

A report by the Standard indicates the case which was being handled by Directorate of Criminal Investigations (DCI) officers at Parklands Police Station, has since been transferred to the Land Fraud Unit at the DCI headquarters after pressure from powerful individuals in and outside government.

In a three page statement, Wanjigi told the police that he bough the parcel of land after from Horizon Hills and proceeded to change the ownership to a company in which his wife Irene Nzisa is a director in 2005.

Wanjigi found out about the two businessmen laying claim to the piece of land when he decided to sell it in 2018.

Kenya Insights allows guest blogging, if you want to be published on Kenya’s most authoritative and accurate blog, have an expose, news TIPS, story angles, human interest stories, drop us an email on [email protected] or via Telegram
Related Content:  Governor Isaac Rutto Assaults Women Doctors, Brandishing His Gun When He Stormed In Their Meeting, Bomet
Related Topics:
Up Next