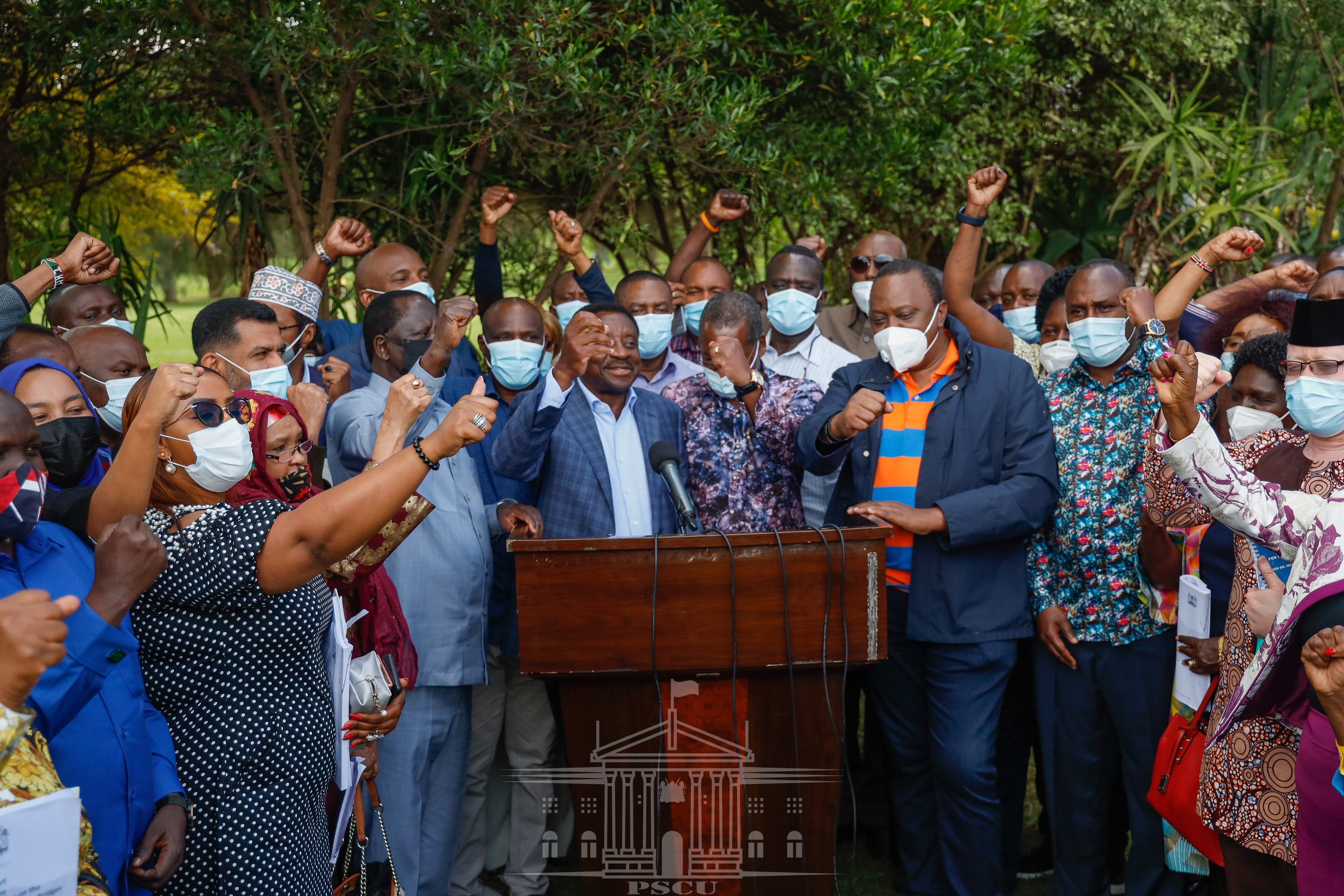 Members of Parliament (MPs) from both the National Assembly and the Senate have declared their support for the proposals in the recently published Building Bridges Initiative (BBI) report.

In a statement read by Senate Minority Leader James Orengo at the close of a two-day consensus building retreat in Naivasha, the legislators said BBI will ensure that all Kenyans have access to the country’s shared prosperity.

“We have gathered here as Members of Parliament numbering nearly 300 from the National assembly and Senate to express our unequivocal support for the BBI,” the statement read in part.

In the statement read in the presence of President Uhuru Kenyatta and opposition leader Raila Odinga, Senator Orengo explained that shared prosperity means all communities in Kenya will be able to enjoy a share of national resources.

“One of the methods that this will be achieved is by increasing the minimum amount of shareable revenue to the Counties from 15 percent to 35 percent,” the Siaya Senator said.

The statement further said BBI creates a development fund which will be allocated 5 percent of shareable revenue as an additional measure to ensure resources reach the grassroots.

“These measures and numerous others will ensure that marginalised communities especially the pastoral communities are adequately resourced,” Senator Orengo said.

The legislator said BBI outlines measures to ensure women, the youth and people living with disability participate in national leadership and decision-making.

“We have resolved to ensure gender equity is achieved by making specific provisions for it in the proposed Constitutional Bill,” he said.

The Senator said after their deliberations during the two-day retreat, the MPs are now ready to start popularizing the BBI report.

He urged all leaders and citizens to support BBI saying the process will deliver a new constitutional order for the benefit of the whole country.