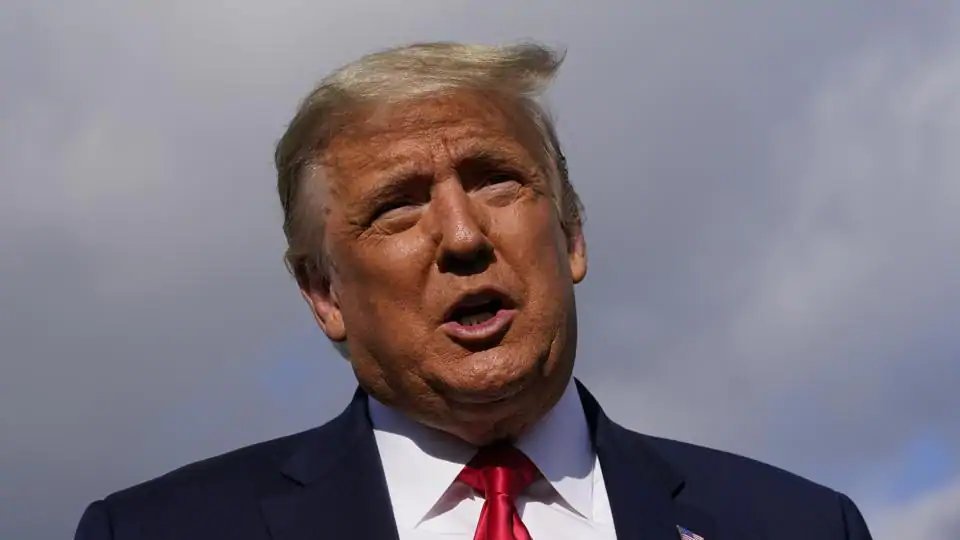 The hate towards Donald Trump may prove as decisive in determining the outcome of this election, as hate towards Hillary Clinton did in 2016.

Back then, many Americans hated the Clintons and hoped for anyone but Hillary to assume the presidency. Today, many hope for anyone but the incumbent president, even if it were old and tired Joe Biden.

Hate, of course, is not new to American politics. It is a fixture of American society, any society for that matter, and there is plenty of it to go around, alas.

Hate is rooted in paralysis and driven by despair, but it motivates, hardens and energises precisely in order to overcome despair. Hate is simple and straightforward, it protects and reassures us in uncertain times.

But hate is also miserable and destructive.

Hope may counterbalance hate, even if it turns out to be false hope. Indeed, many US presidents in recent memory ran on messages of hope, optimism and compassion, including Ronald Reagan, Barack Obama and the “Man from Hope” Bill Clinton.

But a new plague of racial and political hatred infected America after its economy collapsed in the 2008 meltdown and Obama became the first Black president, and it turned into a national contagion with the rise of Trump as a populist white hatemonger nationalist.

It has proven particularly resilient and ruinous to the country’s system of government, liberal democracy.

It is, of course, important to distinguish two types of hate: hating the other for what they do and hating them for who they are, the latter being a more sinister, overtly racist type of hate.

Pollsters have observed that it is not only Republicans and Democrats who are now thinking in hateful, virulent, even apocalyptic terms, but surprisingly, Independents as well.

In effect, Trump is as much a symptom as he is a spreader of this hate virus that has weakened the nation’s immunity and raised its temperature to feverish, life-threatening levels.

It is also fear, fear of Trump winning a second term.

If Trump defies the pollsters’ predictions, as he did in 2016, and defeats Biden on November 3, many of his followers would see his victory as no less than a miracle, divine intervention, and a clear and dangerous vindication of their righteous hatred.

Along with a Republican-led Senate and a conservative majority in the Supreme Court, Trump would rule like an autocrat, crushing the country’s liberal pillars, reversing liberal laws and limiting the freedom of the press.

It may be an exaggeration, but liberals believe more than ever before that a Trump victory would spell the beginning of the end of American democracy.

Meanwhile, the racial and ideological divide would deepen further, as white nationalists would be empowered to reclaim public space, leading to potential civil strife.

Contrary to conventional wisdom, a Trump triumph would also prove devastating to the Republican Party and especially to its liberal and centrist wings that have shown a lack of enthusiasm for, if not total opposition to, another Trump term.

The president has already monopolised the party’s leadership, making its 2020 platform his own, and he is sure to continue to further radicalise it according to his whims and impulses.

Such a triumph would also be devastating to the unity of the Democratic Party, pitting progressives against centrists, as the party comes under attack from the radical right.

Trump has already appointed more than 200 federal conservative judges and three Supreme Court judges; if re-elected, he would transform the US judiciary and politicise it for decades to come.

Trump would become an inspiration, a lightning rod for populist nationalists in America and around the world, triggering a domino effect with untold consequences for the Western alliance, not to say, civilisation.

It is the fear of such an eventuality that has pushed a record 74 million voters to cast their vote early – a number that will only increase leading up to election day on November 3. This could be a sign that Americans are keen to overcome voter suppression and to seal Trump’s defeat in 2020.

If the polls are correct, the president will reap what he sowed. Just as the Trump presidency lived by hate, so it may perish by hate.

But a Trump loss would have no less dramatic ramifications for US politics, starting with his potential rejection of an unfavourable result.

He has warned repeatedly against rigged elections that could result in part from postal voting. Never mind that there is no factual basis for such a claim and that his own family has voted by mail.

Trump hopes “his” majority in the Supreme Court would take his side in any emerging dispute, which, unlike the contested 2000 elections, would bring the country to the brink.

But if he is declared the loser of the election, the ramifications for the Republican Party and the conservative movement in general would be no less dramatic.

With no love lost between the party’s radical and liberal wings, the bickering, recrimination and division will start the next day. The radicals are sure to accuse the centrists of undermining the party and betraying the “brother leader”.

These attacks could take a menacing, and even destructive, tone if any number of the centrist/liberal Republicans join the Democratic administration, as Biden hopes they would. This could further undermine the unity and effectiveness of the party.

In other words, the demise of the Trump presidency could throw the Republican Party in disarray. This may be beneficial for the Democratic Party, but the decline of any one party in a two-party system may not necessarily serve the long-term interest of US democracy.

Sobering up the morning after

These elections feel like they have gone for so long that their mere conclusion will be a welcome relief.

As one observer remarked, we have been holding our breath for too long, it is high time this ends so we can all breath normally once again.

But the stakes are so high and the scars so deep that, regardless of the election results, the country will, for the foreseeable future, continue to pay the price for Trump’s debacles.

It is said the best remedy for hate is love. But let us be honest, love is scarce and hardly on offer in today’s America. Nor is forgiveness or forget-ness, it seems.

So, given that it is hard to find a vaccine for Trumpism, the only hope for the country is to fight the hate virus any way it can and slow down the contagion before it hurts more people.

This begins by “political distancing” the government from the populist-nationalist agenda and avoiding another four more years of vitriol, in order to finally take a deep breath, for a change.

It also means addressing the root causes of why so many people from all walks of life are so bitter and angry.

I know better than to repeat mantras, but there is no way around improving the socio-economic conditions to tackle inequality in all its forms.

The winner of the election also must refrain from retaliation or further humiliation of the losing party.

Winning the vote may well prove to be the easy part. Reducing hate and restoring hope as a pandemic ravages the country will be the true challenge for the next president of the United States.

Marwan Bishara
Senior political analyst at Al Jazeera.
Kenya Insights allows guest blogging, if you want to be published on Kenya’s most authoritative and accurate blog, have an expose, news TIPS, story angles, human interest stories, drop us an email on tips.kenyainsights@gmail.com or via Telegram
Related Topics:
Up Next

Tanzania’s Tundu Lissu: Jailed, Shot But Refusing To Back Down