Connect with us
Mourinho lands new job at talkSPORT

Former Tottenham Manager Jose Mourinho has spoken for the first time since he was sacked by the club last Monday after a 2-2 draw with Everton on April 16. The result followed poor performance by the Portuguese manager was in charge for the last 17 months in North London but faced criticism for failing to transform the star studded Spurs into aggressive attackers and title winners.

But barely two weeks after the dramatic sack, the celebrated football tactician will be joining radio station talkSPORT for their coverage of this summer’s European Championships.

He will be with the station’s listeners across the schedule, from it’s live GameDay programming to regular slots on the Breakfast shows. Mourihno described his new role as incredible when footballers lovers believed it was a wrap in Premier league and expected him to move to international roles.

“As a football man I always look to football. I look very much forward to the new job because I believe it is going to be something new and something incredible. I am totally absorbed by football, I just love to work. In this moment I have not been working for a week and I am missing it already. Let’s enjoy.” he said.

TalkSPORT boss Lee Clayton added that  “Jose Mourinho is a box office signing for talkSPORT. I can’t wait to hear his views on England, Scotland and Wales as well as the other giants of the tournament.

“His experience and insight will be fascinating for talkspor listeners who will also get an exclusive opportunity to put questions to him in post-match phone-ins.” 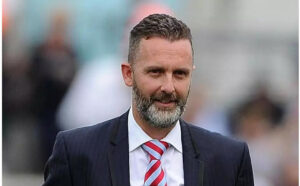 Mourinho will be part of the team for all three England group games, one last-16 game, two quarter-finals, one semi-final and the final. He brings in rich experience having managed close to 1,000 games and winning 25 trophies, including eight league titles and four major European honours.

He will be joined by former England stars Stuart Pearce and Trevor Sinclair and the SJA Sports Presenter of the Year, Laura Woods to give listeners all the latest news and live updates from the tournament.

Kenya Insights allows guest blogging, if you want to be published on Kenya’s most authoritative and accurate blog, have an expose, news TIPS, story angles, human interest stories, drop us an email on tips.kenyai[email protected] or via Telegram
Related Topics:Jose MourinhotalkSPORTTottenham
Up Next

Cristiano Ronaldo’s Rape Accuser Is Demanding Sh6B In Damages For ‘Past Pain, Future Pain And Suffering’