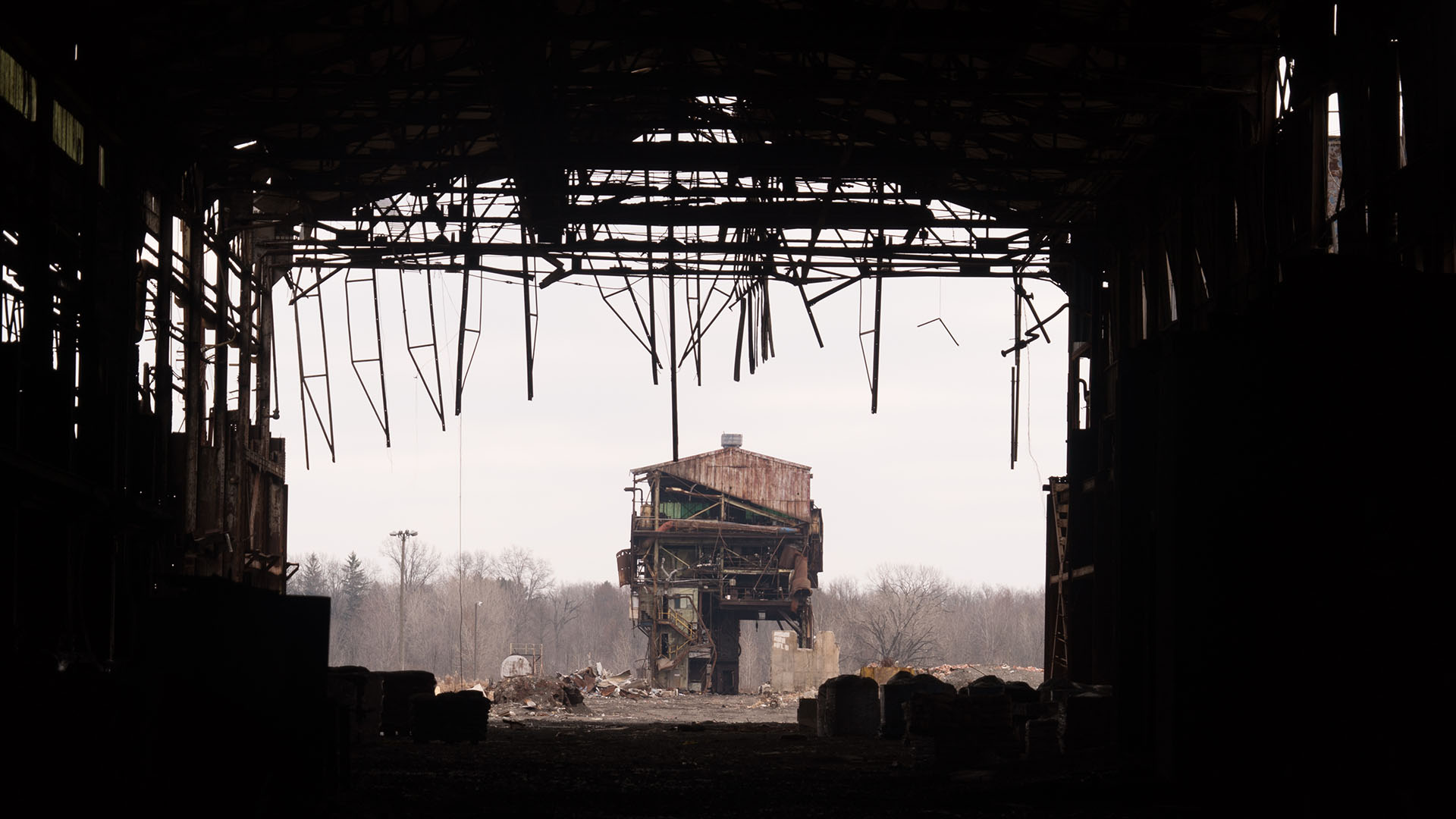 Abandoned buildings at Warren Steel, Ohio, one of a number of properties across the U.S. owned by a Ukrainian oligarch.

At least $2.3 billion has been laundered via U.S. real estate transactions in the last five years, according to a new report by a Washington, D.C.-based think tank.

By using a database of over 100 publicly reported real estate money laundering cases in the U.S., United Kingdom and Canada, Global Financial Integrity says the U.S. has become a preferred destination for those looking to use real estate to stash illicit funds — making it a “Kleptocrat’s dream.”

Public officials and their associates, known as politically exposed persons, were involved in more than half of the U.S. cases that GFI reviewed. Those PEPs include Genaro García Luna, a former Mexican security minister who bought millions of dollars of U.S. property while accused of taking bribes from the Sinaloa cartel, and the stepson of former Malaysian Prime Minister Najib Razak, who was arrested in 2019for his alleged role in the 1MDB scandal.

“[Real estate] provides a really easy way to hide ill-gotten gains with little oversight and few questions asked,” GFI policy director Lakshmi Kumar told the International Consortium of Investigative Journalists. “If you’re a criminal, why would you not choose a method that allows you to flaunt your wealth openly, but also hide its illicit nature?”

The U.S. was once considered at the regulatory forefront when it came to preventing money laundering through real estate, adding “persons involved in real estate closings and settlements” to the Bank Secrecy Act’s definition of financial institutions in 1988. But over time, Kumar says, the country lost ground to its peers in the U.K. and Europe.

“This is clearly a systemic issue globally,” Kumar said. “Everyone’s discovering how easy it is to use and abuse the real estate sector. The difference is that everyone else seems to have charted a path forward. They have put in legislation they’re trying to figure it out. In the U.S., we’re still held back.”

One of the biggest issues that the report cites is the use of geographic targeting orders as the U.S.’s primary tool to identify potential money laundering events. GTOs impose reporting requirements on real estate purchases, but only in narrowly targeted scenarios — large cash purchases by legal entities in specific geographic areas.

More than 60% of the U.S. cases examined in the report involved properties in at least one county not covered by a targeting order, which GFI says highlights the inadequacy of the system.

“A lot of the money laundering cases we saw reported in the U.K. and Canada were really concentrated in what you’d call real estate hubs in the country,” Kumar said. “In the U.S., that was not the case. It was spread far and wide.”

Another concern the report outlines is that the U.S. anti-money laundering regime is focused on residential purchases, when a significant portion of the cases GFI reviewed involve commercial real estate transactions.

The FinCEN Files, an investigation on global dirty money flows by ICIJ and BuzzFeed News, examined the impact of large-scale money laundering on middle America.

ICIJ found that Ukrainian oligarch Ihor Kolomoisky, whose case is cited in GFI’s report, amassed a Midwest real estate empire with his associates, at one time becoming Cleveland’s largest commercial landlords, and leaving behind a trail of unpaid property taxes, unemployed workers and dangerous factory conditions. Kolomoisky has since been sanctioned by the U.S. State Department.

Kumar said that because commercial deals often involve several parties and complex financing arrangements, they are an easy way to stash illicit money.

“When you talk about residential real estate, the heart of it is identifying who is the beneficial owner, [because] if you find out who the beneficial owner is, it also tells you who the criminal is,” Kumar told ICIJ. “In a commercial real estate investment, you don’t have to own the majority stake to be a criminal. You can own 2% of a $500 million property, and you are [still] laundering millions through it.”

The report also delves into the involvement of “gatekeepers” in real estate transactions and the direct role of real estate agents, lawyers and accountants in facilitating illicit transactions. But GFI also points to regulating private investment advisers as a more under-the-radar way of tackling real estate money laundering.

“Investment vehicles are one of the key methods in which to invest in commercial real estate in this country,” Kumar said. “And private equity, venture capital [and] hedge funds have no [anti-money laundering] requirements — so that becomes a black box, because you don’t know who is bringing what money into this country and how.”

The report proposes major overhauls to the U.S.’s anti-money laundering program to fill these gaps, including replacing GTOs with more stringent reporting requirements on real estate transactions across the country, robust implementation of the beneficial ownership registry passed this year as part of the Corporate Transparency Act, and urging the U.S. Treasury to issue specific regulations regarding purchases by foreign PEPs.

Related Content:  How Mombasa Hospital And Bank Of India Stole Sh15 Million From A British Octogenerian In Coma
Kenya Insights allows guest blogging, if you want to be published on Kenya’s most authoritative and accurate blog, have an expose, news TIPS, story angles, human interest stories, drop us an email on tips.kenyainsights@gmail.com or via Telegram
Related Topics:AccountabilityFinCEN Filesmoney laundering
Up Next

The 25 Most Powerful Passports in the World