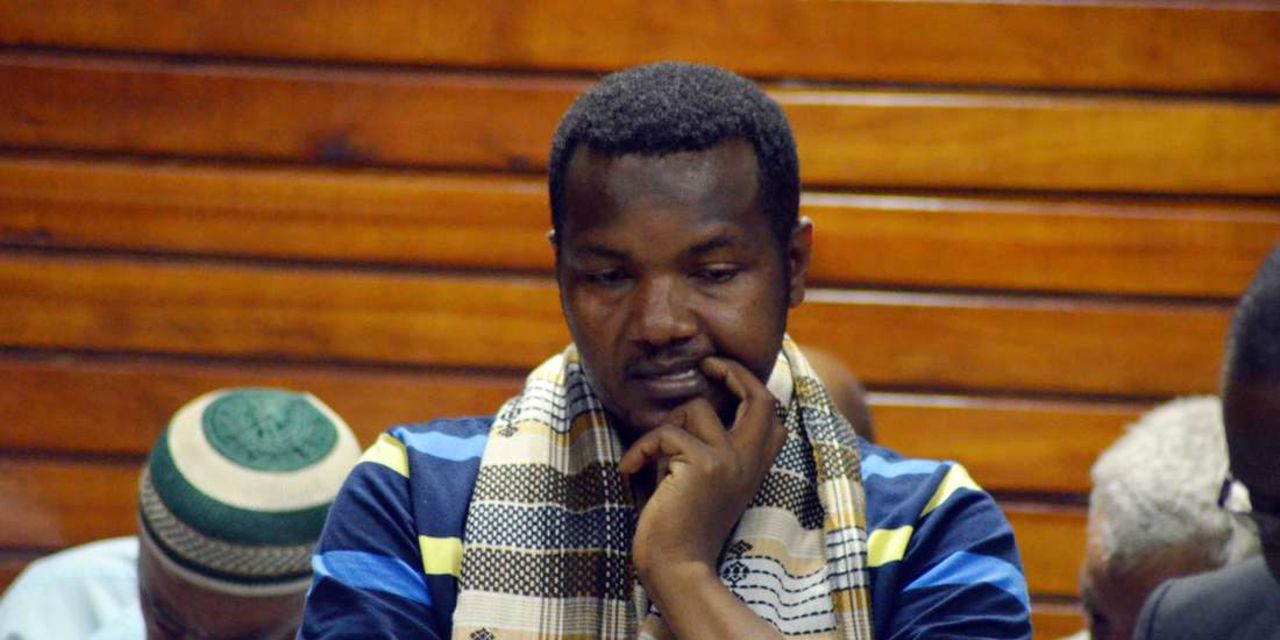 Mombasa politician Maur Bwanamaka, who is being prosecuted for trafficking heroin worth Sh1.3 billion and out on bond terms now risks having his freedom canceled.

This comes in the wake of a new development in the securities he placed before the court for his freedom. A family of a deceased person who had an agreement with Bwanamaka and gave up his title deed valued at Sh10M as first surety have come forward to claim the deed.

They asked the asking the magistrate to release the title for the property valued at more than Sh10 million as it is part of the estate that the family wants to be distributed.

Chief Magistrate Edna Nyaloti has advised the politician to produce new security should he want to continue enjoying his freedom pending determination of the criminal case.

In the case that had dragged in court for six years now, Mr Bwanamaka is jointly accused with others not before the court of trafficking by conveying in the cargo deck of ship Amin Darya, also known as Al Noor, 377.2 kilograms of granular heroin, 33,200 litres of liquid heroin and 2,400 litres of diesel mixed with heroin.

The State says that suspects committed the offence between July 2 and 18, 2014 at the Kilindini port berth number 8 in Mombasa County.

Kenya Insights allows guest blogging, if you want to be published on Kenya’s most authoritative and accurate blog, have an expose, news, story angles, human interest stories, drop us an email on tips.kenyainsights@gmail.com or via Telegram
Related Content:  ‪Sportpesa Owner Gerasim Nikolov Is A Wanted Criminal In Bulgaria But Enjoying Peace And Protection In Kenya‬
Related Topics:
Up Next