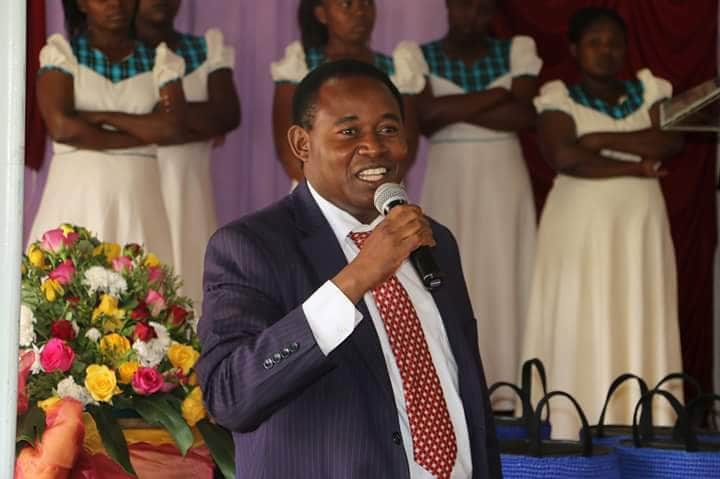 Machakos Senator Boniface Mutinda Kabaka is receiving treatment at the Nairobi Hospital after he fell unwell in the wee hours of Friday.

Kabaka was rushed to the hospital after a woman, whom he was with in a Kilimani apartment Thursday night, alerted the senator’s aide, Isaac Muinde, that the lawmaker had developed a severe headache.

The woman, identified as Esther Muli, a resident of Wote Town, said the senator took paracetamol tablets, but his condition did not improve.

Muli and Kabaka were in an apartment situated on Elgeyo Marakwet Road in the upmarket neighbourhood of Kilimani.

After Kabaka got ill, Muli alerted the apartment’s management, who called an ambulance that took the legislator to the Nairobi Hospital.

The senator’s wife, Jennifer Mueni Kabaka, was later informed by Kabaka’s aide, Isacc Muinde, about what had transpired.

Mueni rushed to Nairobi Hospital a few minutes past 3am Friday, and ascertained that her spouse had been admitted to the facility’s intensive care unit (ICU).

Mueni was accompanied to the hospital by other family members, including the senator’s other wife, Vascoline Katanu Kabaka.

Police say ‘evidence’ found in the Kilimani apartment where the senator and Mueni were in, ‘has been forwarded to the Government Chemist for analysis’.

Authorities describe some of the ‘evidence’ as ‘perishable’.

“The senator is still admitted at the Nairobi Hospital ICU,” says the police report.

Muli, who the senator was with Thursday night, is being held in lawful custody at the Kilimani Police Station.

Clinical Officers Vow To Down Their Tools Come Monday