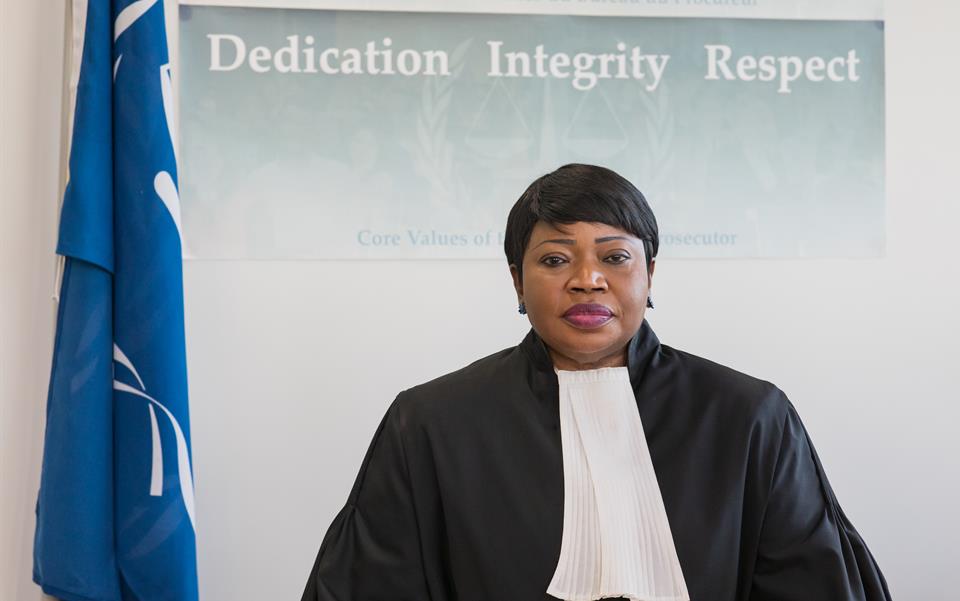 Deputy President William Ruto and radio presenter Joshua Sang are not out of the woods yet after their temporary reprieve. With the judges citing political interferences in the 2007/08 post election violence case, ICC vacated the cases against the DP and Mr Sang in April 2016 after the prosecution applied for their acquittal, citing paucity of evidence and threats against witnesses.

However, the ghost of PEV appears to have come to haunt again. Ruto and Sang were amongst the top individuals including President Uhuru whose case was terminated as having the greatest responsibility in the bloody PEV.

Now the International Criminal Court (ICC) Chief Prosecutor Fatou Bensouda says the court is open to receive fresh information pertaining the case before them against the two. This comes in the wake of DCI revisiting the PEV cases by calling upon victims under threat to record new statements with the investigating agency.

In an interview with Kenya’s Daily Nation newspaper, Ms Bensouda said that since the cases against the duo were not terminated, her office is ready for any fresh information from either the government of Kenya or any individual.

“As you are aware, on April 5, 2016, Trial Chamber V (A) vacated the charges against William Samuel Ruto and Joshua Arap Sang, without prejudice to the Prosecution bringing a new case in the future, or in a different form, in light of new evidence,” she said.

“As a general matter, in accordance with Art. 15 of the Rome Statute – the founding treaty of the ICC – any individual or group from anywhere in the world may send information on alleged crimes to the ICC Prosecutor, who is duty-bound to protect the confidentiality of the information received. The office analyses any such materials submitted, as appropriate, in accordance with the Rome Statute and with full independence and impartiality,” Ms Bensouda said in an email to the Daily Nation.

All this comes in the backdrop of Kenyan lawyer Paul Gicheru was wanted on an ICC arrest warrant dating from 2015 that accused him of trying to bribe six prosecution witnesses to recant testimony in the case against Ruto surrendering to The Hague based court.

Prosecutors allege that Paul Gicheru and another lawyer, Philip Kipkoech Bett, corruptly influenced six witnesses in their investigations into deadly violence that erupted after Kenya’s 2007 elections. Bett isn’t in custody.

A judge who signed off on their arrest warrant in 2015 said there were reasonable grounds to believe that Gicheru was a manager and coordinator of a scheme to offer bribes and other inducements to prosecution witnesses in return for withdrawing their statements.

Ruto and legislators allied to him have accused the deep state of resurrecting the case as a scheme to block his 2022 presidential bid. While he’s putting a string face in the public, sources indicate that the DP is gearing up for another battle in the court. He recently flew out to Dubai in what insiders say was a meeting with high end lawyers in putting down a slate for the possible resurrection of the case.