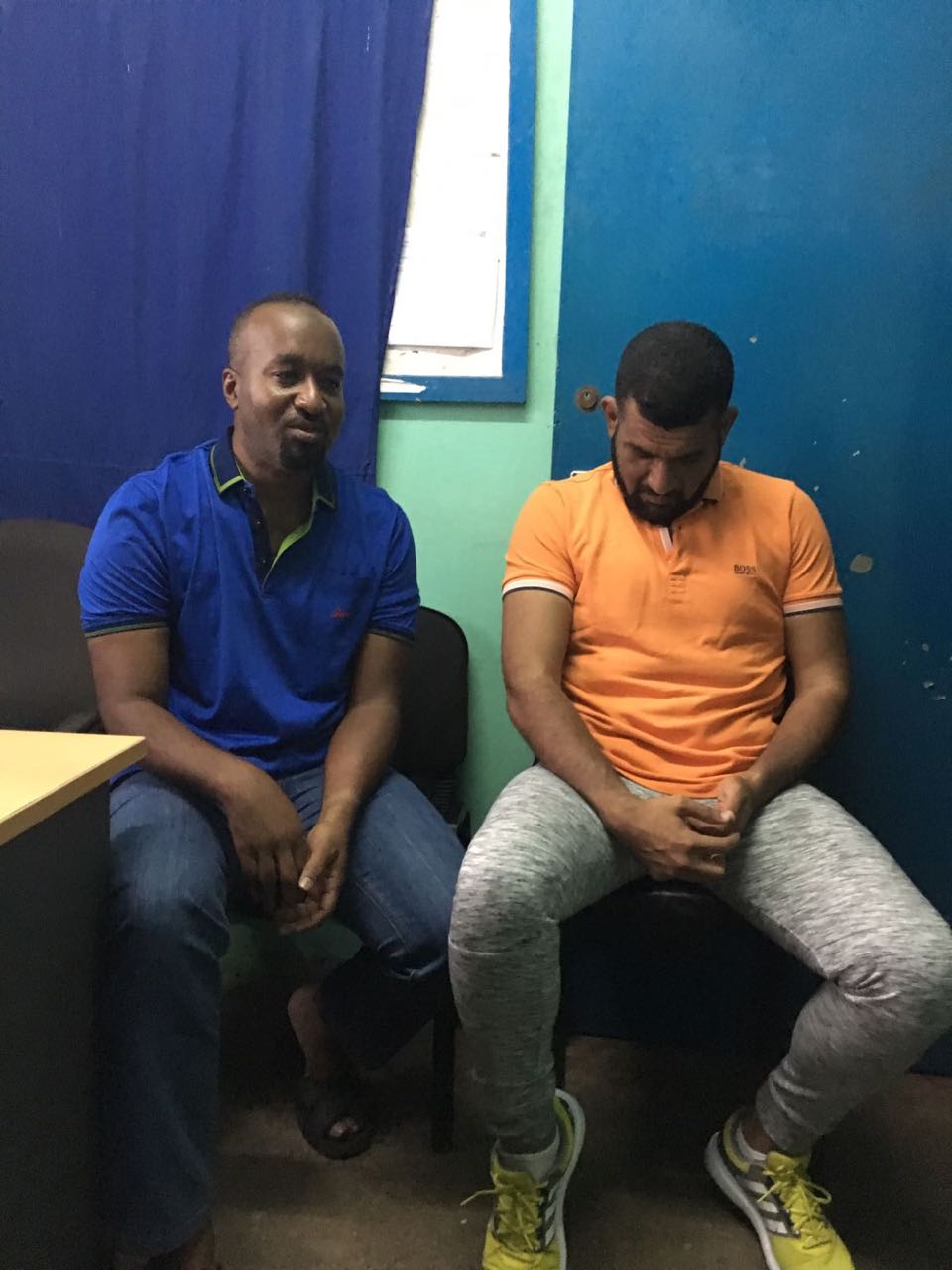 Mombasa Governor and his counterpart Mvita MP are currently being held at Urban Station by police in Mombasa. This follows week-long dramas surrounding the governor who has his security details withdrawn following the incident where he told the President in his face development projects in Mombasa.

The government has since rejected guards sent to him by the state and even vacated his home to undisclosed New home. For a good part of Friday, police officers raided and ransacked several homes belonging to Joho and his relatives looking for him supposedly. His close friends now allege the officers have been fighting to frame the governor and that the raids we saw as last options to plant incriminating material on him.

John has particularly been in wrong books and bad blood with the colonial administrator Marwa who has consistently vowed to make his life hell as long as he maintains being disrespectful to the President through constant attacks.

However, We learn calls were made from above before making the decision to detain the Governor and the MP. The intention was to hold the two through the weekend. It was a case of wrong time at the wrong place but a blessing to the state to instill some fear on the Governor who has supposedly become a thorn in the flesh with harsh criticism on the Jubilee government.

The news soon hit the internet and instantly pumped tension not only on social media but Joho’s supporters had started matching to the police station where the Governor was being held. Through the PCIO, Police IG moved quickly to intervene and order for their release.

Joho has ultimately rejected new security guards allocated to him by the state and opted for his private security. However, there is the plot hatched by Marwa according to Joho’s confidants to disarm his arm licensed friends whom he always surrounds himself with a desperate bid to leave the Governor exposed and unarmed.

The rivalry between Joho and Unity is beyond politics and it’s only a matter of time before the stories will be told. As of the time this article was going live, Joho has been released from police custody. The arrest had created animosity amongst CORD supporters who believe the moves are meant to intimidate Joho.