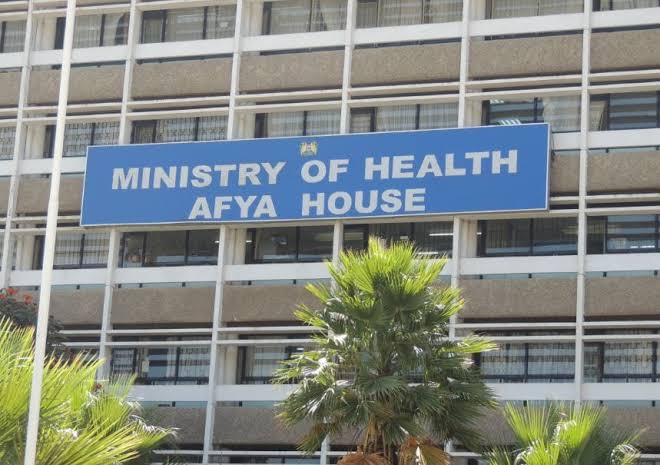 World Health Organization (WHO) director-general Tedros Adhanom Ghebreyesus warned that there will be many more “body bags” if countries did not behave asking them to stop politicising the pandemic and focus on containing the pandemic.

“Now is the time for unity, for the international community to work together in solidarity to stop this virus and its shattering consequences. We do not want to record more deaths,” the WHO chief said.

According to a projection released by scientists, the country is likely to lose 620,500 people by next year February if no sufficient measures are taken and the virus hit its peak.

In the worst scenario, the model projects that about two million Kenyans, which translates to 88 per cent of the population will be asymptomatic and about 356,000 people moderately affected by the virus. On the severe side, 114,470 individuals will need serious attention including the intensive care unit and ventilators during the same period, this is if the measures put in place by the government are relaxed. “The projections are not fixed and are based on the current measures and how Kenyans are willing to adhere. Behaviour change will determine the change in the modelling as well,” said Prof Omu Anzala, a microbiologist, who was also part of the disease modelling.

Already, some counties have started preparing public graveyards in readiness for an anticipated increase in Covid-19 related deaths as coronavirus infections soar.

In Kisii, Siaya, and Kakamega, leaders have already identified large swathes of land for the same. Siaya which neither have ICU beds nor even a ventilator. A careless County Government!

The Kakamega governor said his county had identified two parcels of land for mass graves.

In Kisii County, officials from the National Multi-Agency Covid-19 Command Centre visited last week to discuss with the county leadership about their preparedness to deal with fatalities.

The team was informed that the county has set aside a 13-acre piece of land at Nyatieko in Kitutu Chache South to be used as a cemetery.

In Siaya, health executive Dorothy Owino said the county had bought sufficient body bags. Land executive Adrian Ouma said six acres have been set aside in Sega, four acres in Siaya town while Ugunja, Rarieda, Gem and Bondo sub-counties have one acre each.

The Laikipia County government has bought enough body bags to take care of a rise in deaths, Health executive Lenai Kamario told Kenya insights on Monday, adding that the burial grounds were adequate.

The gravity of the pandemic has jolted counties in the wake of the spiralling infections, with attention shifting to the worst scenario in which many lives maybe lost.

The government has ordered for the procurement of 100,000 Covid-19 body bags, in what is described as preparations for a “worst-case” scenario.

In a memo seen by the Kenya insights from the Ministry of Health to Kenya Medical Supplies Agency, the bags have to be doubled bagged and be made with heavy-duty vinyl Polyvinyl chloride (PVC) plastic bag.

The bag, which is for the adult size, 40 by 90 inches of 0.4 millimeter thickness, must have an envelope zipper and should be preferably white in colour.

Related Content:  American Rapper Kanye West Announces That He’s Running For President In 2020
Kenya Insights allows guest blogging, if you want to be published on Kenya’s most authoritative and accurate blog, have an expose, news TIPS, story angles, human interest stories, drop us an email on [email protected] or via Telegram
Related Topics:
Up Next

JohnBosco is a Liberated Mind. Polymath. Incisive Pundit on Governance, Independent Investigative Commentator and a Medic. For any insightful info email [johnboscoow[email protected]]