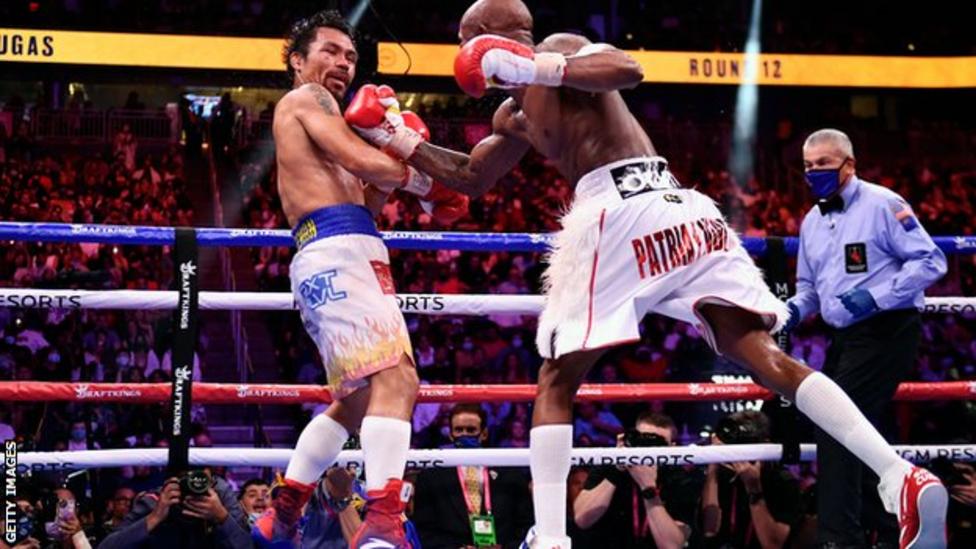 Cuban Yordenis Ugas pulled off a stunning victory over 42-year-old former champion Manny Pacquiao with a unanimous decision to retain his WBA welterweight world title after an intense fight in Las Vegas on Saturday.

The judges scored the fight 115-113 116-112 116-112 in favour of Ugas, who controlled the second half of the contest with his jab as the more aggressive Pacquiao struggled to land his punches on his return to the ring after a two-year absence.

“Now the plan is to unify the title,” Ugas, 35, said in the ring through a translator. “Everyone said he was the champion, now they know who the real champion is.”

Pacquiao was initially preparing to fight WBC and IBF welterweight champion Errol Spence, Jr. but a retinal tear in the American’s left eye forced him to withdraw, with Ugas agreeing to step in at less than two weeks’ notice. read more

Ugas had been elevated to WBA super champion after Pacquiao was stripped of the belt because of inactivity as he had not fought since July 2019 and the Filipino looked desperate to get it back.

The clear favourite of the 17,438 fans at the T-Mobile Arena, southpaw Pacquiao came out aggressively in the early rounds with his trademark speed and combinations.

Ugas’s long reach enabled him to keep the former eight-division world champion at arm’s length, however, and his jab was proving an effective, if not fight-winning, weapon.

Pacquiao continued to throw almost twice as many punches as his opponent but the Cuban was more accurate with his, and there was plenty of sting in the big rights he was starting to land over the top.

The crowd was reduced to a nervous silence as the fight headed into the final rounds with no sign of the knockout that Pacquiao needed to come out a winner, although spectators were roused into voice when the fighters went toe-to-toe in the 10th.

Ultimately, though, Pacquiao’s ageing legs had nothing more to give and Ugas, a bronze medallist at the 2008 Beijing Olympics, earned the decision to improve his record to 27-4.

Pacquiao, the only man in boxing history to hold world titles in eight different divisions and one of the greatest boxers of all time, will announce next month if he will run for the presidency of the Philippines in the 2022 elections.

Kenya Insights allows guest blogging, if you want to be published on Kenya’s most authoritative and accurate blog, have an expose, news TIPS, story angles, human interest stories, drop us an email on [email protected] or via Telegram
Related Topics:Manny PacquiawelterweightYordenis Ugas
Up Next

Uganda To Give Lifetime Salaries, Houses, Cars To Olympics Medalists